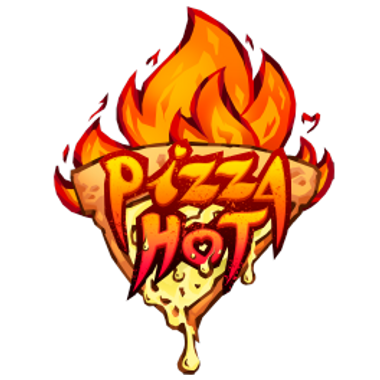 I am back with Pizza Hot! 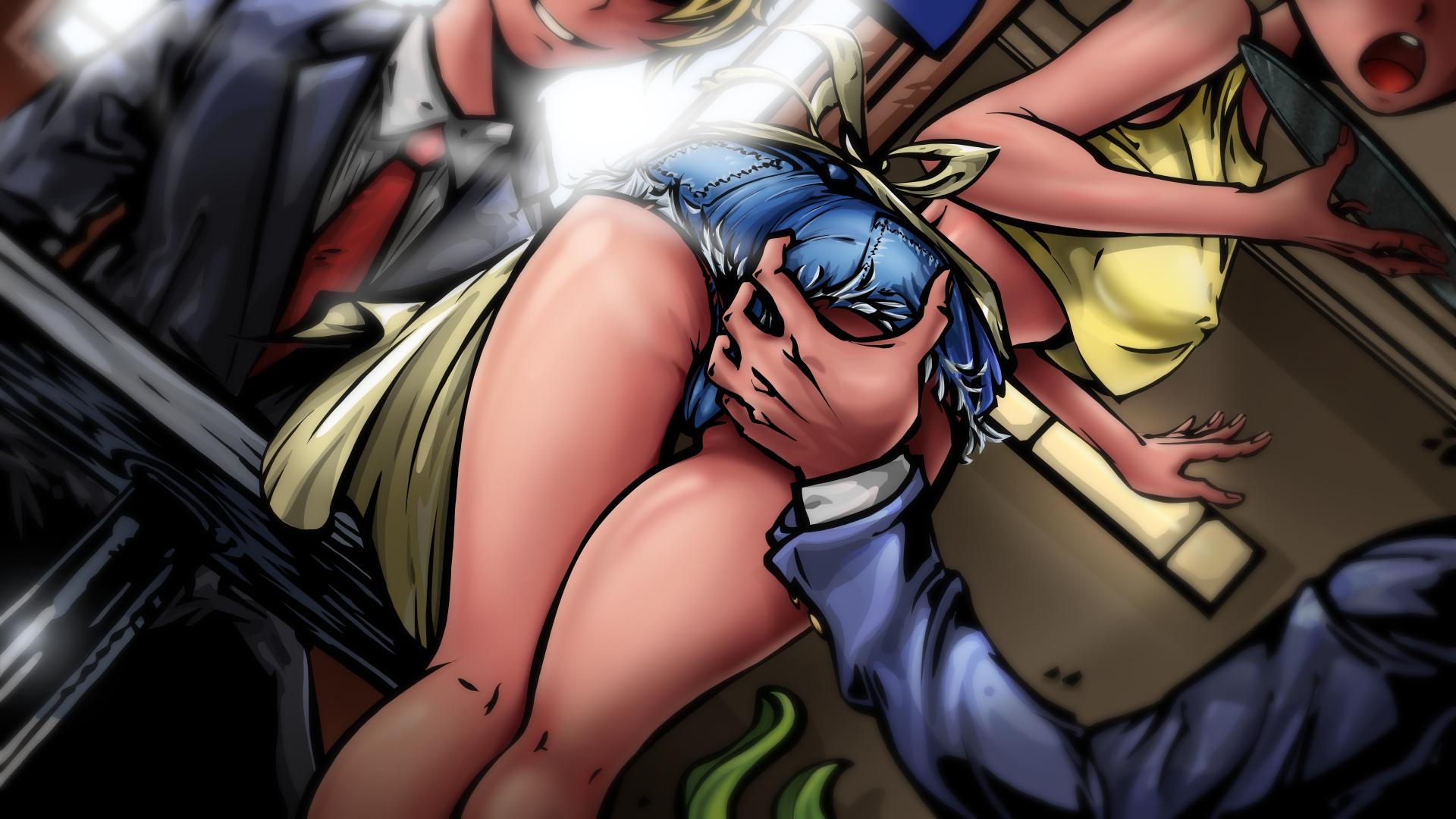 After several months of quietly working in my garage, I am ready to present to you my new creation: Pizza Hot!

This is a game about a freshman college student going to the big city to study interpretation but, things don't go exactly as planned, and she needs to take a part-time job at a seedy restaurant to pay for her rent and expenses.

It features an uncommon mix of various genres. It is fully animated as a casual side-scroller game, also with a big focus on dialogues and character development. And in time it will become open world.

But above all, this is a game of gradual sexual discovery for our protagonist. Let me be brutally transparent: this is not a game to fap to ten minutes after pushing the New Game button.

Jenny has a very innocent personality, and everything is new to her. Everything.

In time, if you want to, she could become a sex fiend willing to please multiple men and women in public places. Trust me, I have BIG plans for her.

But this is just the start of the voyage, so you won't find hard-core sexual content in this playable intro we've started with.

However, that will change very soon, as we will update this game monthly, so you won't take much longer until seeing some action.

Yes, you've heard it right: Pizza Hot! will have an update every month, unlike other projects that take for granted their supporters' money.

That's our commitment, and I'm leaving this pinned on the front page for everybody to see.

Finally, keep in mind this game's final form is not yet done. What you see is just the tip of the iceberg, the intro consisting of two days of sequential gameplay, so you can guess what's in store.

In future versions, we will introduce more freedom to dispose of Jenny's days as you see fit, adding numerous locations, new stats, and mechanics.

I didn't do it yet, because even if I'm an unbelievable hard worker, we're just two people, and my main priority is to give consistent updates to our fans, not turning this project into my own personal technical playground.

2022 already. It goes without saying I have high hopes for this year to be better than the previous two, but I'm sure I'm not alone in that sentiment.

Nevertheless, this year will be especially important for me because of the game gaining momentum and dimension.

I mean, even if I'm focusing on making v0.4 content (because by no means will the month pass without an update), I'm still facing technical trials that need to be solved in the most automated and modular way possible.

For example, take the height and scale differences between characters.

You may not even have noticed, but they have nine heights, and that absolutely affects how they seat, hold onto handles in the bus, where their hands end up in sex animations...

And the most important thing of all: how their dicks are aligned with the naughty bits of the females, mouth included. And yes, there are also ten different dick lengths and thicknesses...

So, yesterday I had my first production build contact with that problem. And it went well. I modified the rigs in the right way so the dick is always aligned with the "target", regardless of...:

Different heights make the dick position being up or down the actual entry, and long dicks make the tip being already inside the pussy or mouth, and shorter dicks don't even reach the entrance.

So, I resourced to transform, path and IKs constraints, all mixed to make possible that every activated item (height, dick, shoes) contributed an adjustment to the final position of the dick, hips, and feet. And bone followers in Unity, which is another story.

Of course it sounds simple described like that, but it took me a whole day to devise and test the constraints, because Spine already hates me for the torture I subject it to, and I already have hundreds of themrunning on my skeletons.

(My) LOK Rebirth only had three models with a fixed height setting. All dicks were the same size. Krystal's boots didn't modify her height. And the game had success all the same. So why bothering with all this...?

On one hand, I could tell you this is a long-term investment I'm making. And it would be true. Because if I do this, then I can create events where every character drilling Jenny's holes is randomly generated, and the ultimate objective of Pizza Hot! is to make a waitress free-use simulator in addition to a gradual corruption story.

But, on the other hand, I'm doing this for the same reason people climb mountains... because they're there.

Life would be quite boring without challenging yourself, without conscious self-improvement, and trying hard to be better. When I overcome difficulties making the game, I feel quite good.

But I know I'm paying a price for this. I'm making a game with the most complex rigged 2D models I know of in this small perv semi-amateur world of ours, and that makes me invest more time than other creators in making colored bits screw themselves, which is the main obvious selling point in convincing people supporting your work.

So why? Well... maybe it's because I think I'm filling an empty void.

I know most people compare my game to Insexsity, but even though I respect other creators' work, you can't even start putting both animation works on the same league.

Then there are a number of other games you could classify as side-scrollers, but they tend to switch to full screen CG animations when things get messy. That is: when you realize you need to sandwich 50+ part renderers on every sex animation you make, considering dozen of outfits, hairstyles, and their secondary motion.

The new LOK Rebirth, for example. They recently decided to drop the in-game sex animations, after finally realizing the monstruous technical commitment they represent. Switched to CGs as well. I wasn't surprised...

So... yeah. I'm almost alone in this type of game. Which I think it'll be a good thing in the long term.

As long as I still need to solve problems, playing time between versions may seem underwhelming for some, and I know that will have a cost in raw supporter count, which is normal and expected, but certainly a concern.

However, these challenges I'm steadly taking out of the way, mean I won't need to face them again for more abundant results in the future. So, bear with me.

December wasn't a good month for the project's growth, but it wasn't bad either, even more considering I decided to spend time improving the engine and clearing bugs. And for that patience I thank you people.

My commitment regarding regular updates is still there and it'll always be regardless of the figure on the corner of this page. If life taught me anything it's don't take anything (or anyone) for granted, and don't ever give up.

Hey there, people. A brief status update or proof of life entry before we enter the final week of the year.

These days I've been busy moving the entire restaurant logic into a self-contained prefab, which should make their associated bugs less frequent. I've cleared more issues, made the game more performant, and implemented a useful bug reporting tool that you'll be able to access from anywhere in the game, including faded-out screens, with F1.

They say an image is worth a thousand words, so I'll give you some. But, in a nutshell: you'll be able to send bug reports to a private Trello board I have, to classify issues. Just fill in a description if you like, and I'll get it along with a screenshot, the Player.log, and your last savegame. All automated.

And this final task in my quest for a reliable game engine marks the start of v0.4 content development. It'll be ready for January, no doubt. When exactly I don't know / won't tell, to not stress me out again needlessly, but the sure thing is that I won't stop working until then, so it should be a decent update, and things should warm up nicely story-wise.

After a busy week of just focusing on solving bugs and make the game more performant, I'm quite satisfied with this version.

I found two or three bugs/issues that really compromised the stability of the engine, and I'm actually impressed the game ran at all before, lol.

But now they're gone. Others will take their place, no doubt, but for the remainder of this update cycle I'll focus on content creation.

Let's see if I can give you guys something naughty for these Holidays! ^_^

I've been a bit silent these past days, in part for having a couple of low-pressure headaches (those make me grumpy), and also that I'm focusing on fixing a big memory leak that I've noticed only now.

It is related to scene transitions where objects are destroyed, and with them, several finite state machines that should be disposed of. But now I'm not so sure of that actually happening, because I'm seeing hundreds of action instances in a frame, where there should be only a couple dozen.

And that means scene transitions getting slower with time spent playing. That is not something you ignore and pray for the best. It needs to be identified and fixed. Otherwise the game will be unplayable when things start getting serious with lots of trips around the city.

So, I'm afraid I don't have anything exciting to show you other than the picture of the recursive functions of my monkey coding. I'm also removing those, ofc.

At any rate, when I'm finished with this issue, I'll start adding new content and previews will get a bit more interesting.

$1,317 of $1,500
per month
Not gonna lie to you: my savings from my previous project are close to zero, and this kind of complex game needs full-time commitment. It's not something you can do in your free time and give regular updates. Reaching this amount would prevent us needing to take a regular job in the next six months, so we can keep our total focus on the project and avoid delays.