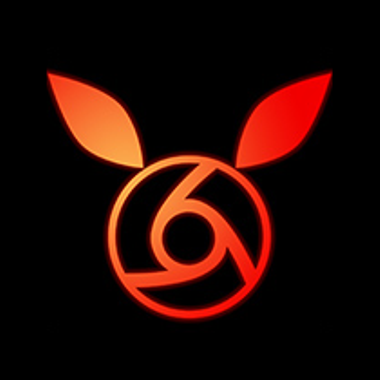 
Hi, all. So here’s the more proper update for this month. I’m sorry to say that the next build of the game is still a ways off as I’ve been really challenged with what I’m trying to do with the willpower game mechanics.

Willpower
Since some useful suggestions were offered to me after my post on it last month, I hit up Emmeken (who has worked on Student Transfer) for some ideas on what I might be doing wrong. The short version appears to be: I have no idea what I’m doing. ;)

There were certainly some good suggestions, but I have to acknowledge that my knowledge of Python programming really is cobbled together from things I’ve gleaned on various posts about customizing Ren’Py, and nothing I’ve obtained properly. I’m increasingly thinking I should work on building a proper knowledge of Python, be it from classes or books on the topic, as so much of what I’m trying to do is really outside the bounds of standard Ren’Py.

Regardless, I plan to keep plugging away at this aspect of Interns until I can get a willpower mechanic for the game that is functional, so that we can finally have some gameplay mechanics in our “game.”
Image set
It’s been a while since I had anything special for backers, but I’ve been periodically working on my next image series. I already teased out an early image a while back, but I’m satisfied enough with the rest to release them. This latest set is all May in an arcade. (I went with her first TF stage where she’s a little curvier with longer hair.)

As before, the main set will be available to everyone backing $5 and up, and I made a few more explicit ones as a special thanks for those who have been pledging more.

To make things a bit easier, I have the sample images over on my blog.

As a reminder, the post with rewards for $5 backers is here.
And the post for those pledging $10-and-up can be found here.

BTS
For our look behind the scenes, I thought I’d show some of the various 3D stuff I’ve been assembling for future use. Mostly I have some new hair models that I’ve been getting ready for some guest characters, but I’ve been acquiring more sets and props that will eventually make their way into more images so that we can have our characters actually inhabiting the environment in CGs.


Hey all. I should probably be working on a real update post, but I know it’s been a while, so I thought, for now, just a quick post so you that I’m still here.

For anyone who has forgotten, just a quick reminder that the Discord is a thing, and I’ll randomly post a comment, sample, or complaint based on whatever it is I’m working on. When it comes to you hearing from me, that tends to be quicker for me (and probably more appropriate) than writing up a whole post to put out on all of the usual channels.
https://discord.gg/qzQqD27utV

I’m finally getting over being sick after, what was it, a month? So it’s helpful that my head is a bit clearer now.

The willpower checks in menus is still my main focus, but between struggling with getting my head around the logic and my terrible programming knowledge resulting in code that doesn’t behave the way I think it should, it’s been slow going.

When that frustrates me, I’ll work on the graphics end of things. I’ve got some new UI elements for the willpower checks, and I’m working on getting an actual willpower bar to display how much the PC has.

(Quick sample of the evolution of the icons, give or take a couple.)

As for the post image, that was just a quick experiment after someone pointed me to the Prequel app. I already get mixed results with trying to get a painted effect for the game backgrounds, but it’s interesting to see how this kind of filtering is getting a real boost as AI begins to be involved.

I’ll be really interested to see if any professional-grade tools start popping up that use that kind of tech. Until then, sadly, that kind of art style will have to wait.

Anyway, there will probably be a bigger post or two coming along in the not-too-distant future.