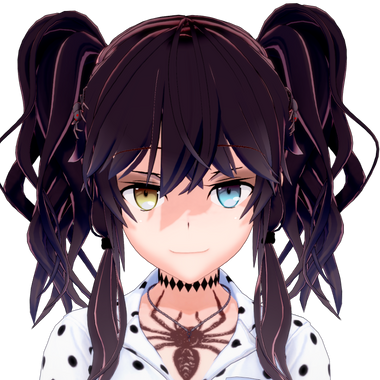 Your name on a girl's dry-erase board

Subscriber role on the Discord

Your name on a girl's dry-erase board

Subscriber role on the Discord

Your name or a message on 2 of the girls' dorm-boards.

Patron only posts and messages Voting on new content (4x voting power) Early access to updates (2 Weeks in advance) VIP Label in the game's Yearbook Your name or a message on 2 of the girls' dorm-boards. Custom role on Discord (DM me what you want your role to be) ONE Custom image request every month (3 Character max not including Sensei)

Limited (5 out of 5) subscriptions
Limit reached
$50
per month

3 Image requests per month (Up to 3 characters per image)

10 Dorm Signatures (1 For each board)

Special test builds of the game before it goes live

My undying love and affection 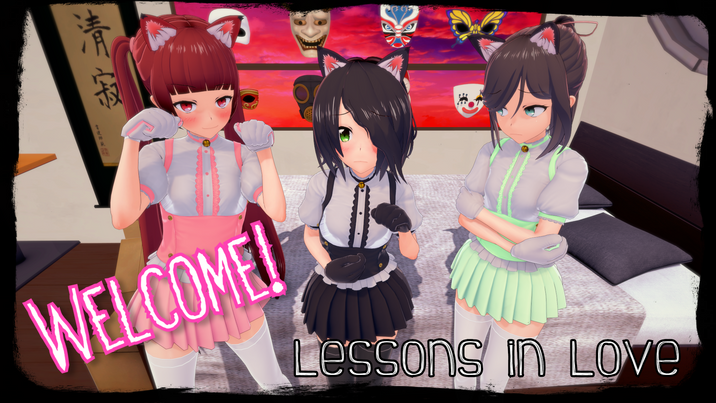 Subeles
Public post
Hey, everyone!
Lessons in Love has been around for about a year and a half now and, within that time, I believe I have improved greatly as a developer in many different ways.  I am happier with the current state of the game now than ever before and think the last several updates have been some of the highest quality of work I've ever put out for...pretty much anything. That being said, there are still many things about the game that I KNOW can be improved- and almost all of them come from the first several updates, when I was still figuring out how to use all of the programs and how exactly I was going to execute the story I had in mind. I was working another full time job up until version 0.8.0 and was never able to put in as much time as I wanted.
But, now that this game is my full time job, I feel that it is my duty to make sure ALL of the game is up to the standards I have set over the last year. But, in order to do that, a great deal of the early game needs to be completely remade.
IMPORTANT THINGS TO KNOW:
- You will NOT have to start over. Current saves will stay functional and you're free to completely ignore any of the new early game content if you want.
- This will be a laborious undertaking. I expect to be working on recreating a great deal of early game content throughout the months of February and March.
- Progress reports for the rework will be posted to both the Discord and here so everyone knows the status of it and how much is left.
- Several events are being completely removed so that progression for characters like Ayane, Futaba, and Makoto feels less rushed.
- Any event that is removed from the game will still be accessible through a "Deleted Scenes" menu added to Sensei's computer.
- You will be able to access the new events through the event tracker if you do not want to play from the beginning again. However, if you have 100 hours or so to spare, I highly recommend that you do.
But Selebus, why are you doing THIS instead of just making new content?
Well, as I mentioned before, it is very important to me to have ALL of Lessons in Love at the same level the game is at now. But, in addition to that, I want to bring in new players who weren't exactly able to make it past a lot of the awkward, weirdly-paced early game. Thousands of new players pick up LiL for the first time every month, and I want to make sure that their experience is consistent, enjoyable, and just...not bad.
Is there anything I can do to help?
Yes, actually! But it's completely optional. Despite what many of you seem to believe, I am, in fact, a human. And as a human, there is only so much I am capable of. Lessons in Love has a lot of fucking characters, and since a great deal of the early game is being rewritten, some continuity errors might slip through my radar. It's not impossible that characters will reference deleted scenes in later events. In fact, I expect that thing to happen. So, if it does, please point it out to me so I can fix it properly. I'll be making a series of new, rework-dedicated channels on the Discord where players can point out both inconsistencies and things they believe could be improved.
Are you going to delete the Ayane bathroom scene?
Yes. Fuck that scene.
I understand that some people may be disappointed by the lack of new content in March and April, but I do wholeheartedly believe that this is in the best interest of the game. The early updates have been weighing on me for quite some time and, the sooner they're gone, the sooner I can get back to focusing on where we are today.
BESIDES, it's not like this rework won't bring any new content at all. Expect brand new events for pretty much everyone. Some characters, however, might receive a few more depending on how happy I am with their early game progression.
This isn't happening right away. There are still several normal updates and one special update coming before progress on the rework begins. But I wanted to give everyone notice ahead of time so, like always, you can know what I have planned for the future.
That said, here is a brief synopsis of the next several updates in chronological order.
0.21.0 Part 1 (11/15/21) - Noriko/Kirin/Niki/Maki
0.21.0 Part 2 (12/15/21) - Yumi/Chika/Sara/Yuki
0.22.0 (1/15/22) - Special Christmas Update
0.23.0 Part 1 (2/1/22) - Maya/Otoha/Nodoka/Kaori
0.23.0 Part 2 (2/16/22) - Main/Ami/Touka/Tsubasa/Tsukasa
0.24.0 (TBA) - Early Game Rework
If anyone has any questions, feel free to ask!
Thanks as always for playing my game.

Subeles
Public post
Lessons in Love MERCH Shop Opening 10/26
At long last, the official Lessons in Love merchandise store is opening.
The store will be going live to the general public on 10/27 at 12:00 AM EST.

Patrons will have access 24 hours early (10/26 at 12:00 AM EST) and supply is limited, so there may not be any items available for the public site launch.
Only the smile logo shirt is available for the first merch run.
Expect a restock sometime in late November in time for the holiday season.
Shirts are $25 each.
US shipping is roughly $3.50.
International shipping is available, but very expensive for some countries.
The link to the shop will be posted here and on Discord once it goes live.

Cheunart
Pervert artist from far side of the earth