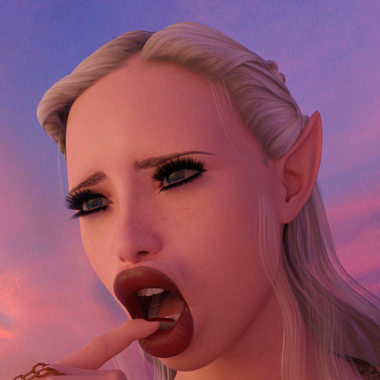 Screwthename
By proceeding, you confirm that you are
at least 18 years of age.
Yes, I choose to proceed
Cancel
Cancel

18+
Screwthename
Hi ! I'm making a game with transformation and huge proportion. Toss a coin to the dev if you want to help make it better !
3D
Nsfw
Rpg
Game
Subscribe
Send Message

I'm Screwthename, currently working on NSFW game using RPG Maker and 3D images as the base for it. I just finally released the first version of it, after months of works, and I hope you'll all enjoy it. The game will contain a lot of various fetishes, for now mainly focused on Body modification/Transformation and huge proportions, but I'll add way more as I progress, like Futa, Bestiality, impregnation and various others.
I'm working alone on this project, making all the images, coding, implentations and 2D sprites myself, which take a lot of times. So don't expect to see an update every two weeks ! But I really want to be as complete and as enjoyable as possible, and I hope I'll be able to acheive that.
I also do some pinups image for fun and the pleasure of your eyes, most of them that'll end up being used in the game as a collectible too. All of my work is destined to be free, but those who financially support me will of course have small advantages, like seeing completes dev blogs, voting for what'll be the next images and even access the BETA of the game some time before the official release.
And even if for now I have plenty of time to work on this, maybe later it'll won't be the same and the update rythm might be even slower. But on the other hand I have a professional project for later, so I don't know if I'll end up working full time on this, even if I gain enough. It's just to clarify, I don't want to deceive you. But clearly I enjoy working on this project and I hope it'll go far. And all of this was made possible with your support, so thanks a lot for that !
Useful links :
My Twitter : https://twitter.com/Screwthename1
V0.01 of the game : https://mega.nz/file/bDgTWKQD#wi--QgAV1VbE7t2GvYrIH1b8rpp8ukZycizsPJS7aCI

You don't have any money to spend on this but still want to have some news from time to time and participate on the Discord ? This might be for you !

-Access to the game as soon as it's released

-All the previous rewards

-Access to polls and discussion about the game features

-All the previous rewards 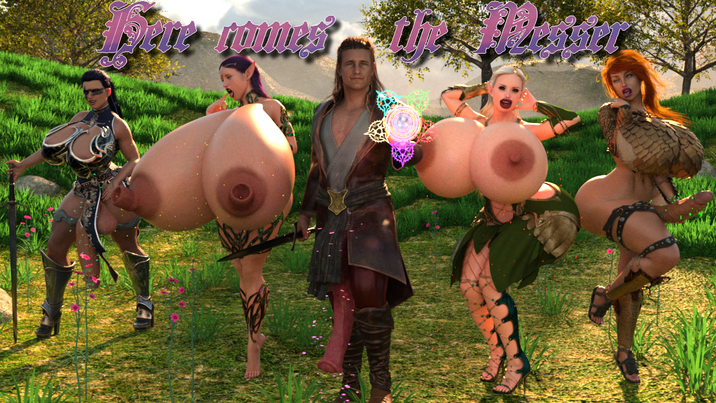 It's monday ! Time for a new pinup poll !

Here's a new dev blog ! It's been a while

The rest of this week's pinups !

Podcast : Let's talk about the game !


Hello there !
I made a small podcast, talking about who I am, the next release, what I plan to do in the long run, and all things like that. It's a test, so tell me if you liked it.
Warning, my accent is awful, and we're far from a professional recordin, so there might be hesitation and other problematic noises ^^' But overall it should be understandable xD

Back to the pinups images !


Yes ! Finally !!! It is here for all to enjoy !  It's the result of month of work, to try to make it as good as possible. I really hope you'll like it, because there's more to come ! :D

Thanks a lot for your support, even if you can't financially help. And jion the discord to talk about the game and all !

The first release is here !

Hello there !
First of all, I hope you had a great christmas, and I hope you'll have a great New Year celebration too (shouldn't be too hard, everyone can't wait to end this shitty year). Enjoy holidays, stay safe and try to drink responsively...

Here are some news thought, since I guess it's mainly why you're reading this. I still don't have my PC back... It should be fixed in a day or two thought, but right after that come the New Year, and I'll probably too drunk to work for a few days, so I probably won't have the opportunity to finish the first release before January... As for the christmas special images that you could expect, I'm not really sure if I'll do these, since they probably won't be ready until mid-January which is way past christmas... Sadly, this damn computer fucked a lot of my plans. Though, if you still want to see these images, I'll probably make a public poll, so be sure to check this ;)

Speaking about public things ! I decided to make a new free tier, for those who want to follow my work and participate on the Discord, but don't have the money to financially support me. I intend to make my work available to everyone, so this feels like a good thing to do. There's still small incentives for those who take the paid tier, of course. But even people who can't pay for this should have a way to have some news and discuss of the game on the Discord ! :D

Once again thanks a lot for your support, I'm deeply sorry for the delay. And even have new images to share here or on twitter because still no PC. I just can't wait to be back to work (after sobering up from New Year though). I guess the good part is tha I had the break I needed, would just have been better if it was AFTER the release. But anyway ! Happy holidays to all of you, I'll be back soon ! :D

Hello there !
I'm gonna make some post from time to time that are public like this one, so you can follow my progress even if you don't have the money to support me. So this should tell you the state of the game and what you can basically expect from it. If you're already supporting me and following my dev blogs, you won't learn anything new here, no point to read (unless you really like my rambling).

So, let's start with the bad news. The first version is almost done, and it should have been releasd next Monday. But my PC died this morning... It's in reparation, but I won't have it before two weeks, and it might take more if it's a serious problem. So sadly I'll have to delay the release... I have no idea when it'll be, but it should be retty quick, since I shouldn't loose a lot of data (I hope). I'll announce it to you when it's ready.

Let's talk about the game, and what you can expect then ! In case you haven't tested the combat demo you can find it here : https://mega.nz/file/afYhQCra#KUqz3Tr39ZF76bKi01FBy6cqbXBtjBLezi4v_gbpd4s

A lot have been done since, but it should already give you a good look at what I want to do with it. The first version of the game will include 9 scenes, 1 Huge scripted one with various choices and variations, and 8 combat related, with 4 different enemies. You should have around 1 hour of gameplay if you want to see all the scene (not taking into account all the versions of the scripted one). Plus since I did some random images you probably saw on Twitter, I decided to add them as collectibles in the game too. There are currently 10 of them, and more will be added (you'll be able to check them in 4K resolution in your album). The main quest is barely getting started, and not all the characters you saw on Twitter are currently added, they'll be introduced (literally) as the story progress.

I added a whole potions system too, with what I think is a pretty unique mechanic. In short, you'll be able to craft potions (pretty classic), but they are mainly made of alcohol, so drinking them might have some consequences, especially if you abuse them... I also redid the whole interface look, so now it really stands out. There's a lot of other smalls things I did to but aren't really worth bringing here, you'll discover everthing when it'll be released !

I think it should cover most of it. Again I'm really sorry for the delay. Of course my PC had to die just before the release... But hey, it'll be there at some point ! Thanks for taking the time to read this, and see you soon !

Who do you want to see ?

Hopefully the lastest dev blog before the releaseHello there ! After

A little bit of everything

$100
THE GOAL
REACHED!
That's a good start !!! People seems to be interested in my work, so let's see where this goes !
$225 of $500
per month
Woaw ! That's a lot !!! Since so many people are following me i guess i won't stop there ! :) By reaching this point i'll leave you proposing ideas and choosing one that will be added in the game via a poll .
$225 of $1,000
per month
What can i say, except let's make even better !!! When reaching this, i'll choose two suscribers at random, one guaranteed Eromancer tier, and work with them to implement a small feature, scene or character !

vilelab
My name is Adrien and I am the creator of Vilelab. Currently, I am working on a fully interactive game called Indecent Desires.Please check out my website at www.vilelab.com for full details about the game.
This website uses cookies to improve your experience while you navigate through this website. Continue to use this website as normal if you agree to the use of cookies. View our Privacy Policy for the details. By choosing "I Accept", you consent to our use of cookies.