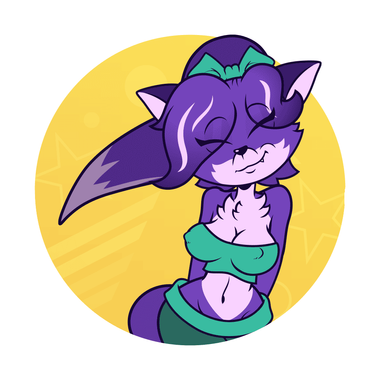 Raisin Fox
By proceeding, you confirm that you are
at least 18 years of age.
Yes, I choose to proceed
Cancel
Cancel

18+
Raisin Fox
Here you will find all the NSFW pieces for my character Raisin Fox as well as other various characters.
NsfwFurryIllustrations
Subscribe
Send Message

There's no need to fear, Amy Rose is here!

Raisin Fox
Public post
I wanted to do some simple sketches, not a finalized version, of some of Raisin's Friends. I didn't plan on having all their names start with R, but once I decided on the name the bird Robin I knew I wanted to name the tanuki something with an R as well.
I thought the idea of Robin being a pregnant bird was hilarious because birds lay eggs, so I made her pregnant. I also made her friend Ryder, who is not her boyfriend (but sometimes they hook up), a tanuki because of the the whole japanese mythology of the fox and the tanuki.
They're also all in sleepwear because I didn't feel like drawing proper clothes.