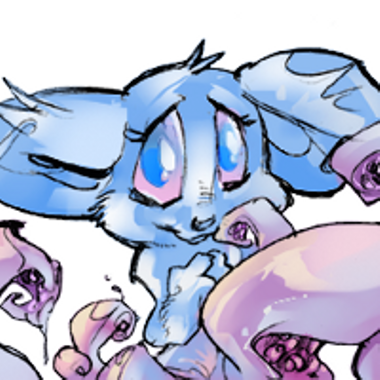 t'Sade's Cabinet of Curiosities
I'm an erotic author who writes a lot of darker stuff more in line of the old sword and sorcery novels, a lot of monster rape, demons, pony girls, amputee fetish, and a whole bunch of other things.
28 Feb 07:20
Public post
This content was created for artistic and entertainment purposes FOR ADULTS ONLY and may include pictures and materials that some viewers may find offensive. If you are under the age of 18, if such material offends you or if it is illegal to view such material in your community please exit the page IMMEDIATELY. All depicted characters are fictional. No live victims were produced during this content creation and no harm was imposed upon any live creature. All characters depicted in sexual situations are 18 years of age or older and of the age of consent, even if it looks otherwise. Acts depicted are all consensual.

Well, when it comes to writing a short story that starts and finishes in the same month, I'm going to say I have a while to go. I really meant for this story to be a short one but it was getting late due to personal reasons and I kept adding ideas to the story. Now, I'm going to say that this story has a set number of chapters. No epic plots. Six chapters and no more. I promise.

Aster loves her job. She gets to fly to exotic locations and fuck aliens on dozens of different planets. It was hard to imagine a better life and she had no interest in finding out anything other than what new friends she was going to make on her next flight.

This is an entirely consensual novella about a woman who loves to crew for a space flight filled with alien travelers. While a human doesn't turn her on, Aster couldn't say the same about a domineering wolf woman, a insect looking to complete his bucket list in his twilight years, a young gorilla woman on an adventure to explore the world as an adult, and a pair of rather randy tentacle monsters.

I made the first chapter free for everyone but the later chapters are for patrons only. The password is the same as the previous chapters for Ganondorf's Triumph from earlier this month.