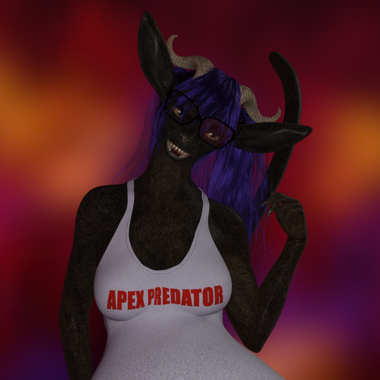 Cowrie
Hi, the name's Cowrie. I'm a female, predator-identifying vorarephile who creates 3D renders in Daz Studio. Much of my work features my numerous original characters and settings, most of which is vore-related.
September 17, 2020 09:01 PM
Public post
This content was created for artistic and entertainment purposes FOR ADULTS ONLY and may include pictures and materials that some viewers may find offensive. If you are under the age of 18, if such material offends you or if it is illegal to view such material in your community please exit the page IMMEDIATELY. All depicted characters are fictional. No live victims were produced during this content creation and no harm was imposed upon any live creature. All characters depicted in sexual situations are 18 years of age or older and of the age of consent, even if it looks otherwise. Acts depicted are all consensual. 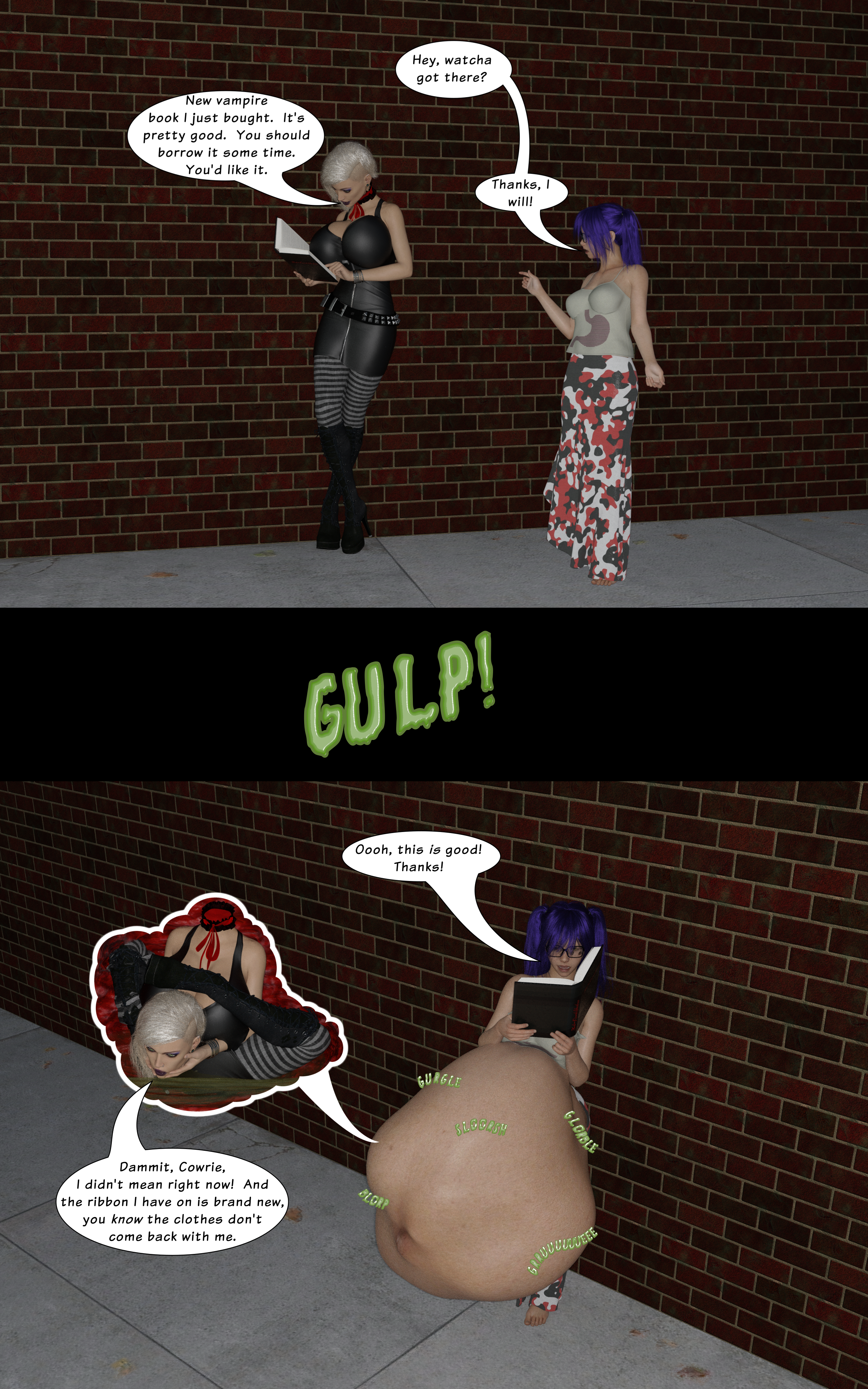 Both Megan and I like to read, and often borrow each other's books. As a dullahan, Megan can't be permanently killed by anything other than gold, so she generally doesn't mind if I eat her from time to time - she'll just reform in a few hours, anyways. Combined, those two facts mean that situations such as this one have occurred on multiple occasions.

Out of character, a few things I'd like to say about Megan. First of all, she is my only character who ever ends up as prey, and even then, she only lets a few select people eat her. Also, regarding the first image in this piece, when she wants to pass as human or just keep her hands free, Megan can secure her head to her neck with a choker, ribbon, or other neckwear that is sufficiently broad and close-fitting.