Lewd Games from Momoirosoft
We make beautiful real-time adult games with characters you'll grow to love. Art by: sacb0y
April 01, 2019 03:46
Public post
This content was created for artistic and entertainment purposes FOR ADULTS ONLY and may include pictures and materials that some viewers may find offensive. If you are under the age of 18, if such material offends you or if it is illegal to view such material in your community please exit the page IMMEDIATELY. All depicted characters are fictional. No live victims were produced during this content creation and no harm was imposed upon any live creature. All characters depicted in sexual situations are 18 years of age or older and of the age of consent, even if it looks otherwise. Acts depicted are all consensual. 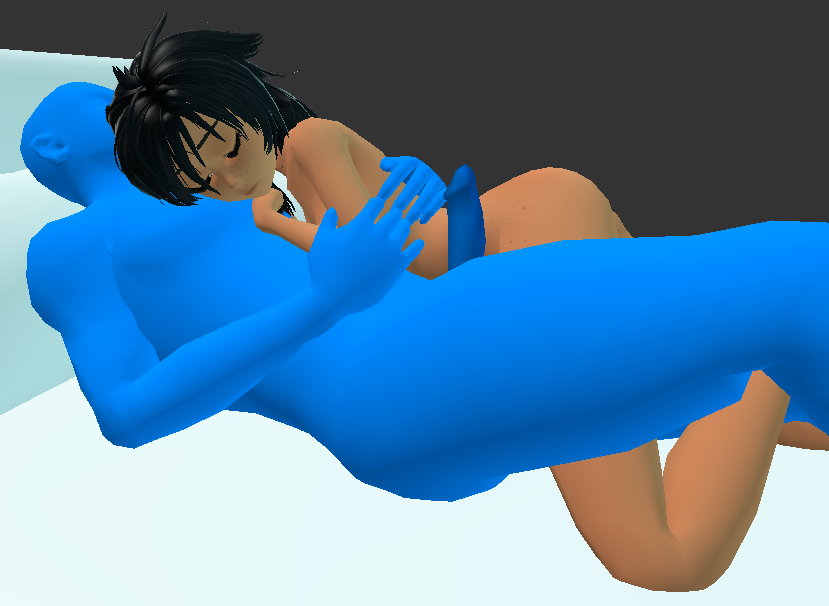 I started working on a build but ultimately i felt there was no point, it would take me a day or two when i could be focusing on the animations instead. All you would get is a few pose previews you've already seen which while nice likely aren't worth the trade off of the time investment. That said i have paid a programmer to hopefully make this process in the future easier cause right now it's just not if i use the code as is.

I'm currently working on the next set of animations which is significantly more complex cause i'm doing an animation involving two full characters, not just one character and a dick that mostly animates it self cause of the rig setup.

I want to explain the composition of this animation set focusing on the main scene for now.

So basically i'm going to be segmenting these animations so i can loop some and chain others. Ideally i'd like for animations to blend between each other rather than do cuts. This is mostly cause all animations will play in real-time with the full camera controls.

As you can see this totals to 14 animations sections just for this scene! And that's not all, cause i'm not factoring the animations for the pre-sex and post sex scene.

In short there's two animations planned, an animation of Naomi showing off whatever outfit you've picked (the negligee for now), and the post sex being a cuddling animation. The former being ab it difficult, the latter having most of the work done since for now it's a simple idle unless i add some dialogue.

So far most of the animations have their initial poses complete, which i promise is more time consuming than it sounds lol. You can check out a recording of my stream of making the pose for the images in the earlier post. They can take a good while to get right.

Besides that I'll be testing a lip sync asset I bought over the holidays, and possibly some of the dialogue system tools I also bought for a text box so i can gain some familiarity. For the lip sync asset i'll be needing some additional small animations for dynamic mouth expressions, so i'm hoping that works out too. I hope this gives some perspective of what i'm working on currently. As for The Couch i'm still wrapping my head around the dialogue system i mentioned earlier. As i'm doing the implementation myself, it will be quite an undertaking to implement this dialogue system with the current plan. I need to figure out how this would work and if it will work like i need it to.

I think by the time this animation releases I should have the familiarity i need as i'm using this system in all my projects right now.

At this point i'm 100% happy with the visuals I've pulled off in Our Apartment, and i just need to focus on content right now so you guys can see all the work come together. The response to the images posted so far as been very positive and that makes me very happy. But besides that The Couch is still getting a lot of positive attention to so i really really don't want to let that sit for much longer. I know there's not much i could do but i wanted the big release out months ago -_-.

Look forward to more updates soon and animation previews of some of the poses you see above!

P.S, Here's a preview of some earlier redesigning of Peislee. More information about her in the future.