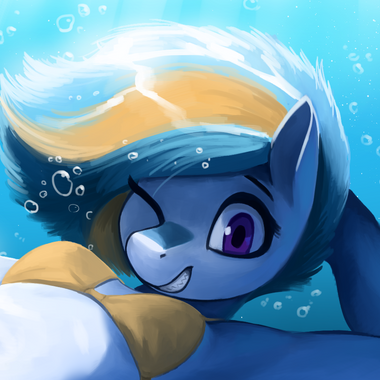 ArDee
I'm a beginning erotica writer; I first started writing lewd fanfiction in January 2020 with a focus on characters and scenarios in the My Little Pony universe.
June 26, 2020 10:52 PM
Public post
This content was created for artistic and entertainment purposes FOR ADULTS ONLY and may include pictures and materials that some viewers may find offensive. If you are under the age of 18, if such material offends you or if it is illegal to view such material in your community please exit the page IMMEDIATELY. All depicted characters are fictional. No live victims were produced during this content creation and no harm was imposed upon any live creature. All characters depicted in sexual situations are 18 years of age or older and of the age of consent, even if it looks otherwise. Acts depicted are all consensual.

I'm a beginning erotica writer; I first started writing lewd fanfiction in January 2020 with a focus on characters and scenarios in the My Little Pony universe. I didn't think much of my own work at first, but it seems to have taken off as I've gotten a much bigger response than I ever could've anticipated for my first couple of stories.

Writing has never been a long-term career goal of mine or anything (I'm a CompSci major, not an English major), but it's something I enjoy doing a lot in my spare time; many years ago, back when I was in high school, I dabbled in writing an overambitious adventure fiction in the Pokemon universe, which was also relatively well-received, yet I had trouble continuing from where I'd left it. Life, and my own writer's block, continued to get in the way, and eventually, I just gave up on it.

Since exiting high school and beginning college, though, my perspective on writing has changed, and I'm happy to say erotica has proved to be both much easier, and more fun, to write. I know the sort of things I write are hardly for everyone, but any assistance is appreciated more than I can say! I'm just in it for the fun of writing, not for the money. <3

Read this before subscribing, if you are interested in Great White tier!