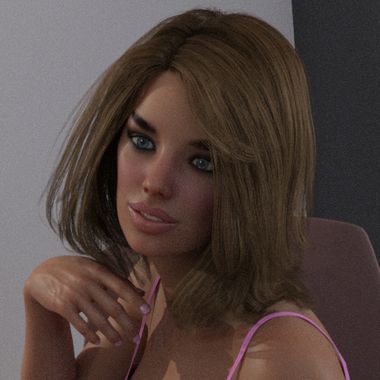 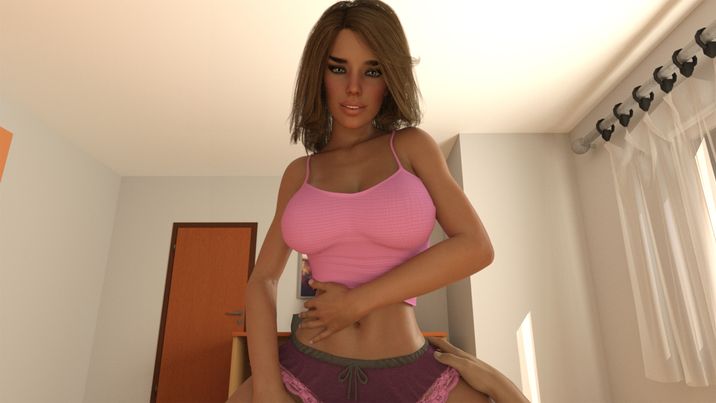 THIRSTY FOR MY GUEST (EPISODE 20)

Same as after every update, I have to start by thanking everyone. The amount of support has been overwhelming. It means a lot to me, thank you!
But yea, episode 18... In case you missed it before, I will be releasing scenes one by one this time. Why you ask? Just something I wanna do to mix it up.
Idea was that Jenna and Vicki go to their place to clean after the works. MC is alone at the house, and then you get to call every girl one by one and meet them.
Every meeting will have multiple animations so this would take forever as a full update. So I will release them hopefully every 2 weeks or something. That's what I'm aiming for. It might not be possible if some animations take forever to finish, but we will see.
First scene is Tammy, and it's already almost done. All the renders are finished, only one animation has to render still (I think something like 12 are done) and then I need to code all of it. It will also require a short scene of MC in the house that I have to pose still.
A lot of second scene posing is finished as well. Lauren. This was a pretty big one, the biggest of the scenes that I have planned, so I'm happy that I already managed to pose first two parts. It will have multiple characters and a new girl (I know, I know... I cant help myself! haha) And i have to pose the last part of the scene and 2 more animations.
So yea, there is no talking time off! Next few days I will hopefully code the Tammy scene and I have to get to all the patreon goodies as well as finishing the Lauren animations.
Comments (0) loading...
Like(0)
Dislike(0)

THIRSTY FOR MY GUEST (EPISODE 17)Thank you for your support and playing the game! PC: DOWNLOAD1,

Episode is almost done! I've got one more scene to code, adding music, replay and reward thingys. It's basically just a bit more coding and then testing everything.
Right now the game is sitting at 1279 renders and 38 animations, around 11000 lines of code. Bonus scene has 254 renders and 7 animations.
I also done some work on posing ep18 animations and two of them already finished rendering.
So, yea... EP17 should be out during the next 7 days.
Comments (0) loading...
Like(0)
Dislike(0)

So it happened again! After every update I say to myself, next one will be shorter, I want shorter updates. Less time between releasing them. But then I start to code and realize this one is again pretty big.
OK, so, I've been mostly focusing on writing and coding this past 12 days. Currently the update is sitting at around 6200 lines of code and 790 renders. That's not all the renders, just renders that are "coded" for now. I have like 400 or something more that are for the not yet coded scenes.
I've also done some animations posing for ep18 while my main PC was rendering background animations. And I had to fix two animations for ep17 which was a total pain.
As for rendering animations, it's still ongoing. There is like 6 or so left to finish.
So yea, all in all tons of things are done, but still more then few things left to finish.
Comments (0) loading...
Like(1)
Dislike(0)
View previous posts (6/24)
See something you like? Subscribe to see even more!
Subscribe Now
The subscription gives you:

$0.00 of $2,500
per month
We are doing this full time, so any support is highly appreciated. We also aim to improve, upgrade and build multiple PC's to produce more content for the game.