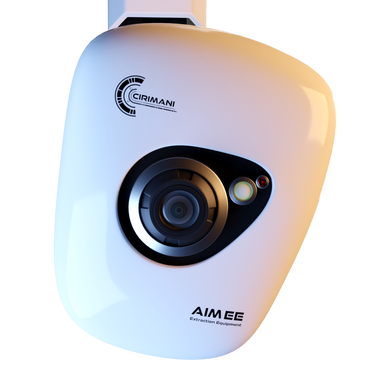 Update 10: A change of plans


Sooooo, You guys remember all that talk about how I'd have a nice streamlined approach and like, I could have the voice work ready right away so I could start work on the next anim as soon as the last one was done?

Yeahhhh that did not pan out like.... at all... There was some script finalisation due and I was struggling to get in touch with one of the VA's, It's not a huge delay since I had to get my model on for some new assets anyway, but still, it did throw a bit of a wrench in my plans.

One of the VA's was a little booked up and so I decided to divert and prioritise the Mercy X Aimee animation next instead, I sure hope nobody minds.


The universe is focused on machines on everybody as a whole so, this was always going to be content that arrived sooner or later, plus I know there's a couple that have been after some insemination play.


I've been actively working on this the last couple of days so, what you see in this post can be considered previs, I'm not sure on all the devices AIMEE will employ, the AIM MU you can see above is a rolling ball thing inspired by a robotic massage arm.

But the scenes a bit busy already, the arms being as big as they are kind of limit my options for high density stimulation, it's possible I'll need to adjust the setup a little bit, which shouldn't be a problem, since you'd expect AIMEE has dedicated spaces for this kind of activity.

So naturally, all of this is subject to change.

It's a fun script and I'm looking forward to making a start, I'm waiting for the voice work to start animating, but there's enough to keep me busy in the mean time, in the above image for example, you can see the arm segments are clipping.

This was because the chair was originally designed for male bodies, what with girls being a little bit daintier, when adjusted to Mercy's arm length that put the cuffs well beyond her actual wrist.

So, that model needs a bit of work on it anyway and I'm gonna fiddle with the other tools to get everything ready whilst I wait for the voice work.

On the plus side though the script for EP5 is finalised, and the voice work is already ordered and in the pipeline, and I've a good amount of the high focus assets ready for it already, so Ep5 should be a smooth enough transition, however it will have a likely significantly longer production period, because the story segmented ones tend to be more complex by nature, what with all that pesky exposition and whatnot.

EP5 contents will be back to A414 and his penis and all the things that are going to happen to it.

I'm going to whack a pole up on the discord server shortly after posting this so head on over if you get a minute, I just want to gain an understanding of where my audience is sitting with regards to the planned production schedule.

$250
THE GOAL
REACHED!
This covers my monthly costs for VA work, subscriptions, addons and outsourcing where required. It won't eat into the deficit but it will ensure I do not need to compromise when it comes to these facilities, meeting this should bring down production times.
$330 of $550
per month
This amount allows more robust outsourcing of jobs in the production cycle which will help bring timescales down, including things like sound engineering and editing.
$330 of $3,000
per month
Yeah I know, it's a big one, but realistically this is what I'd need to quit my job and do this full time, it would no longer be a hobby and obviously bring a significant reduction in production times.