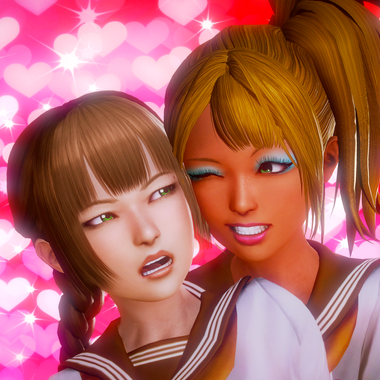 
"Our young protagonist has it all: looks, intelligence, big plans for his future, and the drive to make them a reality. And more than that, he even got himself a beautiful girlfriend recently! But everything in his life will take a 180 degree turn once he gets to know his girlfriend's twin sister, the school's number 1 slut! How will he deal with the shock, and with the strange attraction he feels towards her...? Angel or devil, model student or bitch gyaru...? It's your choice! Political drama and hilarious hijinks alike are assured in this erotic comedy. Will this upright young man be able to remain pure among the sea of temptations he will face ...? Who are we kidding, of course he won't!"

Twin Maniax! is an ambitious large-scale project, that will become the second game produced by yours truly. As always, here at Lemon Mint, we favor consistent storytelling over anything else, so the gameplay once again will be that of a visual novel, with few, but very important choices. It's as much of a comedy as it is a porn game, so I hope that you are in the mood for some fun! Sentimental struggles, and even bigger things will be on the line, but the mood will always be kept light-hearted, and somewhat silly. I sincerely hope it is to your liking!

Here at Lemon Mint Soft, we create adult software for the western audience, but with a touch of japanese-styled eroticism. From our games you can expect vibrant 3D graphics, fun yet carefully crafted storylines, custom-made soundtracks, and of course, lots of steamy scenes! We're currently developing visual novels using the Ren'py platform.

Lemon Mint Soft is a one-man team composed of a single hardworking, script-writing, game-programming, image-editing and music-composing hobbyist! Making games for a living has always been a dream of mine, so I'll be in your care!


Twin Maniax! will focus its main storyline on the titular twins, but it will also feature dozens of other endearing characters to interact (and get nasty) with!

Here's a small overview of the main characters in the game:


And the troublesome twin, Suzuhara Rin:

If you want to learn more about them, and about other characters in the game, make sure to check the posts tagged under Character Card and Ero Character Card.

*I'll try to keep this list updated within reason.


Q: What is the release schedule like?
A: To put it simply: It depends. More than a set time, I'll try to have a reasonable ammount of new content in each main update, besides having interesting ending points, and making sure everything is working properly. But if you want an estimate, I'd say that a pace of a new version every two or three months is likely. I'll make sure to let subscribers know when a new update is coming!

Q: What payment method do you use?
A: We have our page set up with a "charge up front" system. That means that subscribers are charged immediately after pledging, and then on the 1st of each month. Be aware of that!

Q: What are those Gravure Collection things?
A:  This post has you covered!

Q: Where can I find my benefits for the V.I.P. Tier?
A: You can find them in our posts tagged under Omake Pack.

Q: The description of the Grandmaster Tier's benefits is too vague!
A. That's not a question! But if you want to know about that tier, here's pretty much everything you need. 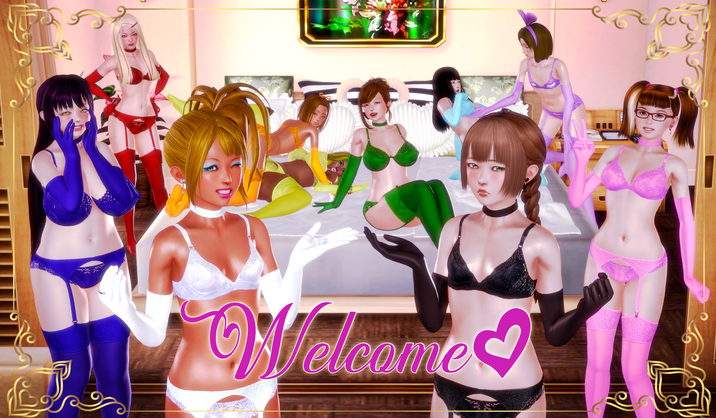 $64 of $100
per month
If we reach this goal, I will get off my lazy arse and learn how to make proper official Android versions of our games!
$64 of $150
per month
You know what I really love? Fanart! If we reach this goal, I'll comission at least one piece of Twin Maniax! fanart from one talented digital artist, and implement it into the game!
$64 of $250
per month
This is the equivalent of a part-time salary in my third-world country! Thanks a lot! No real reward for reaching this goal, but you can be sure that you've made me a happier developer!