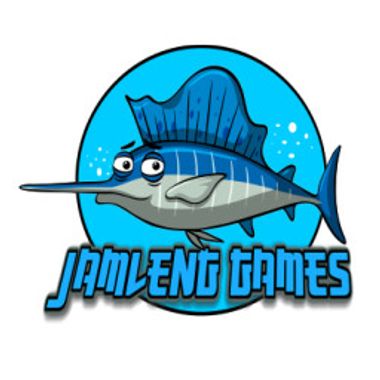 Hey guys, Jamleng here with the latest update that will go public soon.
All the links have been updated on Subscribestar, other websites will follow shortly.

And here are the patch notes!

QOL changes:
- Improved the journal by making the hint system way more clear.
- You can now navigate through the journal using your keyboard.
- The gallery is now accessible from the computer.
- Made certain events easier to trigger.
- Fixed certain out-of-order events.
- Money/Day are now shown on the map as well.
- An "End Replay" button has been added when playing scenes from the gallery.
- You can now rename the save/load file pages to organize your saves.
+ some other small stuff.

Bug fixes/minor changes:
*Lots of them.

- Removed lots of old unused code which doesn't really matter but it got rid of some false errors. (30+ or so)
- Fixed quite a lot of missing brackets in the code which doesn't really matter either but it got rid of some false errors. (Another 30 or so)
- Fixed a bunch of errors that could potentially cause issues. (10+)
- It's now easier to trigger Emily's scene during the early game so the store/bar open up more easily.
- Rose's scenes now trigger automatically, you no longer have to talk to her for certain events to happen.
- Fixed a bug in the journal (players could access the cheat code journal by clicking on Felicia and going left/right.)
- Phone no longer keeps ringing after talking to Stella.
- A buggy animation was fixed when Nina was sitting at the dock.
- A few late-game events could be triggered earlier than meant to if one just kept sleeping.
- It's no longer possible to trigger Emily's/Sophia's event late game without completing the earlier events first.
- Good path Sophia in the warehouse had the music stopped earlier to make it fit better.
- After the aunt comes back, her house will no longer state that she's out of town.
- There no longer is an event loop at Nina's house after a certain point in the game.
- Removed a few minor choices that were kinda useless.
- Some minor inconsistencies between scenes are fixed.
- Zoey won't be at the lockers if you haven't met her.
- Sophia won't be in her room if you haven't seen her at school.
- Fixed the music part of the gallery as it had two wrong songs added to a button.
- Fixed "Ruby's Detention" with "Whatever happened to Patreon" on MC's PC.
- The days are now in sync with the "day x" counter.
- Saying NO to certain choices won't let you replay the whole event any longer.
- In the late game it wasn't possible to talk to Luna but you can do so now.
- One image was incorrect in Tanya's dark path scene and has been fixed.
- Choosing to skip viewing a certain Nina event has a few lines of dialogue removed so it makes more sense.
- Visiting the cathedral after completing all of the nun events will now correctly teleport you back to the map.
- Hilda's dark path scene in the game can no longer be triggered on the good path.
- A prompt has been added whether you would like to see the scene, yes or no.
- Fixed a bug where it was possible to go back to the prologue after day 68 or something.
- Lots of more small things but they're not that interesting.

Thank you very much for playing! I hope you guys enjoy it as much as we did making it.
If you have some time left over and want to help the game out a bit. Please leave a review either here or here. It helps a lot.

Cheers and have a nice day.

Alrighty, Jamleng here with another weekly update. Not going to lie, IRL, I have some stuff going...

Heyo and welcome to a new Subscribestar post. It's been a good week over here. Xo has enhanced th...

$1,000
THE GOAL
REACHED!
I can finally pay the team for the countless hours of work we have selflessly and happily contributed to the development of this game simply because we love the characters, story, and paths we are building toward the completion of Lewd Town Adventures.