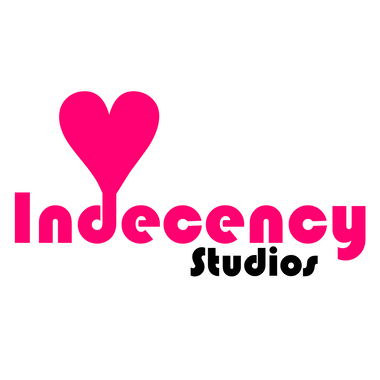 In an alternative future, an alluring team of sex workers from a variety of genders, backgrounds, and body types take their futures into their own capable hands and open the most exciting brothel in the megapolis together. It won't be easy for them to build a place where the insatiable appetites and desires of their guests are met, but they'll ...rise... to the challenge!

Welcome to the bowels of Sector City, one of the hubs of culture and capital in the galaxy. A city where wealthy elites, politicians, cops, bosses, pimps, and madams have long been sources of constant exploitation and abuse for our ragtag group of sex workers.

...in the Neon Playground!

A wide variety of characters are planned, and this section will be expanded with time. As our team of sex workers expands, the scope of kinks and fetishes will widen naturally (and plenty of vanilla sex too!!). Our goal is to represent a greater variety of people than are usually shown as sex workers, and to have a lot of sexy intimate fun along the way!

Dalia has worked as a stripper in Sector City for a few years now, and really enjoys interacting with clients at clubs. Now she wants to take things a lot further than just teasing on the pole!

Jonas may be a brawny burly beefcake with a bad-boy look, but he can be tender and gentle too!

We're still designing and adding new characters to the game, and if you select our Architect tier, you can even suggest characters for us to put directly into the game!

If you like the things we’re trying to do here, please consider supporting us. We cannot do this without you!

Support future artwork and development, and enjoy exclusive access on our Discord community!

Download and play our games as they are developed, support future development, and gain access to an ever growing digital pack of high-res wallpaper images as a special thank you.

All prior tier benefits, plus ...

All prior tier benefits, plus ...

Participate in exclusive votes on upcoming gameplay and character design decisions, and enjoy a direct line of request to the developers to make your own personal character suggestions!

You'll also be explicitly recognized in our games as a patron (unless you wish to remain anonymous.)

Scripting all the things!

Dreaming of a creamy holiday. .

After the past few months of dealing with constant worry over how risque our posts could be due to unclear content policies on ... another platform ... we are thrilled to be available on SubscribeStar now!
As you can see below, we've transferred our past posts from that other platform over here too, so that our subscribers have full access to all of our content.
Look out here for much sexier posts in the future, which we're sure you'll all enjoy!
Comments (0) loading...
Like(0)
Dislike(0)
View previous posts (6/10)
See something you like? Subscribe to see even more!
Subscribe Now
The subscription gives you:

$0.00 of $250
per month
At this level, we'll be able to dedicate more time solely to game development, fully reserving 8-10 hours every week to pushing the next game update forward!
$0.00 of $1,000
per month
This will guarantee that we spend significantly more time on game development and production, allowing us to focus on it for multiple days each week.
$0.00 of $3,000
per month
When this goal is reached, game production can finally become a full time commitment! Our labor of love (and spunk, if we're honest 😉) will support us enough to focus 100% on it!