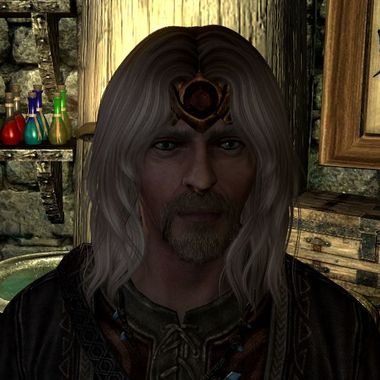 18+
Einar the Red
I make free mods for Skyrim. Some of my mods may contain nudity and/or adult content. All my mods are available for free download at Loverslab.com
Skyrim
Mods
Rpg
Games
PrettierBandits
Subscribe
Send Message

However you found your way here, welcome to my little corner of Tamriel.  I make mods for Skyrim / TES V in my spare time.  I'm hoping this account will help me have more time to spend making mods.

I've been making mods for Skyrim for more than eight years, and I focus mostly on building locations and creating NPCs.  I've built locations for many other mods by other modders, as well as helping with creating content.  I have worked on content for Paradise Halls, Sexy Bandit Captives, Milk Mod Economy, Mia's Lair, and others.  I've even done a little voice acting.

My own mods have included Prettier Bandits, the Hearthfire Dungeon mod, and others.  All my current mods are available at Loverslab.com for free download.  My mods are and always will be free for everyone!

But from now on, I will be posting links to download my mods here as well.

So if I'm giving my mods away for free, you're probably wondering why subscribe?  Well, fair question.  The biggest reason is just to support me so I can not only continue making mods, but have more time for it.  Real life can be a pain and bills have to be paid, helping with that means I spend less time working on other projects and more time on Skyrim mods.

For those who are willing to put some money in to support me, I'm afraid I can't offer a lot.  But, I can guarantee you I will listen to your feedback and suggestions and give that more weight than someone who just randomly posts in a forum at Loverslab.  You'll be able to count on announcements of upcoming updates before they happen, and some previews of what I'm working on.  There will also be behind the scene info about the mods, lore, easter eggs, development notes, and other content that won't be published elsewhere.  So if you REALLY want to know everything there is to know about my mods, subscribing will guarantee that.  At higher tiers I'll post polls regarding the direction of content development and sometimes small mods that I won't be releasing anywhere else... sort of some bonus content.

I'm kicking this account off with the release of Prettier Bandits v1.0.  Now finally out of beta testing.  The new version includes some new content in the form of 20 unique NPCs gals with KS Hair and facegen created using Racemenu.  These include:

Future projects will include continuing Prettier Bandits and working towards the eventual 2.0 rebuild which will overhaul the mod and make major improvements.

I'm also working on getting Whiterun Revisited ready for its initial public release.

Beyond that I have a start on a Granite Halls project, and a Rorikstead project.

Helps support me and gets you basic access to announcements, monthly progress reports on mod projects.

You get access to announcements and progress reports, and participate in polls that directly determine the development of content.

You get access to announcements, progress reports, the ability to leave feedback and suggestions, participate in polls that directly determine content in mods, and access to small mods not released elsewhere.


If you're here, you probably already know about this mod, its been around for a long time.  Although it began with just updating some of the bandits (from which it takes its name), the mod now covers many factions and groups in Skyrim as well as some unique NPCs.

This version adds KS Hair 1.8+ as a requirement.

The big change is the update of 20 unique NPCs with KS Hair and facegen created using Racemenu.

0.5%
collected
to reach
This goal will allow me to work full time on Skyrim mods, and get things done a lot faster!