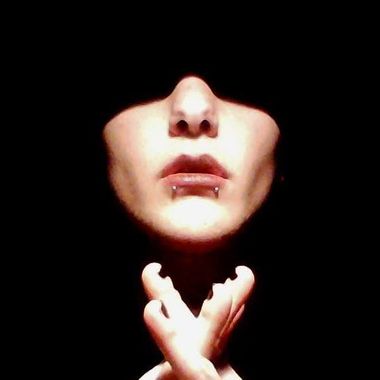 deadbird
By proceeding, you confirm that you are
at least 18 years of age.
Yes, I choose to proceed
Cancel
Cancel

18+
deadbird
I work in digital &amp; traditional visual art, and draw a lot of monster people, ero guro, catboys, kink, and bondage. My art is also about being queer and trans and made of meat.
Subscribe
Send Message

I've been painting this piece the past couple days. It's destined for Bound For Glory 4, the furr...

I just realized I forgot to include this one in the recent Bound For Glory sketchpost!

Drafts/sketch ideas for the furry bondage zine I'm contributing to, Bound For Glory!

Self portrait series, for remembrance and a record of artistic abilities. I'm going to do a simil...

Eva Yan and Daniil Dankovsky have very different morning routines, I imagine. He probably got in ...

deadbird
Public post
Well, there it is. The old year dies, as it always must, and we welcome the new - this year more than ever.
I think immersing myself fully in Pathologic for several months pushed me forward artistically, prompting me to work on more backgrounds and multi-character interactions.
Review2020
Comments (0) loading...
Like(0)
Dislike(0)

deadbird
Public post
I think this is done. At the very least, I'm tired of fiddling with it.

I'm constantly suffused with the intense feeling that I simply need to close my eyes, dig in my heels, and plow forward, trusting that my future self will benefit from my present work. It's difficult to believe in that last part - the future feels very uncertain, and I can easily talk myself into feeling that climate change, political instability, widespread economic hardship and unrest, etc will render futile any efforts I put toward my "career". At the same time, though, I tend to think years down the line. It's an uncomfortable tightrope to tread.
SelfPortraitDigital
Comments (0) loading...
Like(0)
Dislike(0)

Fresh new paintings I'm working on! Hold the FutureI tunnel-visioned painting the faces for this ...

deadbird
Public post
"It's just that sometimes you feel, all too poignantly, that your life is over. You're not even thirty, but you're done. Not dead, but burnt through...and there's nothing ahead for you."
Lara Ravel from Pathologic 2. Study based on a painting by Malcolm Liepke.
I wanted to paint her half fading into the darkness before her, with few hard borders between her and the dark background. I think I achieved that aspect decently (despite her light shirt) in her hair and clothing, with her face standing out in very quiet, reserved despair. I wanted to capture the sense of profound isolation I get from her in-game - the fear that there is nothing of value left to you and your life is a slow and steady descent into meaningless annihilation, with no help or relief coming. The acid yellow tones feel right. Waxy and sickly, they highlight the gross fact of inhabiting a living body with all its demands when you're hardly sure you even want to live at all.
Pathologic2FanartSfw
Comments (0) loading...
Like(0)
Dislike(0)

Some sketches, possibly for a gay furry bondage zine I'll be participating in - link to the zine ...

deadbird
Public post
Miscellaneous Artemis-centered art, ranging from 2016-2020. I rarely write about ocs publicly, but eh, what the hell. Content warnings for abuse, murder, & sexual coercion.
Artemis is an alchemically constructed creature, brought to life by Ilya (necromancer/researcher/alchemist/fucking creep). Artemis rarely speaks and has many catlike personality traits, but is initially fairly obedient towards Ilya for lack of worldly experience or other options. Ilya has a lot of shady connections, and at points offered Artemis to important contacts for sex work, as a courier, or a variety of other odd jobs.
After a while, Artemis gets very fed up with this and kills one of the the sleazy businessmen that Ilya sent it to - the bloody painting in this mix takes place right after that.
ArtemisNsfwMyOcsBlood
Comments (0) loading...
Like(0)
Dislike(0)

Ilya! And some Artemis! Ilya's face is deceptively difficult for me to draw. I have a very clear ...

There's an art prompt that circulates around twitter periodically to draw yourself in your curren...

messy business! I like the loose painting I managed here.

Hannibondage (nsfw, bondage) Have I ever drawn Will Graham not tied up? I'm honestly not sure. Yo...

These two are Everett and Ada, two of my ocs. They're twins. They're also in a continual nosedive...