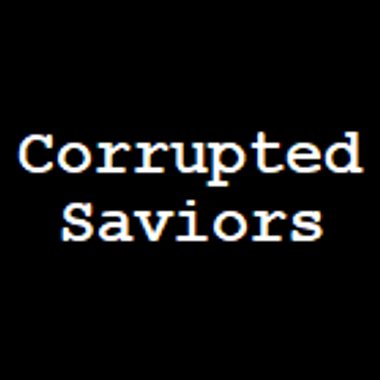 Knowing that people enjoy the game helps to motivate me.

I'll feel very happy if people consider the game to be this valuable to them.

When you set one of your Forsaken as bait, the loved one that shows up as a result will usually be a sibling, but the more siblings one of the Forsaken has in play, the more likely it is that any extra loved ones who show up will just be childhood friends instead of siblings.  Characters aren't regarded as being directly related to their childhood friends' siblings, so the net of interlocking relations shouldn't get so dense that the player is unable to sacrifice any of their Forsaken without angering all the rest.  (Not to mention that it would get pretty ridiculous if bait Forsaken in long-running campaigns always ended up with many many siblings.)

I'm currently deciding how the toggles should work with custom Chosen.  I know that a lot of players like to use custom Chosen to recreate characters from other media, and it might feel strange for those characters to have a bunch of randomly-generated siblings show up.  But at the same time, players can avoid that by just not setting the custom Chosen to the bait position in the first place.  I'm still thinking about how to handle it.

As a final note, all of these mechanics will work exactly the same when family relationships between Chosen are toggled off.  They'll be generated in mutual groups of friends instead, so the gameplay functionality won't change.
Comments (0) loading...
Like(1)
Dislike(0)

CSdev
Public post
The flavor text for Chosen and Forsaken who know each other intimately to encounter each other in battle has all been written.  Right now, I'm just adding the last of the text for all the various ways that relationships between Forsaken can be affected by the new connections.  If a Chosen related to one of your Forsaken ends up dying in battle, then that Forsaken will be understandably angry at whoever killed her.  Forsaken with a pre-existing relationship will generally like each other after they both join your side, but you can turn them against each other with some effort.  And depending on how their personalities match up, they'll have lots of different things to say about each other.

In general, I expect that players will want to keep the Bait position filled, because Forsaken get large bonuses against Chosen they have a special relationship with, and because having Forsaken who care about each other serving you causes all of them to be more cooperative.  But players will still have the option to avoid seeking related Chosen so that they won't ever end up unexpectedly burdened with a Forsaken they "need" to keep around in order to keep other Forsaken happy.
Comments (0) loading...
Like(2)
Dislike(0)

CSdev
Public post
The goal for the next release is to introduce Chosen who knew your Forsaken back when they were both civilians.  At first, this will be just childhood friends and siblings, but in later releases I'd like to include more kinds of relationship (both familial and non-familial).  For players who want to avoid incest, there'll be a content toggle which causes the game to treat all relationships as non-familial.  The connection between the subjects of these relationships is even deeper than that between former teammates.  The fetishistic appeal here is pretty straightforward, so I'll focus on describing the gameplay aspects.

When Chosen with a personal relationship to your Forsaken show up, it will provide some challenges, but also some strong opportunities.  It'll require extra Motivation to deploy your Forsaken when one of the enemy Chosen has a personal relationship with that Forsaken, but the Chosen will also take even more extra damage than they do against former teammates.  After you defeat the Chosen, she'll have a large positive opinion modifier with any other Forsaken she has a personal relationship with, and they'll have the usual training consent modifier based on how you're treating the ones they care about.  This can cut both ways: if you're having trouble controlling one of your Forsaken, then you might be happy to also take a Chosen she cares about as hostage for her good behavior.  But after converting that hostage, you won't be able to abuse or sacrifice her without making the Forsaken even less cooperative than she was before.

At this point, I've added the basic logic for the new relationship types, and I'm writing alternative dialogue for in-combat encounters between Chosen and Forsaken with a personal relationship.  There are a lot of different pieces of dialogue to write, so I expect this to be the bulk of the work for this update.
Comments (4) loading...
Like(1)
Dislike(0)

The main addition this update is the ability for your Forsaken to perform Punisher actions (impregnation, hypnosis, energy drain, and outfit parasitism) against the Chosen.  Aside from the obvious fetishistic appeal, this also has a strong impact on the gameplay balance, because each of the Forsaken will have her own special bonus that she grants when you use her like this.  These bonuses can either make the Forsaken herself more powerful, make the victim Chosen more powerful once she joins the Forsaken, or grant some effect that makes it easier to defeat the victim's team in the first place.  The full list of possible effects is in the new "forsaken reference.txt" file packaged with the game.  As part of this system, Chosen and Forsaken are now better at tracking who did what to them, and there's more flavor text for all the various possibilities.
Another notable change is that I've reworked the Chosen name generation system so that each name corresponds to a more consistent range of personality values.  Many of the names are now used by a substantially different kind of personality, and some of the names have been removed entirely, so you might need to rename some folders in your custom portrait packs in order to give everyone the right face.
The last two major additions are related to making the game more user-friendly.  When the Chosen have enough trauma to perform a more sinful downtime action but don't have the necessary Vulnerability broken, text will appear during their downtime action to tell you as much.  Similarly, when you've broken a Vulnerability that would allow a more sinful downtime action but the subject doesn't yet have enough trauma to consider it, the game will report an estimate of how much more trauma is needed.  The trauma calculation is only an estimate, because the Chosen try to group their downtime actions together to help whoever is currently more traumatized, but it should give you a good idea of when you should be pushing for just a little more trauma and when you should be saving your energy.
Finally, the game now also has a system to estimate whether the Commander you've bought will be able to make any significant progress in corrupting the Chosen.  This is also inexact, because it only looks at the Commander's cost and the available Vulnerability Breaks, and because it can't account for player skill.  In campaign mode, the increasing difficulty modifiers might make the system overestimate what you can do with a Commander.  And of course, a skilled player might be able to do something even with a Commander that the system thinks is too weak.  This is mainly meant to help new players get used to figuring out whether it's better to spend EE or save it.  As a side note, when you have a "favorite" Forsaken set, she'll give you the estimate in her own words.
The next planned update is the one that will allow your Forsaken's close friends and relatives to attack you in order to try to rescue them.  That should have some interesting effects on both the flavor side and the gameplay side, so I hope that everyone looks forward to it!
Click here to download.  Mirror.
Comments (0) loading...
Like(1)
Dislike(0)

CSdev
Public post
The game mechanics for using the new Forsaken Punishers are all finished and coded, so all that remains there is to write the flavor text.  I expect this part to go pretty quickly, so that should leave me plenty of time for the other additions I've been hoping to implement for this update.  The game still doesn't communicate some things very well to the player, and I have some ideas to fix that.

One recurring problem that people run into when playing the game is that they end up wasting Evil Energy on a Commander which isn't strong enough to make progress on breaking the Chosen.  It's simple enough to load your last save when that happens, but ideally, the game should help you figure it out in advance.  I'm working on a system that will compare your current Commander to the enemy's corruption level in order to guess at whether it'll be able to do anything.  Whenever you have a Commander bought, the "tips" line in the shop will change to an "analysis" line that warns you if what you've bought seems weak or otherwise unsuitable.  If you have a "Favorite" Forsaken set, then the tip will come in her own words, which should be pretty entertaining depending on her personality and corruption level.

I also frequently get questions about what level of trauma is required for each tier of sinful downtime action.  Because the Chosen look at each other's preferred downtime actions before choosing one for themselves, there isn't a simple formula that the player can look at when deciding how much trauma they should aim for.  But I'm working on adding an extra bit to the downtime summary which will show just how close the subject was to picking the next-most-sinful downtime action.  This should make it clear whether you're close to hitting the next level of EE income or whether you should plan on remaining at the same level until you get some more upgrades.

My main focus is still on fleshing out the gameplay itself.  But if it's possible to make things a little more player-friendly along the way with little improvements like this, I'm hopeful that the game can become a little less frustrating and more accessible to new players.
Comments (0) loading...
Like(3)
Dislike(0)
View previous posts (6/65)
See something you like? Subscribe to see even more!
Subscribe Now
The subscription gives you: