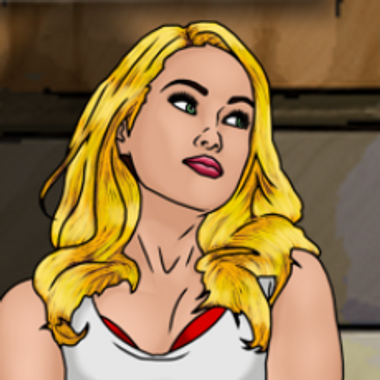 Basilicata
Ooops! If you're here for Goss_IP, you'll find it here https://basilicata.itch.io/goss-ip. 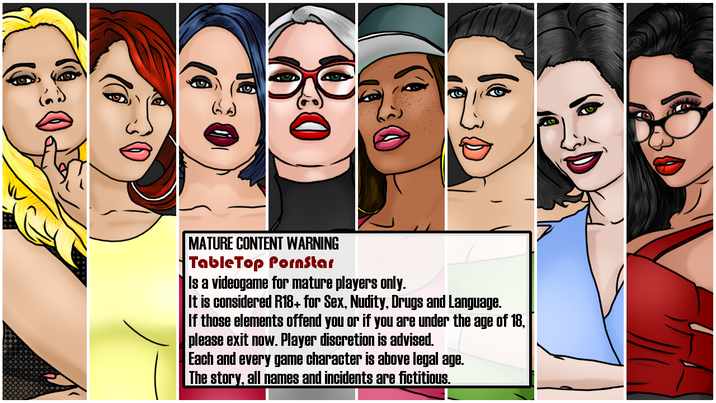 Basilicata
Public post
Do you like Goss_IP?
Hey, thank you for visiting my Patreon Page. Goss_IP (volume I) is completed. If you like it and wish to support it, please do so here:
https://basilicata.itch.io/goss-ip
The final version costs only 5$, but you can always download 9 chapters instead of 10, for free.

About Goss_IP
Have you ever had an idea, so big, that made you lose sleep? Like being in love or something? Well this happened to me, back in 2017. I had a comic script idea that looked so good in my head, I, myself first, wanted to see it complete.But then I found out about visual novels and I thought to myself "even better"... The only problem was I did not know anything about programming or digital drawing.
So I adapted. I kinda learned step by step, programs like Ren'Py and Krita. And also made an effort to improve my english.
After almost 2 years, I finally completed the 1st volume (10 chapters). I'm proud about it, although I'm thinking that if it wasn't my 1st project it could have been more succesful. But still, most adult gaming sites give it 4/5 stars. I hope you'll love it too.

What kind of game is this?
TableTop BornStar is an adult visual novel game with tabletop (dice and cards) gameplay. It is set in a Hollywood in 1999 and its main fetish is corruption.
Contains drugs, alcohol, strong language, and lots and lots of pornographic images and animations. As such, it is not suitable for minors.

Who is the main character?
You control a washed up talent agent in Hollywood, California in 1999. He is in state of house arrest. Confined in his office, he tries to guide MJ, a young, pretty wannabe actress, country girl to fame and riches.
Whether he takes advantage of her or sincerely help her through life, is up to you.

In this journey, you can change her character too.
She can be the prude, conservative but obedient girl you first met or she can slowly turn into an independent, adventurous diva who spends all your money! Or she can be somewhere in the middle.
There will be also, a lot of other female characters to conquer.
Although it was difficult, this game contains no ntr content. You might ask yourself, how is this possible with a title like this? I don’t want to spoil anything, but if you are familiar with Goss_IP, you’ll know I like plot twists.
Grind: Although, it appears that the game will be grindy, it’s not. It’s basically a visual novel with plenty of scenes, dialogues, choices and alternate endings. The grind will be minimum.

Randomness: Although the dice and the random cards play a big role in the gameplay, they’re not as crucial as it appears. Yes, extreme bad dice could ruin your game, especially in the beginning but it is very unlikely. It all comes down to choices.
Game Over: There are some ways to have a game over: The money is gone… (It can happen especially at the beginning if you don’t pay attention or later if MJ (The starlet) is corrupted and starts spending without your permission or after a big fight for reasons like jealousy (catches you with another woman), career choices, fame drop etc.


Why 1999?
I’m writing this in 2020. Almost everyone suffers the consequences of a global pandemic. Covid-19 has confined most of us indoors. And everyone, I mean everyone, is saying thank goodness there is internet. Imagine if we lived this lock down twenty years ago…Well, I tried to recreate that ‘infernal’ scenario, with the MC confined indoors, with a slow internet connection and only some video games at his disposal to pass the time.

The late 90s sucked tech-wise, without smartphones, high speed internet etc. but at the same time it was a great period for show business. 1999 was even greater year. Movies (Fight club, Matrix, Star Wars Ep.1, Sixth Sense and more), music (Napster came out that year but with those slow internet speeds wasn’t yet much of a threat for the industry), television (MTV, Friends and ER) and of course the xxx industry. Digital means of piracy were available but not as today. In short, the companies ruled almost everything.
Nowadays, although piracy is huge, I believe there’s more meritocracy. Indie artists as myself, can reach everyone and get positive or negative feedback and financial support almost from anyone, everywhere.
In 1999, the road to success was a different one. For artists, it wasn’t important how good you were but mostly who you knew. And a crucial role to reach fame and fortune, came down to agents and managers.

How serious am I?
Although game development isn’t my day job, I dedicate a lot of time and effort to be a better coder, writer, artist etc. Old friends and supporters already know that I’ve always respected the deadlines and for 18 months, Goss_IP releases were never late not even for one day.I’ll try to show the same professionalism in this project too. But I don't fool myself: I'm not as good as others... But I try to be... And I could use your help/feedback/support/ideas.

What about Goss_IP vol 2 Ghost Stories?
I’ll get to work with it as soon as I finish this project. I love Goss_IP. I’m dying to see Ted and Ivan’s new adventures. But, right now it’s TTPS turn.

News about the next Update

13.3%
collected
to reach
I want to be able to work less in my day job, so I can work more with my project