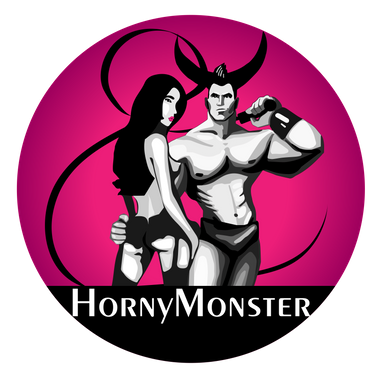 HornyMonster Games
By proceeding, you confirm that you are
at least 18 years of age.
Yes, I choose to proceed
Cancel
Cancel

Nice to see you on my Subscribestar page! This page was created as an additional page to the Patreon. I want to warn you right away So at least for now, it is running in test mode. Here only one level of posts. If you whant more then posts with updates, better visit Patreon.

I'm here to corrupt the population through interactive entertainment. Read more on my website  HornyM.com or you can join (just press on picture) into the community of like-minded people in DISCORD . It also publishes news and exclusive materials available to all.

This is a classic visual novel with a large number of relatively short routes. Make decisions and bring your character to the finale that you feel most comfortable with or try to discover all possible endings. One of the main features is the Ethos system available to the player. There are four available ethical profiles: romantic, pervert, dominant and neutral. Not only the endings, but the nature of the whole narrative will depend on the Ethos option selected.

The project is based on the original game by Mugetsu and generally repeats the basic plot structure, but if you consider the number of changes both already available and planned, then this is a complete remake, which only partially repeat the original.


Synopsis.
You are an ordinary succubus from the mind control department. And you are the one who gets the very important mission to find and retrieve the latest top-secret invention of the scientific department – the portable lust crystal. All you have to do is put your life, consciousness and career at stake. Combining your consciousness with the crystal through the astral trail, you know, is a rather risky task. But…

This story is not about you, but about the guy who became the bearer of the crystal. You have to influence his decisions, manipulate his feelings, and generally make a super stud out of him... or a pervert ... or someone who will allow you to attract as much lust energy as possible to the crystal, so that we can find and safely retrieve our precious invention. As a reward, you will be allowed to retain your job, if you remain alive, that is. You’ve got 4 weeks; time is running out.

P.S. I'm not a native English speaker. That's why English in my posts is far from perfect.

Access to each update for all of my games. My gratitude! You are a core part of making the game a reality!

Hello, everyone! Here is new update for you! And as always thanks for you support! And also hotfi...


Hello, Everyone!
I've finally finished the update and I'm happy to introduce it to you.


In case you've forgotten or recently joined us. Now all work is focused on adding content to the first game week. You have probably noticed a lot of inactive choices and that for some characters there is simply no event. Right now I am working on fixing that.


This update completes the first game week for Jeanine. In fact, I only added one new event to the game, but if you take text, renderings and animation, the update came out bigger than the previous one.
The event has four different options for ending. The availability of each option depends on which Ethos you are closer to, but so that you do not replay three times to see them in this update available all four.


And the big news is, in my opinion. I managed to significantly improve the quality of animation.  Now the animation is much more smooth, and looks better. I think you'll like it. The old animation I plan to gradually update and at the same time correct too active camera in some of them.

Hello, everyone! Here is new update for you! Thanks for you support! Links 0. 12b:PC - here


Hello, everyone!
I'm pleased to present you with a new update. As you know this update should have been ready by the end of April, but due to personal problems it was delayed by one month. The page was paused, and it will be like this every time I'm going to push the deadline too hard. Everyone who came out or lowered the tier in April and May will also get updates. If you suddenly don't get them, contact me (discord best way).

If you suddenly forgot, I remind you that now I'm trying to finish the first game week and gradually fill it with content. Today's update is dedicated to Jeanine. I have only one event left for her to finish the first week, but it's very big, with three variants of event for three Ethos. So wait for the next update in a few weeks.

I finally added a mall and a sex shop. So far, they're more of a nominal work, but with the addition of content, they make more sense. Although to put Jesse in a cat now, you'd definitely have to go to a sex shop.

There's also a part-time job. So far it does not give anything either, but in the future the extra money will not interfere, and the part-time job and the bar will be related to Amelia. But keep in mind, this is not a grind event that you'll have to attend regularly. For most routes it will only be enough to work a couple of times per game, and for some it will be unnecessary at all.

Hello, everyone! Here is new update for you! And as always thanks for you support! LinksPC - here

Here is the new update for lewd story. Because on Suscribestar I have only tier. Update will be available here 04.04.

So lets start from new structure. Now game have only to two game week. So no more skip of days and so on. Yes game still look empty, but new structure will help me to fill it faster. Conditionally, every week has its purpose. In the first week to start a relationship with girls and formed Ethos. The second week is the hottest, the relationship with the girls enter the active phase.

I also added a lot of info messages during the game, for example if you get a neutral Ethos, the game will warn you that there is no more content available for it.

Extra menu. While I have just added it, I will tell you about the plans for its development later, and in the meantime, let's talk about the replay menu, which is already available.

Since Lewd story has a branch structure, it was impossible without the replays menu. Now you can see how many scenes and what routes are available for these or those characters. It has filters so that you can sort the available scenes by character and Ethos. All universal character scenes can be found in the All filter. I added around 78 scenes to gallery, not only naugty, also key scenes.

Oh and starting from this update you can use old saves to keep save opened scenes.

New content. As you have already figured out, this is more of a technical update, so very little new content has been added, mostly scenes that are needed for the new structure.

Why is the version called 0.1 now? It's very simple. Before this update, each "Build" actually meant a new route, and "Version" is a change within "Build". Since I'm working on a game in my spare time, it took a long time to develop one route. Now I will release updates every month (5 weeks to be exact), and each update will be dedicated to a different character or things. That is, the updates will no longer be linked to routes directly. So the names of updates will now simply capture changes in the game.

Below sedule for this update and changelog. Please report all the errors you have found both in the text and code, better use Discord for it.


I'm super-psyched  to tell you that the new update is ready! This is the biggest update I've ever released, and I've given a lot of energy to finish it. A lot of animations and renders. Unfortunately, not everything has been completed from what I had planned, but the main things  is ready. Not all perfect on this moment, I''ll be polish update all next week, but I hope you like it.


Update dedicated to Jessy (dominant route). I'd even say it's two routes in one, because most of the scenes have two options for choose. Your decisions will affect the final outcome, and you get a different ending.

Hello, everyone! First of all, I want to thank you for your support! This is really important to ...

$0.00 of $200
per month
I can see that you are also interested in this platform. So I will add all the bonuses and tiers that are available on Patreon here. 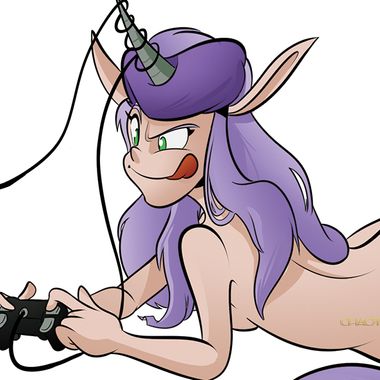 Roeselawik
Hello guys! I am Roeselawik! I am a writer and editor, basically focused on writing adult novels which usually contain action, mystery and yes, sex. My dream is to become a full-time writer. Thank you for your support!
This website uses cookies to improve your experience while you navigate through this website. Continue to use this website as normal if you agree to the use of cookies. View our Privacy Policy for the details. By choosing "I Accept", you consent to our use of cookies.