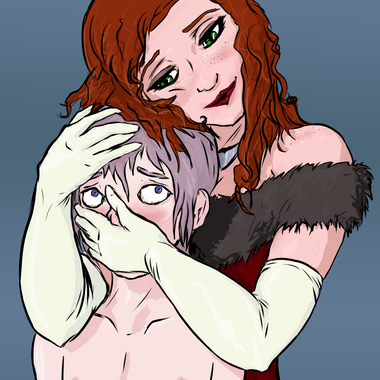 Zalzup
By proceeding, you confirm that you are
at least 18 years of age.
Yes, I choose to proceed
Cancel
Cancel

Early access to weekly art at the highest quality. Set of bonus sketches every month, with some voting involved. Vote on a monthly bonus sketch to get fully inked and colored.

All of the above. Full access to a new 8-20 page comic each month, before it becomes available elsewhere. More to come soon for this tier.

All of the above, but nothing else extra. Seriously this is just for people who have a lot of money and want to give some of it to support me.

Some concept art for a couple of characters I've had kicking around in my head for a while. Minnie and Max are two rival assassin mimes who are set to star in a sort of dark-comedy-death-fetish series of comics and illustrations, with some slight spy vs spy vibes to it.

I've always liked the mime aesthetic (although I never liked clowns much), and so came up with Minnie and had a couple vague ideas for her (slightly absurd, mime-y, breathplay things like strangling Vic with an invisible rope); but I also soon decided I needed a killer femboy type character and came up with Max for that. I've got a couple short comics in planning for these two, and plan to potentially open up for 'volunteer victims' for them in the future (possibly in higher tiers only); we'll see.
MimessassinsGloves
Comments (0) loading...
Like(0)
Dislike(0)

Sisters of Disposal: Department of Execution

Sisters of Disposal: Department of Instruction

Sisters of Disposal: Department of Administration

Some art of a character I've been working on for a while. While my main OC, Victor, has his domme Sabrina; I've been developing a more fantasy oriented story for the female alternate, Victoria, and her domme Mary (pictured above, obviously).
Over time, I've combined several character and story ideas together and am in the (very) early stages of making a (very explicit) visual novel about it, in which Victoria is kidnapped by a bunch of fantasy supernatural/monster girl pirates as a sex slave/servant girl. The idea now is that different routes lead to different crew members being the domme in the story (with Captain Mary here being one of the hardest routes but with some of the best endings and stuff), and the multiple-endings format of a VN allows for me to indulge in lethal scenarios as a bonus for those of us who like that, while those who don't care for them can just treat it as any other bad ending and go for a non-lethal one. Being that I'm making it, it obviously will be fairly asphyxiation focused, but will get to indulge a few more elaborate fantasies through the supernatural elements (such as: there might be some vore with some characters), as well as some other BDSM stuff.
Eventually I'm going to do some more art and stuff, not only of this character (I have a few fetish pics with Vicki and Mary in the works in the vein of the regular Vic and Rina stuff, plus I've got a really cool action scene I'm animating where Captain Jinx does badass pirate combat stuff), but of other members of her crew as well.
MaryJinxGloves
Comments (0) loading...
Like(0)
Dislike(0)

Kneeling at her feet

Zalzup
Public post
Some concepts for some character ideas I've had for a while; although I personally have never had that much of a thing for nuns (having never been catholic), I still get some of it through general cultural osmosis. I like the how the mask/habit/apron thing works as all one piece, and obviously with me being me they need to be gloved.

I have been fleshing out this setting with fairly regular concepts of greater detail for each department (including some individual members of the order), and definitely plan to make some more art with the Sisters in the future (I'm thinking of doing something where subscribers can submit characters to be victims of the sisters, but we'll see); but if any of you like them in the mean time, feel free to use them in art and stories of your own.
SistersOfDisposalVictorTimmLethalBreathplayBagOrSheet
Comments (0) loading...
Like(0)
Dislike(0) 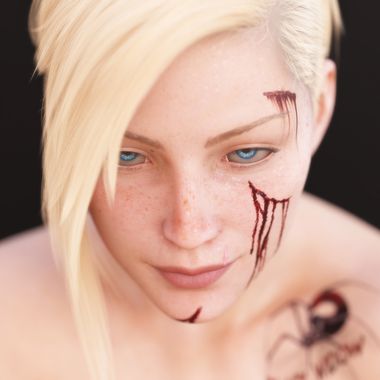