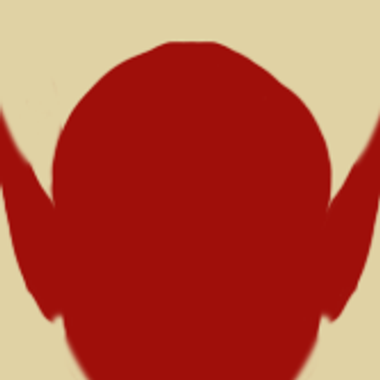 Thank you for your support! * Access to subscribstar-only posts

Hey everyone,
I'll keep this progress log much shorter than last week, just to give your eyes a little rest before I tackle another potentially lengthy topic next time - the "ladder of importance" which dictates how much attention will be given to characters (i.e. how many scenes they will have) depending on how involved they are in the main story. But more on that next week!
I've spent most of last week writing up codex entries and practicing drawing with an online course I came across (the above picture is a value study from following along with the course). It's mostly focused on drawing (and painting) faces, offering a few different techniques on how to approach the process. I did a bit of that course like a month ago, but my desire to learn was reignited after a very long struggle while drawing Sunny's face from a certain angle, and then an even longer struggle trying to render it.
Needless to say, the drawing techniques are very much different from how I usually draw faces. I am not sure if the course will have an immediate impact on my drawing ability (and even if it does, you might not notice anyway since a lot of the art is already finished), but I am looking forward to testing it out. I think it will be difficult to employ the methods at first because much of the drawing in the course is from a reference (like the above pic), while the faces of Elvensang characters are, for the most part, from imagination. My feeling is that once I have enough mileage, I will be able to incorporate things I picked up while drawing real people into drawing fictional characters.
Anyway, that's it for now. As I said before, next week's log will be dedicated to discussing the ladder of importance where I'd like to share my thoughts on how I structure scenes for characters, be they the deuteragonists like Sunny/Anasteya, or a side character like Olevia.
Love you all,
Worlaix
Comments (0) loading...
Like(0)
Dislike(0)

Hey everyone,
I don't have much to share in this (week late) weekly progress log, aside from the fact that I bought a new drawing tablet, so I've spent much of the last two weeks drawing quite a bit. I'd like to increase the text:image ratio in the next episode and the drawing tablet was a great investment for that. The tablet I had been using was a little bugger for 50 bucks and though it has served me well, it is a great comfort to have more drawing space than 6x3 inches.
The picture above is an Elvensang-unrelated piece I drew from a Vikings: Valhalla reference. I mostly liked the lighting in the scene, but I don't think I'll finish it seeing as it was just a little something for practice.
In other news, I've pretty much committed to postponing my diploma thesis for the end of June, so I have plenty of time to work on the next episode in full swing.
And that's all I have for now. In the next week's progress log, I'd like to talk a bit about Sunny as an unavoidable romance - it is a topic that has come up a few times, be it in the survey or elsewhere, so it might be worth discussing for the sake of future reference. If you have any thoughts on the subject (especially if you are not too thrilled by it), do feel free to share them here or on Discord.
Love you all,
Worlaix
Comments (0) loading...
Like(0)
Dislike(0)
See something you like? Subscribe to see even more!
Subscribe Now
The subscription gives you: