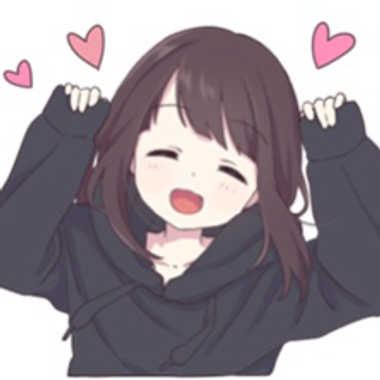 What is WetWorksErotica’s Natalia’s Life?

Natalia’s Life is an erotica project that follows Natalia, a 22-year-old girl who has recently moved out of her strict family home. Now living in a small town apartment, free from her overbearing mother and zealot of a father, she finds herself struggling with repressed sexual urges she yearns to explore.

Natalia’s Life is unlike other erotica stories in that readers can have a direct influence over the course of the narrative. Through the use of polls, $5 subscribers on https://subscribestar.adult/wet-works-erotica may dictate key choices Natalia makes in certain situations.

In Natalia’s Life, there is no underlying goal or motive throughout the story. Natalia’s Life is entirely up for readers to dictate. Community collaboration is even encouraged through the WetWorksErotica discord, available to all subscribers for free.

The title is just a joke, I promise! I allow everyone access to the WetWorksErotica discord, just in case they want to hear some first hand reviews.

Supporters of this category will receive a free written commission every month tailored entirely to their preferences! Length will depend on the content requested, however all products are guaranteed to be 500+ words with a limit of 5000 words.

Natalia huffed, wiping sweat off her brow. After moving the last of her boxes, she looked toward the barren walls of her apartment. She sighed. A week of packing, days of saying goodbyes, and hours of driving had all accumulated to this point in time.

Isolation. A concept she was free to explore to its fullest, now. She could be her own woman, with her own dreams, with her own goals and ambitions. Through the exhaustion, Natalia’s lips curved into a faint smile. She moved to the lawn chair she had unfolded earlier and took the moment to sit down and bask in her accomplishment.

Natalia’s face crinkled. Rolling her eyes, she stood back up and moved toward the door, trying her best to not look so disturbed by the interruption. When she opened the door, however, she gasped.

A man was on the other side of the door, almost towering over her. His friendly smile caught her attention first, but Natalia’s gaze soon moved on to the distinct outline of his pecs and abs through his tight white shirt. He smelled of sweat, and she could only assume he had just finished working out. “Hello?” The stranger asked, causing her to snap away from her observations.

“Oh, sorry, hi? Can I help you with something?” She asked, brushing her soft, black hair away from her face.

The man chuckled slightly, a bit confused. “I was asking you the same question. I saw you moving some boxes from your car, need any help with that?”

Natalia felt her face redden, and she attempted to giggle away her awkwardness. “Oh! Sorry, long day.” She smiled tiredly as if to express her point further. “I’ve actually gotten most of everything… for now. More should come tomorrow.”

As he started talking again, Natalia couldn’t help but let her mind wander. Isolation. Not only from her parents and her friends, but also from judgment. She could slam the door in his face and no one could scold her for being rude. She could invite him inside, offer him a night of passion and service. No foul mouth mother would be around to warn her of the dangers of being a slut. Internally, she scolded herself for having such distractions, and she attempted to focus once again on the man. “But anyway, I’m Tyler.” He smiled.

“Oh, I’m Natalia. New to the building, I guess. Do you live nearby?”

He pointed toward the end of the hall. “That room’s mine. You said you were having more stuff come tomorrow, right?”

Natalia nodded. “My parents should be delivering the rest of my things. Dad didn’t trust me to drive a moving van by myself.” She chuckled, albeit bashfully.

“Well, if you need any help, just swing by my place. I don’t have any plans for tomorrow.”

As the two said goodbye, Natalia felt a hint of sadness when she wasn’t able to offer him a drink of something inside. While excited for the newfound privacy, she was still frightened at the thought of being truly alone. She, however, refused to confide in her neighbor so quickly, and she was eventually forced to wave goodbye and shut the door behind him.

Natalia decided to call it a night after her short conversation with Tyler, and she opted to do her unpacking once everything else arrived in the morning. Instead, she grabbed the box labeled “Shower Stuff” and took it to her new bathroom. There, she opened the box, removed a bath bomb, then began drawing a bath.

As steam began filling the bathroom, her mind continued to drift back to her neighbor. While a few boys in the church camps she frequented as a teenager were chiseled for their age, it had been quite a while since she had seen a man as well built as Tyler. She came from a small town, a village really, of church-going people. While they were great in their own right, Natalia never really got the chance to mingle with the opposite sex. Her parents were too strict in regulating her social life, even after graduating high school.

“No daughter of mine will be spreading her legs for anyone while she lives under my roof!” Her mother said.

“You don’t want to dirty yourself before you can find a husband. No man wants a whore for a wife,” her father said.

Natalia removed her black hoodie, tossing it on the floor as her breasts kissed the air. She furrowed her brows. It wasn’t fair. Her friends all spoke of summer romances and high school flings. She imagined meeting boys during college, boys who wouldn’t care about preserving her innocence.

“Hard to meet boys when you have online classes,” Natalia huffed to herself, removing her grey leggings. “But I did meet a boy. And all I did was say hi.” She gripped the hem of her pink panties, then dragged them down her smooth thighs as she removed them. “He’d have been clamoring to touch me if I just flirted a bit.”

She gently grabbed a handful of a breast, gently squeezing her nipple between her fingers. “He would have been all over me… begging to fondle me.” She grabbed her ass with her free hand, parting her cheeks as she felt open to the warm, steamy air. Her breathing began to quicken, and a warm, wet sensation began trailing down her inner thigh.

She let her back fall against the wall, and she slowly slid down to the hard bathroom floor. Her hand fondled her breast roughly as she let loose a quiet moan. Her other hand now began gently massaging her inner thigh, her fingertips tracing the flood leaking out of her. Closer her hand moved up her thigh, where she began to gently brush her back of her thumb against her labia.

Her head fell against the wall as her legs spread wide. She thought of what it would be like to drop down onto her knees and service her neighbor as he stood in the doorway. She wondered if his cock smelled as good as he did; she wondered how his cock would taste. As her fingers began tracing the moist folds of her pussy, she imagined the feeling of his glands sliding against her tongue. Having only sparsely seen pictures of a penis online, she began drooling at the possibilities a real one would open to her. What would his balls feel like as they slapped her chin, would they be heavy? Would it be hard to fit them in her mouth?

Her fingers moved down her pussy and began sliding into her flooded hole as she shuddered from pleasure. Her right hand moved away from her breast, and she dipped two of her fingers into her mouth. She sucked on them gently, licking them as if they were Tyler’s cock. She prodded the back of her throat with them, attempting to gauge her limits. She was eager to practice, though she ignored the courage she would need in order to act on her desires. For now, she was happy with her fantasies.

She began pushing her fingers in and out of her vagina delicately. She relished being able to explore herself whenever and wherever she wanted, but there was just something about a bathroom that got her going. Her fingers were buried to their knuckles, and she squirmed as she roughly toyed with her G-spot. Her knees began to buckle, and she bit her fingers as a torrent of pleasure swarmed her loins. She felt a faint trickle of fluid run down her leg, and as she rode through her orgasm, she became aware of the puddle growing underneath her ass.

Eventually, she gave a deep and gratified sigh. Sliding her fingers out from her crevices, she observed the liquid shining on her hand before shakily standing. Her desires were always beyond her control, but at least now she didn’t have to hide them from her family. She felt satisfied, both physically and mentally.

She sank into the bath, closing her eyes and enjoying the sensation of the warm water’s embrace. She let herself be proud of the moment, and she slowly became at peace with her new life.

That was until she realized she had forgotten to bring a towel for the night.

$0.00 of $450
per month
I'm currently working on my writing career full time, and while I don't expect immediate success, I do need to be able to provide for my basic needs. The more I make every month, the more I can make for you!
$0.00 of $1,800
per month
This is what I, idealy, would prefer to make on a given month. It's about half of what I made before focusing on my writing career. Once this goal is made, I will begin releasing three stories a week!