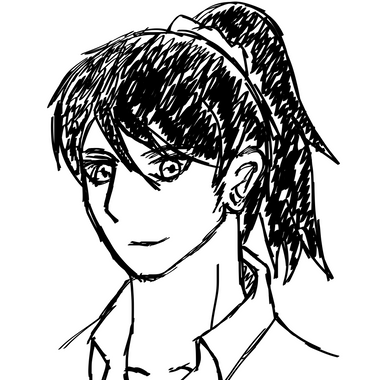 Warmellow
By proceeding, you confirm that you are
at least 18 years of age.
Yes, I choose to proceed
Cancel
Cancel

18+
Warmellow
Aspiring to be a professional author and artist! Hope you guys love my books and arts!
Subscribe
Send Message

Warmellow
Public post
Just sharing my art for today's gala! bg doesn't look superb ;~; , I will study for it after anatomies and stuff ;~;
DigitalArtOriginalCharacterDigitalIllustration

Did another art trade with Czarliz Orada! I learned a lot here! I am slowly getting used to persp...


Finally done! Did some experiments here to give off that Webtoon look! Will improve this art style of mine!
OriginalCharacterZoomArtCollabDigitalart

Finally done with this art for the collab! Thank you Lena for this opportunity! She is a great ar...

Did this to cure my boredom last night!

+ 2 other attachments
Comments
Like(0)
Dislike(0)
Posted for $4.99 tiers
Unlock Tier

Alright guys so I will start uploading the chapters of my novel here and I will ACTIVELY upload new chapters here before they are released in other websites. Ranging from a few days or even a week. Here are the first two chapters for free for you guys, along with the plot and prologue! At the end of this novel, I will upload the FULL novel and you guys can buy it at a good and reasonable price!
Prologue.pdf
Chapter 2 - A Grim Start.pdf
Chapter 1 - I'm Damsel Flares.pdf
Synopsis.pdf

Rise up! The Empress is here!

Hey guys! So, first post is going to be an introduction about me and what to expect here once you guys subscribed to me and all that.


So first of all! Allow me to state my name.


In the art world, I'm known as Warmellow


And in the gaming world, I'm known as TheEmpress/Empress


Now, that we get to know each other, let's go tell what to expect here, okay, you will get tons of stuffs here coming from me! Stuffs such as first reads of chapters of my books (Basically telling that peeps will be able to read chapters of my books first before they get published anywhere in other sites.) Manga/webtoon chapters! (I don't make NSFW... yet.). And livestreams of my games and such! There will be animations and game projects as well once I get used to them, along with music compositions and originally written songs!


So much stuff huh? Though, you gotta pay to see or hear those actual contents though! However!! Sneakpeeks, behind the scenes, trailers and things like that are completely free to spice you guys up so don't worry!


Of course I will be giving out freebies and other stuffs like that once I got a good income! It is for me to give you guys my appreciation and love!


Alright! Let's rock the world with this fams! Be the fam!
or gayest! (LGBTQ+-friendly)

Hey guys! Thought I should create this account so then I can actually get start in my career as a novelist and artist! I will do my best in publishing the best content to provide great entertainment for you guys!
See something you like? Subscribe to see even more!
Subscribe Now
The subscription gives you:

0.0%
collected
to reach
This pandemic became in the way that I couldn't report to work, which I am a new recruit in. I couldn't find any other sources of income aside from this. Aside of helping my family, I also want to buy something for myself and that is a personal computer, in which I will use for both my work and leisure. Of course I will include other necessities for it such as food and internet.

Necrovert
I am the creator of the hit webcomic "Delve" and I make all manner of adult comics and pinups, featuring girls, monsters, and monster girls! Lots of fetishy peril, bondage, and vore included!
This website uses cookies to improve your experience while you navigate through this website. Continue to use this website as normal if you agree to the use of cookies. View our Privacy Policy for the details. By choosing "I Accept", you consent to our use of cookies.