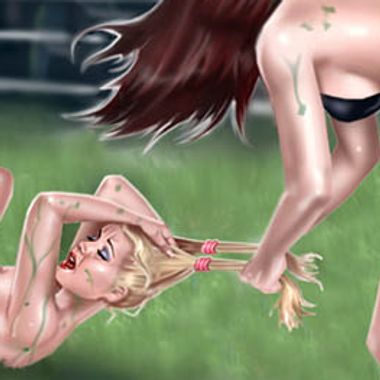 18+
UWWL
This Subscribestar site is devoted to the catfighting and women's wrestling stories that I have been writing for over 25 years (published under the alias "DG"), most of which involve the fictional Underground Women's Wrestling League (UWWL).
Writing
ProWrestling
Catfighting
FoxyBoxing
Fiction
WomensWrestling
Subscribe
Send Message 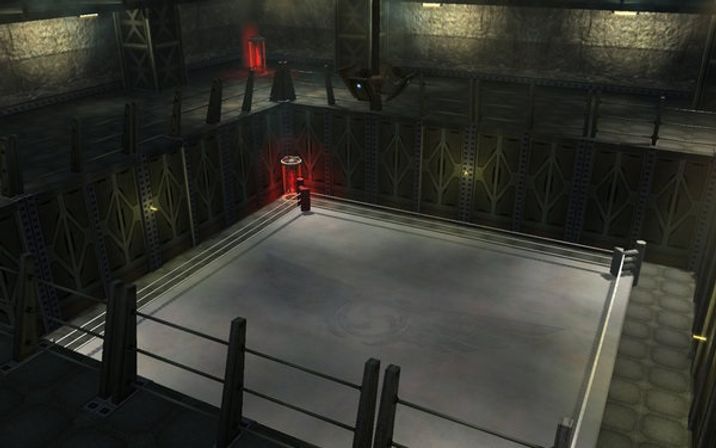 Note that the sneak preview below will contain some spoilers if you haven't read "War Games 7" yet.

It’s Ashley Starr’s 20th birthday, and she’s out celebrating with her Angelfire 2.0 teammates: Thunder, Lightning, Becky, Jackie, Heidi, and Alyssa – seven of the most beautiful women alive, who look amazing in their lovely dresses as they leave a fancy restaurant and clack in their high heels laughing and joking with each other toward the stretch limousine they hired to take them around the city on this big night. Fans and announcers can no longer call Ashley the teenage dream or the teenage sensation, and she’s fine with that. She’s ready to take her career to the next level, and tonight marks that transition.
Things are good for the new Angelfire stable, and for Ashley in particular. They recently became only the second good girl team to ever win a UWWL war games cage match (see “War Games 7”), with Ashley scoring the decisive tap out. The Hellcats will be on the shelf for a while after having their pussies and tits tortured on wooden horses for 36 hours, which is very satisfying for Becky and the others who’ve been on the wrong side of their sadism for years. The four Angelfire girls who fought in the cage have all been bumped up in the rankings as a reward for winning, and Ashley and Thunder (The Perfect Storm) are now the #2 contenders for the tag team titles held by Dheera and The Naughty Nurse, right after the #1 ranked Silver Bullets (Rebecca and Susan). The newly reunited Beach Babes (Heidi and Alyssa) are also now in the mix for the U.S. tag belts, and Becky would love to put together one last singles run in her illustrious career to challenge for Amy’s world title. And less than a year ago Monica signed tonight’s birthday girl to the most lucrative contract in women’s wrestling history, as a way of wresting away her hated rival Marcie Jade’s marquee superstar – the boldest move yet in their endless war, but a move that’s made Monica financially vulnerable.

So the good girls have lots to celebrate tonight, as they get into the stretch limousine where chilled champagne and luxurious comfort await them. Ashley slides into the limousine in a white dress and strappy, open-toed high heels, with her slightly wavy light brown hair pulled back in a ponytail and her trademark bang hanging just over her left eye. As all seven Angelfire ladies settle into the limo Ashley’s teammates turn to the birthday girl and ask where she wants to go next – and notice that the UWWL’s newest 20 year old looks a little down.
Thunder, Ashley’s tag team partner who’s become like a sister, turns to her (looking amazing in a purple dress) with a hand on Ashley’s leg and says, “What’s wrong, sweetheart?”
Ashley says, “All of you could order drinks in there except me, and it’s my birthday. I just bought a million dollar house… but I can’t even order a cocktail on my birthday because I’m not 21. It’s ridiculous.”
Becky (in a blue dress) grabs a champagne bottle out of an ice bucket and says, “I know it sucks, Ash, but we can drink in here.”
“I know, but it’s not the same. I want to drink in public and party.

A reader asked me to post the first "Falls Count Anywhere" story before I release Falls Count Anywhere 2 this upcoming weekend. This story is from the New Dark Age series and features Lauren and Rebecca (The Starlight Express) defending the UWWL world tag team titles against She-Devil and Olivia.

I'm only posting this as a pdf but if you'd like me to paste in the text then feel free to let me know in the comment section.
Falls Count Anywhere.pdf
LaurenRebeccaSheDevilOliviaUwwlWorldTagTeamChampionshipFallsCountAnywhere
Comments (0) loading...
Like(1)

UWWL
Public post
Here's an update on progress with new material: I'm almost finished "Falls Count Anywhere 2", which is about the brutal, feud-deciding match between She-Devil and Olivia. I'm also working on a story called "Birthday Bash", about Ashley going out with other babyfaces to celebrate her 20th birthday... but bad girls decide to crash the party. Lauren also has her guaranteed world title shot that she can turn in at any time, I'm planning a developmental league story featuring The Farmer's Daughters against the psychotic and sadistic Death Metal Incorporated, Marika defending the internet belt against Dina in a private catfight, and much more.
Comments (6) loading...
Like(1)
View previous comments

Caged Chaos (Remastered)by DG The fans are packed into the club for tonight’s champi...