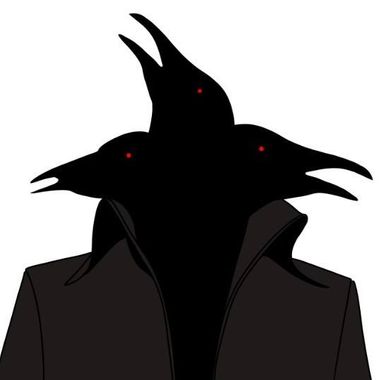 18+
ThirtyRavens
I am your humble neighborhood writer man hoping to make the world a better place one word at a time. If you like my work and want to ensure I dont starve to death I implore you to consider supporting me at whatever tier you deem me worthy.
Writing
Fanfiction
Subscribe
Send Message

This tier is for anyone who just wants to show a little love but doesn't want any of the rewards.

Other then my undying love and appreciation and appearing in the credits of my stories.

Access to sneak peaks and early looks at upcoming releases. Meaning you will be invited to be present for the proofreading process and allowed to make comments and suggestions before the words are published.

And a great big thank you from me to you!

You get everything from the previous tiers!

Plus the option to throw your idea into the short story request thread which has two winners every month!

Want 2k words going into the bank every single month, as well as the opportunity of commissioning a short fic basically whenever you want? Then this is the tier for you. Here you will get some discounted words, and if you got an idea that's a little on the smaller side then you can contact me pretty much whenever and I'll squeeze you into the schedule.

You get everything in the 15$ Everything Tier for free, plus I will write an extra chapter of either infestation or Born In Light. Your choice!

On average these stories have a chapter length of 5k words, though I sometimes go over that. Signing up to this tier insures I write an extra chapter of your favorite story, plus you get all other patron bonuses (minus commission slots) for free!

Have you always wanted your own serialized story that's updated monthly? Got an idea for a long, sprawling story but don't know where to go with it? Or perhaps you just want a crossover fic that you havent seen before.

Then this is the tier for you!

Simply send me the prompt for what you would like and I'll add your story to the list of monthly updates. These updates will be about 5k words every single month, or two 2.5k words word ones, whichever fits your story better. Just remember, that were in this together, so I may take some creative liberties with your prompt.

I look forward to working with you!

This idea base on commission drawing i got, Rarity and Futa Suri Polomare Anthro Title: On Display Rarity as hired Suri polomare to work for her at her manehattan store, Rarity's lingerie sells are down and she brainstorming ideas to get them up, Suri tell her she has an idea, she tell Rarity to put on sexist lingerie, she leads Rarity to the window, and forces her into the window and fucks her hard, Suri tells Rarity her plan is to show mare how sexy they'll look being fuck in her lingerie. They get a huge audience, Suri cums in Rarity and let's her slide down the window, mares storms the shop, requesting lingerie, Suri handles the sales while Rarity recover, when she too, her entire lingerie line as been sold and agreeing to do this again.

I'll try my luck with this idea: Sci-Twi really wants to experiment more with Equestrian magic but is afraid something might go terribly wrong. After thinking about it for quite a while she comes up with the most harmless use of magic that still could be useful for one of her friends (who is also her secret crush): an infinitely working heating lamp for reptiles. „Mr. Snake“, one of Fluttershy's venomous snakes, volunteers as a test subject. The lamp hanging inside a small testing chamber seems to work as planned and Mr. Snake enjoys a nice artificial sun bath, till the lamp malfunctions and a magic bolt suddenly hits Mr. Snake. Fluttershy rushes to help Mr. Snake, only to get bitten by the venomous snake. Sci-Twi drags Fluttershy out of the chamber. Just as Sci-Twi grabs her smartphone to call an ambulance, she gets stopped by Fluttershy who reassures Twilight she feels better than fine, before kissing Sci-Twi. Things get more steamy between them, which is also the reason Sci-Twi fails to notice her crush slowly transforming into a lamia. Not that Sci-Twi minds Fluttershy's transformation, especially after a small love bite, her own scaley transformation and Fluttershy helping her enjoy her new body.

26.1%
collected
to reach
This will enable me to afford rent, and devote more time to writing things that arent commissions. Thus I can afford to add another story to the monthly update list, or do more chapters of the stories you already love.

The Firebrand
Adult Art and Animations of your favorite video game Waifus. https://linktr.ee/The_Firebrand