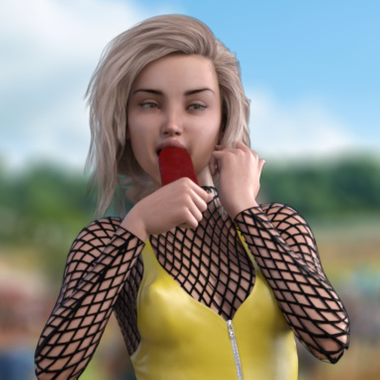 White Phantom Games
Defending Lydia Collier is a new adult game created by White Phantom Games. I am the artist, writer and coder of the project and work independently to create the best and most interesting game I can.
December 24, 2020 01:24 AM
Public post
This content was created for artistic and entertainment purposes FOR ADULTS ONLY and may include pictures and materials that some viewers may find offensive. If you are under the age of 18, if such material offends you or if it is illegal to view such material in your community please exit the page IMMEDIATELY. All depicted characters are fictional. No live victims were produced during this content creation and no harm was imposed upon any live creature. All characters depicted in sexual situations are 18 years of age or older and of the age of consent, even if it looks otherwise. Acts depicted are all consensual.

Hello, hope you're all well!

Firstly a huge thank you to everybody who gave me feedback regarding the phone changes.

Initially I wasn't going to include it in this update and have a separate overhaul update, but I've been working on this so much I really hope I'll be able to fit it in.

Those of you have followed my games know about me and coding, I have absolutely no experience in it so everything so far has been extremely basic just a flow of text diverging on a flag here and there, but nothing beyond that.

With the new knowledge I've gained through learning screens and imagebuttons and all kinds of things for this I've got some big plans on making the game look better in lot of different ways. Anybody that really isn't bothered about this, the good news is that I don't lose any render time for it, as I'm coding and photoshopping back on my laptop. This also won't delay the update, if the renders are done first v.09 will be out without it.

Now onto the main substance of this update, I'm now on the 4th of 6 adult scenes to be included with this update. I realised some players may be on a more vanilla path with Steph so she's got an additional originally overlooked scene coming.

I've got more than 500 renders completed for this update completed at this moment in time. Previously, version 0.8 was the biggest so far with 430, and in this update I've already surpassed this and I've still got roughly 200 more to go. Version 0.9 is going to be approximately 700 renders, making it basically the size of two updates which is the reason for why it is taking longer, it is going to be the size of two updates.

Regarding the time of year, I will be unreachable for a few days and I'll answer any messages upon my return.

December's Poll will be 'New Years Eve Party' themed, and the poll will go up shortly after this post for $10+ supporters.

Thank you for all your continued support, stay safe, and I hope you have a wonderful Christmas!