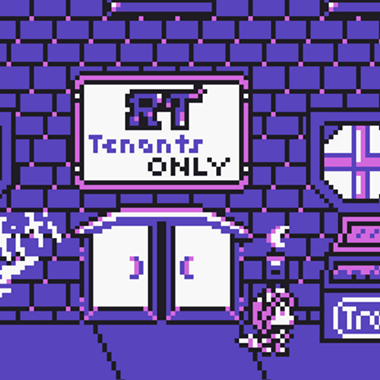 Setsune Wave
Furry VR and Retro Games!
Aug 05, 2020 04:40 PM
Public post
This content was created for artistic and entertainment purposes FOR ADULTS ONLY and may include pictures and materials that some viewers may find offensive. If you are under the age of 18, if such material offends you or if it is illegal to view such material in your community please exit the page IMMEDIATELY. All depicted characters are fictional. No live victims were produced during this content creation and no harm was imposed upon any live creature. All characters depicted in sexual situations are 18 years of age or older and of the age of consent, even if it looks otherwise. Acts depicted are all consensual.
This SubscribeStar contains adult material. By pledging you confirm that you are 18+
The following content includes NSFW (Not Safe For Work) links.

I stream development on Picarto! Check the image below for my current status, or follow me there! You can also watch previously-recorded streams!

Rulent Tower is a project being developed in GB Studio, a very user-friendly software suite that generates real Game Boy projects that run on actual hardware. Game Boy hardware is limited, so this requires some design compromises and trickery, which have proved fun and challenging to work around.

The game is a tongue-in-cheek furry take on some retro "late-night Skinemax" cable movies, as well as mature parodies of the era, where everything is a bit saucy and silly, but not truly explicit. It stars a line-up of parody characters that maybe you'll recognize the inspiration of, maybe you won't. But they're not the same characters. If it helps you to understand, think of it like this scene in the movie Spaceballs: https://www.youtube.com/embed/aeWbTffMq-A?start=123
(Scroll to the bottom of the post to view, just a quirk of SubscribeStar)

Space Vixen Kyanal (named after the lovely crystal Kyanite) moves into a new apartment building at the request of her friend. There she runs into lively neighbors like Floral, Mary Ann, The Tail 7, Minina, Popper, and Rogue the Butt. (The bad names are part of the fun.) She makes friends, adjusts to her new life there, discovers a few mysteries, and generally has a fun and chill time.

Within the GB Studio suite, I'm currently making all of the game design, sprite graphics, coding, and some of the sound effects. I will likely be seeking outside assistance for additional music (beyond the handful of freely-available songs provided by the GB Studio community) and some special cutscene character artwork.

The game is fast-approaching "Move-In Day" release, which will cover the planned first 1/4th of the game. (Akin to Early Access.) Active SubStars will be included in a special dedication plaque in the Front Lobby of the building.

How about the VR?


While I probably won't go any further with Rulent Tower VR, since it was mainly intended as practice and an April Fools joke (that I got far too deep into), I do have plans for my next major VR project that will be started once Rulent Tower has been completed. Can't give away too much yet, but if you like Monster Girls, I think you're going to like it.


What do SubcribeStar Donations help with?

Hardware upgrades and accessories are always a huge aid for Game Development. More memory, added storage, additional platforms and accessories to test with, et cetera. Funding can also contribute towards needed assets, and sourcing paid work from other creatives in areas I may not be as strong in, such as artwork or music.

Even at the lowest tiers, you'll receive access to a lot of the content. This includes early peeks, alternate versions, playable test builds, Lens progress updates, etc. Higher tiers may get a few extra sneak peeks, as well as more chances to influence development when the opportunity arises (via polls, requests, etc). I'll also add your name to the credits inside of major projects when feasible, and on my livestreams, with the higher tiers getting top billing and a little extra sparkle.


And of course, you help make things happen. You give me the time and ability to work on the crazy, silly things I enjoy doing. And I appreciate each and every one of my SubStars.