Puritysin & Caotico Comics
Unique Let's Plays, Artwork, Comic Book series
March 18, 2019 16:49
Public post
This content was created for artistic and entertainment purposes FOR ADULTS ONLY and may include pictures and materials that some viewers may find offensive. If you are under the age of 18, if such material offends you or if it is illegal to view such material in your community please exit the page IMMEDIATELY. All depicted characters are fictional. No live victims were produced during this content creation and no harm was imposed upon any live creature. All characters depicted in sexual situations are 18 years of age or older and of the age of consent, even if it looks otherwise. Acts depicted are all consensual. 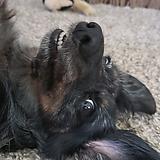 I am totally going to try to steal Akabur's thing and do a massive update on mondays on here and Subscribe Star. So what is happening exactly? Let's talk about the last two weeks before we move into this week!

So for the last two weeks I have been dealing with someone falsely reporting the Twitch saying that it is soliciting sex. As most of you who have been on my twitch know there is nothing of the sort that was on there. I didn't even have a link to the patreon in the panels. Well when I got the twitch back Saturday night I worked until 3 am revamping it, getting rid of old videos doing everything possible to make it friendly even putting an 18+ warning on (Allow me to state I do NOT do adult games on Twitch. I was told it would be smart to do that due to the language.) Well....come Sunday after I did a completely peaceful little Star Wars Old Republic stream I got this email a few hours later. 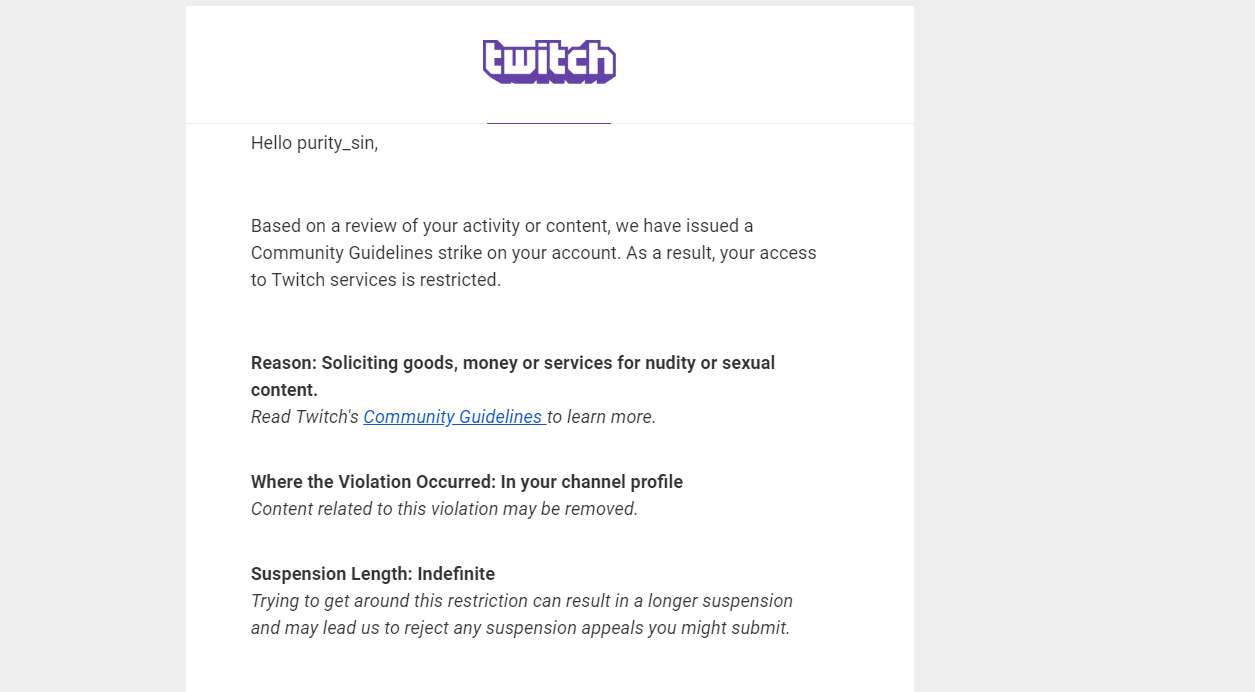 Now that the shit is out of the way. Let's talk real talk! So as for the main channel I will continue to do the games im doing. I am honestly thinking of taking another break from something unlimited. While I enjoy the game I want to wait for a massive massive content update because im honestly getting a bit bored of it. I also want to try to finish some of the series on the channel already so I can move onto new ones. Sadly My Girlfriend Is the President will not continue due to the game corrupting itself.

The long stream channel is now being reviewed for monitization yay! As for Patreon and Subscribe Star well I am going to keep working my little butt off to keep you guys happy but I do have a completely serious and honest question that I want both sides to answer.

I don't like the idea of doing this but people have suggested I split the Patreon into two patreons. One of the channel one for the comic. People are suggesting this because the comic one would be kept out of the 18+ warning while the for the channel would still be 18+. I really don't like this idea that is why I wanted your thoughts.

Also! I am curious what you guys might want as physical rewards! Someone in stream last night suggested a calander which might be awesome but I want other ideas! If we can hit that goal so many amazing things can happen :D! If you can't help and your a dev or another creator just spread the word!

So this weeks Patreon stream will be Thursday- That will be Senran Kagura night including peach beach splash aaaaaand...you....you guys want some of that Xenoverse yumminess?! 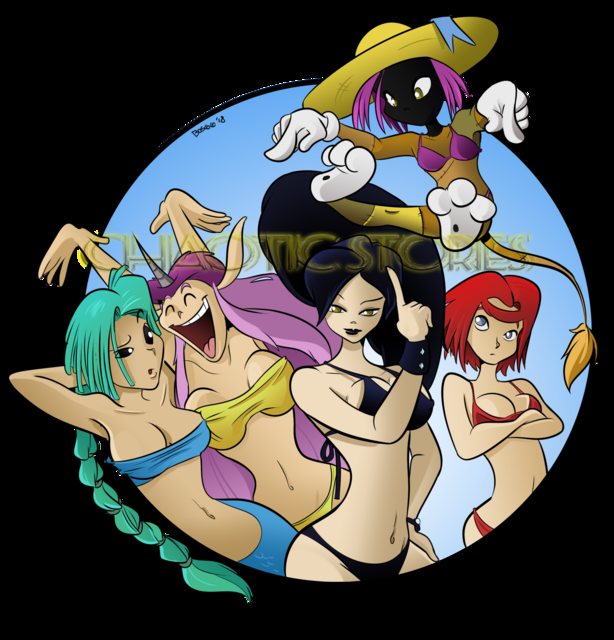 Saturday may be our more adult orientated one but I will keep you informed!

So where can you find normal streams now!? Well Youtube of course as well as....Mixer as well as now Smashcast

Don't forget to throw in your art requests both on here and Subscribe star. If you want you're request on a poster or shirt let it be known! Now....

Love you all also thank you all for your condolences on Tara. She is in a better place playing with all you're pets that passed on as well.