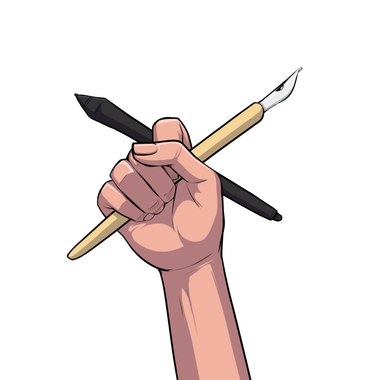 Hey Guys!
Releasing XIX v0.2a today. First let me tell you what I have added new in this.
> 3 Furry Queen images (old version had only sketches)
> a scene BG
> Hints for every friend event triggers. After triggering you have to follow what's been said in the conversation. Hints will appear in morning right after you wake up from sleep.
> You can switch on or off the hints by clicking bed in your room.
> Mission hints are bit more clear.
> fixed some logic issues.
> Things been set up to make the game free-roam or sandbox after next version. (I am not sure about the right term)
Here is the game link:
https://drive.google.com/drive/folders/1DaRxO_n8p0cs09q3AWmz8xYeLQcVD7iL?usp=sharing  - non bestiality
https://drive.google.com/drive/folders/1PfIMVUGvPZf3SWjWx-Vzm1UIZHxpMcOD?usp=sharing - bestiality
It's the same link. It has PC + Linux, Mac, and Android versions. Have fun :)
If possible write a honest review at https://f95zone.to/threads/xix-v0-1-muplur.40046/  It will help a lot more than you think.
Towards Greatness
MUPLUR

You get My friendship and Love and all the previous rewards + You get the game 7 days before Public release. + Game scenes Archive download + Patron only posts Containing A Painting/Drawing in 2K

You get My friendship and Love and all the previous rewards + You get the game 9 days before Public release. + HD Game scenes Archive download + Patron only posts Containing A Painting/Drawing in 5K + Fully detailed work progress with Q&A + 10% off in commissions

You get My friendship and Love and all the previous rewards + You get the game 11 days before Public release. + Previous month Drawings Full Resolution Archive download + Name in current game credits + Any H scene work file you want. One per month. + Patron only posts Containing A Painting/Drawing in 5K with process pics + Fully detailed work progress with Q&A and Images + 20% off in commissions

You get My friendship and Love and all the previous rewards + You get the game 14 days before Public release. + Your suggestion will be in game as Bonus contents (Within rules, we can talk about it). + Any Character sprite you want (Along with work file). One per month. + Discord High level role - You can get game testing versions there. + Patron only posts Containing A Painting/Drawing of a Character in 5K with process pics and workfile. + Fully detailed work progress with Q&A and all images + 50% off in commissions

MUPLUR
Public post
Project Possible v0.5 released for public
Heyo guys!!!
So happy that PP is finally out for public. I had to draw 40 drawings with variants and stuff. I hope you all like the 'stuff' ;) This update is mostly focused on Kim. Yet Bonnie, Tara, and Shego got some action too. Go to this link and download the game. Link contains PC, Mac, Android links too. https://www.patreon.com/posts/67942295 Play it until your heart full or balls empty. Share your thoughts and show us your support. If you promote us or do any kind of help for our improvement, We thank you from the bottom of our heart :D
XIX news: I have re-started drawings. I am going to change few drawings to show more action and emotion. Look forward to it :) I will share detailed progress with images next week for patrons.
Do must play the PP game. People gives mostly positive comments about the game. So I hope you will like it too :)
Towards Greatness,
MUPLUR
Comments (0) loading...
Like(0)

PP Hype! ! Completed the flat colors for 38 PP drawings and 10 of them are done with shadows as w...

And let this post be public.
Been working on PP drawings. They will be done within 10 days. Expect the release within this month.
XIX release is moved to July.
After XIX 0.3 release, I will release a fully-made HD CG pack of both PP and XIX for all high tier patrons. I noticed the released HD drawings are made for games to reduce the file size. So I will make all of them as full CGs, so you will get to see them as full scenes instead of separated body parts.
Despite having lot of real life issues, I never stopped working on the games. Soon things will get better and work out someway. Let's look forward to that.
Towards Greatness,
MUPLUR
Comments (0) loading...
Like(0)

Hi, XIX TitansI am still continuing the posing progress and testing the triggers and position of ...

MUPLUR
Public post
Hi guys,
Started putting the sketches inside the game and testing the gameplay. Changing some directions and planning to change or modify the artworks. And adding some new artworks too. The amount of artwork reached 150 so far.
They are mostly pre-sketches, and some of them are good sketches like the terra pic above. I prefer the quality of the game more than anything.
Leroy said he will come up with the PP script in a week for Drawings. I increased the amount of drawings I can draw for him. I nearly doubled it. So that's going to be lot of drawings.
Maybe both games will be released next month. Though the release dates will be a bit far away. Most likely PP will come sooner than XIX. I will have to add sounds and other more stuff in the game.
Lot of things going on in our lives. Whatever we do, Stay motivated, Stay hungry, Let's do our best and never settle for less.
Towards Greatness,
MUPLUR
Comments (0) loading...
Like(0)

New Improved MuplurHello dear friends :)About the Drawing: You like the Drawing above? Been worki...

41.8%
collected
to reach
A fund to make a new adult game based on Gargoyles cartoon series ;)