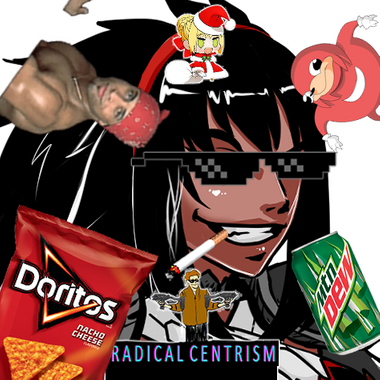 kukuruyo
By proceeding, you confirm that you are
at least 18 years of age.
Yes, I choose to proceed
Cancel
Cancel

All of my comics are in both English and Spanish so check in the website to change language.

-Monster girls on tour is an absurd humor comic about Monster girls, with K'sara the salamander as protagonist, traveling a fantasy world in stupid adventures. It updates tuesdays and saturdays and supporters can read an extra page.

-​Triggerhappy is a series of political comic strips against censorship, political correctness and social justice warriors, mainly focused on videogames, but expanded to everyday life.

-Guild adventure is an already complete manga with about 600 pages, set in a world similar to Monster hunter, and related to Monster girls on tour.

-I also do sporadic humor pages about games like League of legends with "My little eve", or about Overwatch with "Team Talon blasts off again".

I also do versions of creatures as monster girls, especially of Monster hunter creatures, which I already have more than 50, but I also do version from pokemon, league of legends, movies, etc. Also, I usually upload a nude version of them as exclusive content for my supporters in subscribestar, and do a poll to decide some of the next creatures to draw.

$493
to reach
the Goal
-If i get to this amount i can dedicate some more time to comics instead of commissions. As long as i'm in this milestone, i'll publish extra pages of small strips like Gamergate Triggerhappy or Team Talon blasts off again, trying to do at least 2-3 peer month. -Si llego a esta cantidad puedo dedicar más tiempo a los cómics en lugar de otros trabajos, así que haré paginas extra de tiras comicas como Gamergate Triggerhappy o Team Talon despega de nuevo, intentando hacer al menos 2-3 al mes.
$993
to reach
the Goal
-If i reach this ammount, i will only need to do a few commissions peer month to live, so i can dedicate a lot of time to comics. I'll change Monster girls on tour to a 3 pages peer week publication (right now it's a 2 pages peer week). -Si llego a esta cantidad, solo necesitaré unas pocas comisiones al mes para vivir, así que podré dedicar mucho tiempo a los comics. Cambiaré Monster girls on tour a 3 paginas a la semana (ahora mismo es 2 paginas a la semana)
$1,493
to reach
the Goal
-If i reach this ammount per month, i can basically live from it, so instead of commissions, i'll work full time on the comics and illustrations, releasing a lot of material exclusive for patrons and a lot of comic pages -Si llego a esta cantidad mensual, puedo en esencia vivir de esto, y trabajaría a tiempo total en los comics e ilustraciones, sacando un montón de material exclusivo de patreon