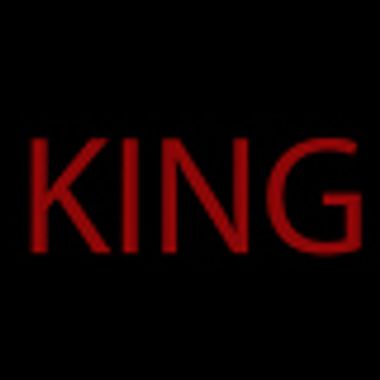 KingHardcore
Link with all my old stuff(which is currently all my stuff before the current stuff I'll show off next week.)
https://mega.nz/folder/o0UgiBrR#BuWlyiX6by8Znxer8qeLmA

A temporary tier until I finish preproduction!

Get Exclusive GIFS and Full uncensored short animations at 720p on release. Will get paid animations(Animations that will be on sale on Dlsite and other places) 3-4 weeks after release for free. Vote in submissions, characters, scenarios, etc.

Get the entry to coach perks but get everything at 1080p and will get ALL releases on release day.

Private jet down the rabbit hole

Get exclusive bonus scenes before anyone else. Get all releases Paid, loops, short animation, anything upon completion and early access to all my animations. Vote in submissions and first chance at Game demos.

KingHardcore
Public post
Hey guys an update! I was supposed to only take a few weeks for personal reasons but then I got sick(not from covid but from coming off some depression meds which I wasn't expecting to fuck me physically so much) and it took me out for awhile. Now, I have to work my regular job basically daily until April to get caught up on bills and lost days but after that, I'll be able to start working on this again. During some of my sick days though, I was working on some nonessential things when I could. The muscle rig I've been talking about making for a while is in progress, the bones and muscles are done, but getting it all to simulate is next well. I also discovered my computer is somewhat shitting the bed. I can still work on it but there are annoying limitations and crashes. Working on super high quality stuff, like 8k textures is slow and annoying making it hard to concentrate when I have to wait 5-10 seconds after every action or brush. When making hair, it constantly crashes and there's annoying delay when brushing hair from time to time. And testing out fluids and other simulations is hitting my 64 gb mem limit which isn't too bad but I'll need to update to get better results from those. Which my goal is the most realistic looking cum ever. I have an 2080ti, but the main limitation is my CPU which an dual core xeons server CPU from 2011 which was fine when I got it a few years ago, but now it's showing it's age hard. Luckily with the push for more cores and power, getting a 5900x is way faster than my 16 core machine despite have 4 less cores. It's twice as fast in single threaded stuff and 4x plus in multi core stuff. Which would speed up my sims significantly.
All that to say, by the end of this month, I'll be close to upgrading my computer and it should speed up Sims and rendering times significantly.
I wasn't expecting to get sick, especially when my animations are very close to being done(need Sims and updating the animation and rendering. I think I might redo the hair again since I learned some new tbings) so thanks for the wait. I have 25 small vanilla animations lined up, that just needs simulations and rendering. Then I'll start working on the hardcore big things.
Comments (0) loading...
Like(0)

Hey guys, I have to take a few weeks off for personal reason. So, I'm going to release some promo...

KingHardcore
Public post
Merry Christmas y'all! Still rendering, here's one of the finished animations out of at least 6.
Found ways to use ai to help upscale 1080p to 4k which is cool. I'll do more test on it. All my screens are close to 4k so 1080p kind of sucks whenever I look at it.
Comments (1) loading...
Like(0)

Of course after many hours of rendering the eyes were messed up. So here's a messed up preview.

Still rendering, here's a look of one of the girls I figured I'll show off. Originally, she had b...

1.7%
collected
to reach
Full time. I will finally be able to work every day