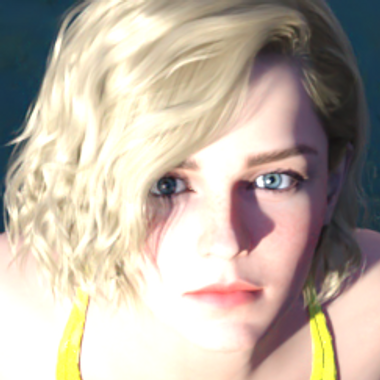 18+
Foxi13
I'm a huge fan of visual novels. I want to create one of the best games. I will do everything to achieve this with your support.
Subscribe
Send Message

Foxi13
About the game:
"Boss family" is an adventure for adults in which you play as a young man. Your father died mysteriously, and his boss has adopted you. Now you have a new home, a big family with hot girls and the mystery of your father's death, which you have to solve. How do you build relationships with the family? How will you unravel the tangle that leads to your father's secret? It depends only on you!

About the developer:
I'm a huge fan of visual novels. Having played many of them, I realized that very often in many really good games, there isn’t enough storyline, character development; and actions are sometimes absurd to the point of insanity. I have read comments and saw that a lot of people have really missed this. Therefore, by focusing on games like "Being a dick", "Milf City" and many others, I want to create one of the best games. I will do everything to achieve this with your support.
"Boss family" is my first game. I would say that version 0.1 is the first demo to introduce you to the characters and the story. So, please don’t judge too harshly. Improvements to the graphics and story components of the game are on the way. Unfortunately, my computer is weak and can't make the picture at the level I would like, but I hope to sort this out with your support in the future.

If you happen to like what I'm creating and want to show your appreciation through a donation, please consider being my patron. No donation is too small and every donation is appreciated.
My heartfelt thanks to you for reading my page and for playing my game!

Access to the news feed on Patreon. Access to the Discord server. The "Glass" title in our Discord My sincere thanks to you! Access to the older version of games not available to public yet!

Patron-exclusive posts & renders Official game downloads Access to the newest version of games 14 days after release! You get all the previous tier rewards The "Bronze" title in our Discord

Access to the newest version of games 2 days after release! The "Silver" title in our Discord Featured on in-game credits Game-themed monthly wallpapers Everything in the previous tiers

Future UpdatesHi guys. Thank you for your support, we have many updates and improvements to the g...

$0.00 of $500
per month
I will see that the game is interesting to you. And I can spend more time creating it. I can start saving for a new video card to improve the picture.
$0.00 of $1,000
per month
I can set aside 1 or 2 days off per week to work on the game. And buy the best graphics card to create high quality renders.
$0.00 of $3,000
per month
I will be able to build a powerful computer that will significantly speed up the release of updates. And I can work half the time, and I can devote half of my time to game development.
$0.00 of $5,000
per month
I can quit my job and devote all my time to my favorite pastime, game development. I will be able to build a powerful render farm for rendering animation in the game.
$0.00 of $10,000
per month
This is a dream! I will create a small studio for making adult games. I will hire an artist, animator to voice and create a lot of animations in the game. Also, the game will have high quality music that I can buy.