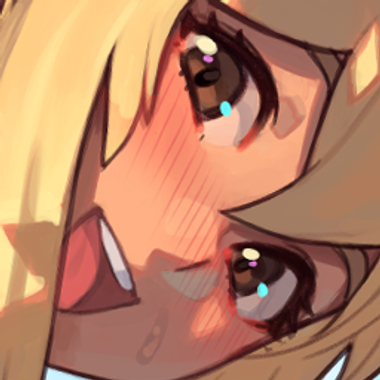 Elfheim
By proceeding, you confirm that you are
at least 18 years of age.
Yes, I choose to proceed
Cancel
Cancel

18+
Elfheim
Elfheim is a magical land beyond your wildest dreams! There are elves, mysteries and adventures around every corner, but be aware this is not your usual by the book adventuring… more often than not.... expect things to get lewd.
Subscribe
Send Message

Hello Everyone!
The jolly month of December begins once again! This merry time of the year reminds us of the hard work done by the lovely Elves that help Santa Claus in the making of Christmas presents and so we-- wait a second, those are not the Elves you are here for! Anyway, let’s get to our monthly report!
This report is coming a little bit earlier on the first day of December just to remember you that there is an ongoing poll and we’re reaching its final days, so if you're on the Elvish Puppeteer Tier or above, you can go there and cast your vote on the next Elf to be featured in the upcoming updates, there are many good options, but you must choose wisely as there can be only one!
As well as all the unseen work that must be done, you can expect to see some art that we already have completed or is in the works, our last couple of posts feature Nil on the verge of doing something very lewd, will she go through with it? Well, only time will tell...
This time we made sure our report was posted as early as possible, so this month’s marathon is yet to happen, but don't worry, Sunna is gathering all his willpower to make the next one as good as the others have been, keep an eye open as we will inform you when it begins.
Our next alpha release is almost ready to be out in the wild, most certainly coming out this month, so if you are eager to get your hands on it, do know that members of the Elvish Reveler Tier and above will get access to it as soon as it is out, if you are fine with waiting a little longer, then we got you covered as well. We will keep working to make sure the final release will be ready as soon as possible.
There are lots of things going on in the Elvish world of Elfheim, you can always check Sunna' stream, join our discord (just remember to link your discord to your Patreon) or check out our in-the-works wiki, a place that's being slowly updated to become the definitive place to find everything related to our world and its characters.
ProgressReport

We opened a new poll, and the voters were meant to choose who would be the next Elf to join the story!
The winner was Morgana, with 80% of the votes!


Hello Everyone!
Welcome to another edition of our monthly report, as always we will be sharing a concise summary of what happened in the past few weeks, as well as some of our upcoming updates and previews.
Our game is finally out of Alpha! This release is now available here to any member of the Elvish Seeker Tier or above, this version features every single scene in full color, many of which were reworked and improved by our very own Sunna, we also had the plot and dialogue fully revised and checked, and as an extra, there is even an Android release!
Following the release, everyone in the Elvish Reveler Tier received access to the latest Elvish Pack, containing every single asset that we used for version 0.1.4(and the ones we didn’t as well), this means our pack has more than 30 art pieces and 4 songs!
Usually we have a topic or two about our upcoming content in our reports, but for this time we already did that in an earlier post and the content still stands, so you can check it out here, we shared good news about the diverse areas we’re updating for the next release.
Last but not least, Sunna made another streaming marathon this past week, focusing mostly on the storyboard for the continuation of our history, if you were not able to watch it this time, don't worry, we are certain that another one will happen, so always keep an eye open for another announcement.
There is also the option of checking Sunna’s stream, there you can see the creation of his Elvish artwork  live! You can also join our lovely discord for more pointy-eared art or to talk about generally everything, just remember to link your discord to your Patreon if you want your sweet title!
See you next month!
ProgressReport

Our latest release, Version 0.1.4, completed our run of the 0.1.X series; our focus now shifts to moving forward as we will be talking about our plans for 0.2.X as well as some other things regarding this Elvish adventure.

We have been teasing some artwork pieces here and there, but what exactly will be featured in our next release? Well, we are planning on adding 20 to 25 new scenes, but do keep in mind that this amount can change if the need arises to fit the script and the pacing we end up settling into. Those new scenes will keep the same level of quality you have seen so far, so you can also expect that reworks and improvements will most likely happen for some scenes as we move forward.

Our lovely Patrons previously voted for a thighjob to happen in Elfheim and that is already being worked on, now the time comes for another chance to make a choice about what comes next, and this time, starting early next month, our members of the Elvish Scholar and Puppeteer tiers will get to vote on a new poll to choose the next character to make its way into the story!

What do Your Elf Eyes See?

One of our Patreon goals has been reached($500 goal), but as of today there isn't a specific scene to fulfill the requirements to implement a proper x-ray version, but that will soon change, and we have thought a lot about how we’re going to do it, the way we will approach this new function is not by simply pressing a button on the hud, but instead, specific scenes will feature more than a single angle in the same frame, allowing us to show simultaneously the x-ray and standard scene, thus bringing up the mood further into our comic/manga/manwa approach to a Visual Novel.

Another goal that is already around the corner is the in-game gallery(1000$ goal), we are already working to implement it into the game and our first prototype of this feature will probably find its way into our next update, it should evolve along the 0.2.X series and beyond!

Beyond introducing new and shiny things, we still have some extra work to do, our Android version got some issues that need to be fixed, the main menu background screen is pitch black and the HUD is impossibly small. In other areas, there is also the possibility to introduce even more amazing songs to our soundtrack, as well as some miscellaneous extras that we have been planning for some time.

With all that said, you can expect our usual content to be posted here, new songs and artwork previews, as well as the monthly report! If you enjoyed Sunna’s streaming marathon that happened earlier this month, I got more good news for you, he’s already planning to do another one, as soon as next week! We will surely post about it when the time comes so you won’t miss his creative process in action!
Well that's all for today, let's keep bringing more love to this world, especially if it involves elves!
Progress Report
ProgressReport

Hello Everyone!
I hope you're having a wonderful spooky month!
Today’s report comes at a slightly later date than usual, after all, we had a far more important post that deserved the spotlight, a streaming marathon that began on Monday and ended earlier today. Now that it is over, we can now move on with this report which will be featuring our usual themes, updates and (extremely good) news.

This week, from October 5th to the 9th, Sunna made a special streaming week at his picarto channel, he went at it day in and day out to complete all the artwork the way it was meant to be for our next release! His efforts were successful and now our desired reworks and updates from the initial drafts are now refined and ready for the release!

Getting out of Alpha

And now that all the art is done, there is not much time left until the release day arrives, all that is left to do is to get the other necessary things ready! This leads us to a version 0.1.4 release arriving any day next week! And with that, our first release out of the "alpha" state will be complete, meaning every patron will be able to check out our work!

Maybe they are, maybe they aren't, last month we posted some here, you'll have to follow the link to find out, also, this amazing artwork is the result of one of our reworks for release version 0.1.4.

Gazing at the Future

While we were wrapping things up for our next release, we were looking into taking quite a few early steps into version 0.2. What this means is that a thighjob lies in your near future and there’s already quite a few amazing art previews of that event, including this one posted last month, Informis sure is a lucky guy, getting to know Nil and Meriandra in such intimate ways...

There is always a way to interact with fellow Elf lovers, our discord is the main source of such interactions, remember to link you ***** before joining, so you can get yourself an Elvish role, aside from that, if you lost the opportunity to check Sunna's marathon while it was live, don't worry, this will not be the last time he will be streaming, neither the last time a crazy marathon like this will happen, you can always follow him on picarto.tv to check out beautiful Elves being creates live!

P.S.: Sorry for the missing links and some infos, for today on everything will be better here.
ProgressReport

Starting today, October 05th,  our artist is going all-in for a streaming marathon, his plans are not to stop until all the artwork necessary for our next release is complete!

Bootyclinic
Greetings! I am a professional comic artist and game developer who absolutely loves to tell stories. But I need a support for the adult parody comics I produce. All of these comics will be made available to all, for free, on my discord server: https://discord.gg/EPw3vfk
This website uses cookies to improve your experience while you navigate through this website. Continue to use this website as normal if you agree to the use of cookies. View our Privacy Policy for the details. By choosing "I Accept", you consent to our use of cookies.