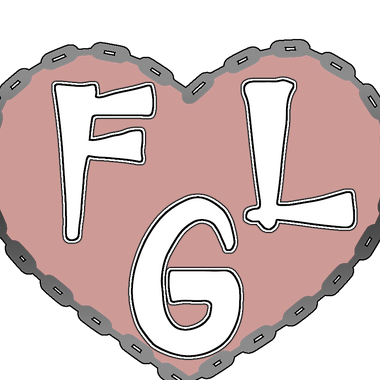 In Forbidden Desires you play as a recently divorced father of two, you live with both of your daughters in a small apartment. Lynne is your youngest daughter, she recently turned 18. Her hobbies include yoga and swimming. Your eldest daughter is Maxine, who turned 21 earlier in the year. She doesn't really have a lot of hobbies, she tends to spend most of her time with her best friend Essie.

In this game you will explore a multitude of different fetishes and sexual activities, there will also be trans content in the game. You will have the choice if the main character gets involved with said trans people, however there will be storyline trans content relating to side characters but it can be hidden. Also any fetish content will have a choice before hand that allows you to avoid it if you are not interested in it.

Welcome to the third day! Please enjoy the story and leave any feedback you have!

The plan is to release a new update every 1-1.5 months, hopefully every update will be a full day however if one update gets exceedingly long it might be split in two.

Between updates I plan to post regularly with renders from the upcoming update and also special renders that are just for subscribers. These posts will be one or two a week, but if you would like more regular updates then please join the discord server as I'll probably be posting stuff there more often.

Join for free to receive email notifications about new posts and actually be able to view public posts since subscribestar seem to be hiding posts across the entire site for every creator. There are no extra goodies for this tier and is the same as not subscribing, well other than actually being able to see public posts until subscribestar hopefully sort their shit out.

Access to each update 2 days before public release, plus the First Level role on the discord server.

Access to each update 4 days before public release, plus the Next Level role on the discord server. Also have access to early beta builds as the update is developed

6 subscribers Next Level
Unlock
$10
per month

Access to each update 6 days before public release, plus the Final Level role on the discord server. Also have access to early beta builds as the update is developed.

Access to each update 10 days before public release, plus the Final Boss role on the discord server. Also have access to early beta builds as the update is developed.

Same as the Final Boss tier, except that you get the Actual Boss role on discord. This tier is for anyone insane enough to want to give more than the other tiers.

Hello everyone, I hope all is well. As I said last week, a preview is still planned for release this week for $5 tier and up. This preview will be the first entire scene, which will feature four different routes depending on your previous choices. There should be atleast 250 brand new renders just for this one preview, that is why this update has taken longer than previous updates since it will almost be the same size as a regular update.

I hope everyone looks forward to that and has a good week in general. I thank you all for your support and will see you soon with the preview release.
Comments (0) loading...
Like(3)
Dislike(0)

Another week, another update. How is everyone today? Things have been busy as always, however there isn't a lot that I can really say for this week. Just that work on the game is progressing at a good pace and I will be releasing a preview next week for the $5 and up tiers.

Hopefully you all look forward to that, but other than that I think thats it. As always, your support is amazing and really helps to keep me working on this game when I have shitty days. Hopefully you won't be waiting much longer for the next update and I hope you'll all enjoy it when it does release. But that's all for now, I'll see you guys next week.
Comments (1) loading...
Like(3)
Dislike(0)

Hello everyone, things have been a bit slow the past week due the family issues I mentioned and also the weather is super hot which is just uncomfortable.

Anyway! Like I said before, this update is pretty big and will take longer than the last updates. I plan to release a preview within the next two weeks. Speaking of preview, there will be some more render previews at the bottom of this post. Spoiler alert for those if you don't want to see anything that will be in the next update.

Other than that, thank you all for the continued support. Seeing the support really helps when it comes to making the game, especially with the issues I have had over the last few months. Anyway, I'll see you all again next week. Scroll down for the preview renders, and again spoiler alert for those if you don't want to see anything that will be in the next update.

Hey, just a quick one for today. Things have been rather hectic IRL the last few days with some family issues, so I will be pushing the weekly update back to wednesday for this week. Sorry for this, but I don't really have much choice. Thank you all and I'll see you on wednesday.
Comments (0) loading...
Like(3)
Dislike(0)

A little late on this update this week, sorry about that (I had it written out as a draft but forgot to post to the actual page). Work on the game did slow down a little over the last week, the weather at the moment is very uncomfortable. The heat makes it difficult to focus and stay sat still for any extended periods of time.

However the next update has had a lot of work put into it at this point anyway, so the past week shouldn't have delayed it too much. One thing I will say is that this update is guaranteed to take longer than the previous updates. This is due to the simple fact that the first 'Scene' is pretty complex and involves a large amount of different renders due to the choice based system of the game. I think the amount of renders for the first 'Scene' will be over 200 alone. So yeah, this will be a long update.

I hope everyone is well and that you guys are still looking forward to the next update, I will be working hard to get it done as fast as possible. I wish you all a good week and I'll be back next week with a bunch of preview images.
Comments (1) loading...
Like(3)
Dislike(0)
View previous posts (6/38)
See something you like? Subscribe to see even more!
Subscribe Now
The subscription gives you: