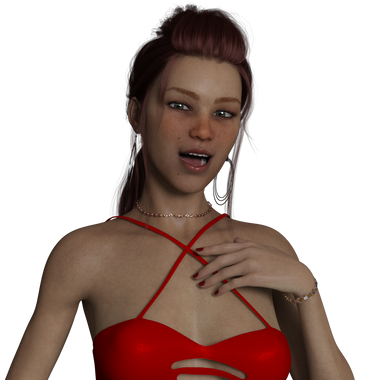 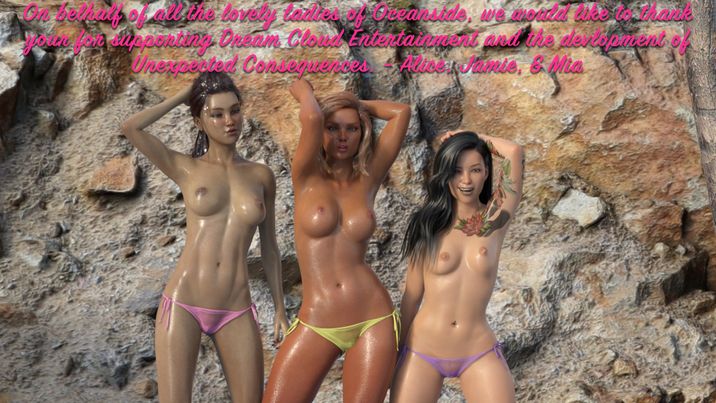 I am continuing to make good progress on the next beta release. All of the new renders and animations through day 3 are complete and I have completed the rebranding of the game from Love & Lust to Unexpected Consequences, including a new splash animation. I have started work on posing and rendering day 4 and have 42 renders complete at the moment. I am estimating that beta 3 will end at about half way through day 4. I have also continued to work on the full story for Chapter 1 and am now doing the initial rough draft for day 9. At this point, I am pretty sure I am going to end Chapter 1 on day 9 and Chapter 2 will start after a short time skip about a month later in order to advance the story at a reasonable pace. Thank you for your support and I look forward to sharing the latest version with you in a little over a week.
-MasterOrion
UnexpectedConsequencesStatusUpdate
Comments (0) loading...
Like(0)
Dislike(0)

Love and Lust 0. 2. 0 Alpha 2 Now Available to Supporters and Above.

Development on the next version is going well. Most of the remaining new day 3 renders have been posed and over half have been rendered. I have also posed both of the new animations for day 3 and the second is about 85% done rendering as I type this. I have also been working on scripting and have at least an initial rough draft through the evening of day 7. The script so far calls for 1,347 additional renders and 81 additional animations. There will most likely be 4 or 5 additional days within chapter 1, then 0.2.0 will be finalized and work will begin on chapter 2 and version 0.3.0. Having said that, I have found that as I continued developing the story getting into these later days, I realized I was less and less inclined to utilize the love and lust stats and instead preferred to just rely on specific choices and combinations of choices to determine the path of the story. Due to that, I decided to eliminate those stats all together. Of course, eliminating those stats also eliminated the last bit of relevance the title had to the game, and I had already been thinking of making a title change anyway. With that in mind, I set out to brainstorm potential new names, trying to find one that I found both interesting and relevant to the plot of the game. After a lot of thought and trial and error, I have decided on Unexpected Consequences as the new title, I feel this title has impact and relates to the games overarching storyline. I have also decided to go ahead and refer to the monthly releases as betas instead of alphas, so the April release will now be called Unexpected Consequences 0.2.0 Beta 3. I'm very excited about how this story is coming along and where it is leading and can't wait to share more of it with you.
-MasterOrion
LoveAndLustStatusUpdateUnexpectedConsequences
Comments (0) loading...
Like(0)
Dislike(0)
View previous posts (6/7)
See something you like? Subscribe to see even more!
Subscribe Now
The subscription gives you: