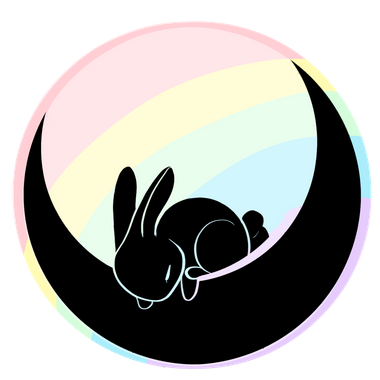 Dreaming Rabbit Press
By proceeding, you confirm that you are
at least 18 years of age.
Yes, I choose to proceed
Cancel
Cancel

Erotas exists, plagued by demons, but when Overlord Leviathyn pushed to conquer the world, heroes rose from the ranks of various races, blessed with God-Skills and recognized as the strongest of their people. Led by the Human Paladin Mirai Romaneer, the Heroes of Ten followed her to a final battle on the Scorched Coast of Clandeste.

Thousands of soldiers fell against the hordes of mindless demons thrown at them, cunning Demon Generals leading the charge. When faced against the Overlord himself, even the Heroes of Ten fought for their lives, some never returning home to their loved ones.

Now, more than 20 years later, in the wake of their valor and with their names spoke as legends, those who survived have vanished from the world, leaving a legacy to Adventurers and their guilds to protect the people from all manners of disturbances. Join the adventures of the people of Erotas, a world where those blessed with a class can learn and grow skills, join parties within their respective guilds, and hunt for coin and reputation.

Dreaming Rabbit Press is proud to introduce you to the world of Erotas, an epic high fantasy world by Xaneria Ann. This dark fantasy adventure will be the first of its kind among DRP’s subscription model in which we will share with our supporters all the exclusive behind-the-scenes details including: - Video messages from the author - Character, race, class background - World building information as it’s constructed - Maps - Concept art - Detailed Q & A - And the consideration of suggestions made by our contributors.

Higher Tier supporters will also have access to exclusive deleted scenes and unreleased art and information, the creation process, public dedications, early cover releases, and subscription-only, exclusive novelettes or short stories. You can also receive free signed and digital copies of the books prior to release, percentage discounts to our DRP shop, and beta access to the Erotas RPG handbook in the future.

For just $5 a month, you can obtain access today! Join us and begin your own adventure into the wonderful world of Erotas! We can't wait to see you there.

Xaneria Ann is a Dark Fantasy Romance LGBT Author, Artist, and the Creative Director at Dreaming Rabbit Press. She spends her days writing, creating, crafting, baking, and rambling all while forgoing sanity and organization. Fan of rabbits, magic, and sweets, she’s addicted to drama and runs on caffeine and good food.

We are grateful for every ounce of support we get. Expect early updates, teasers, and your name on our website.

You are a light on our path. Receive early updates, teasers, cover reveals, and early release chapters as well as your name in our books, podcasts, and support pages.

You are a fellow creator. Enjoy 25% off any of our services, early access to submission calls and discount workshops, your name in our books, streams, and more!

You keep us fighting. Receive early updates, teasers, cover reveals, behind the scenes goodies, extra stories, discounted or free monthly merch, and early release chapters. Every released ebook is yours free. Your name will appear in our dedications, podcasts, and support pages.

You are a true Dreamer! Receive early updates, teasers, cover reveals, behind the scenes goodies, extra stories, discounted or free monthly merch, and early release chapters. Every released book is yours free, ebooks and print copies, with signatures! You will have a chance to put your name in our books as a character as well as your name in our dedications, podcasts, and support pages.

It ocurred to me the other day, while talking to a group of folks who read romance, specifically about male couples, how I felt like a fetish.

Hold on, I know what you are thinking. How does a woman feel like she is a fetish when talking about gay romance?

Aside from the obvious, I'm also into women, it is because I empathize with male characters a lot. It is something that I've felt for a long time in my life. A topic for another time, but let's discuss this.

Sexual desires and all that kinky jazz aside, (we can discuss that later if you want), I know for a fact that people love forbidden fruit. The exotic partner, the interracial romance, Romeo and Juliet, stay away and don't feel those feelings. I am a proud example.

And let me be clear: The world is imperfect. Widely more accepted, we are still churning our wheels around the world trying to fight for the right to love freely, power to us, and we do tend to see setbacks rearing their ugly heads, but the question I pose is: Isn't it enough?

Books are an escape, all entertainment media is. Relatable, heartwarming, and still an escape. I don't know a person alive who reads a fantasy book and argues over the logistics of elves vs orcs in the real world. We want to live, if only temporarily, in a world that is vastly different from our own.

So why are we still saturating the market with the idea that gay love is taboo and that is the plot to the romance?

I, for one, am sick of it. I have been for a long time. My once weaboo crazy arse was so addicted I read over 250 manga of the Boy's Love and Girl's Love persusion in a single month. I wear that humiliation with a sense of pride, reminding myself that I climbed a ladder of growth. When it came time for me to start writing, the first thing I did was cut out a lot of overused themes I was sick of.

And that is what I am tired of reading.

Marcus is from a rival tribe of warriors who believe in the goddess rather than the one true god but still falls in love with Vilt, a devout follower of that one true god? Bring it on.

Delori stumbles across an ancient tomb and awakes a woman of great power, tainted with the blood of demons and prophesized to destroy the world, but they can't keep their hands off one another? Hot. Let's do this.

But if Elvish minstral Ari falls for the blonde warrior in the back of his favorite tavern and they secretly have to hide their love or face death for unnatural choices- yah, I'm really over it.

That's just me though. How do you feel about it?

Alright Dreamers! It is that time of the year again and you are now being alerted 2 weeks early! ...

Good evening Dreamers! Thank you for joining us and supporting our efforts towards a more diverse...