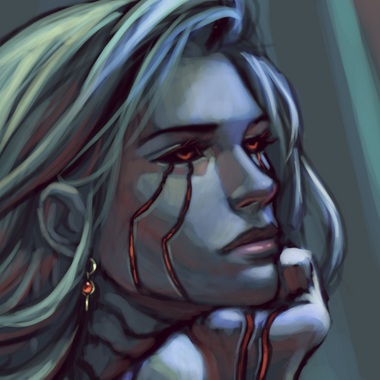 The Anaether
By proceeding, you confirm that you are
at least 18 years of age.
Yes, I choose to proceed
Cancel
Cancel

The Anaether
Hi, I'm Lizbeth. Thank you for visiting my page.

I switch between working on comic pages and illustrations. I will try to post updates at least once a week.

Though "The Anaether" is primarily a graphic novel, the project as a whole will include not only the comic pages but also a series of related illustrations (including NSFW), and on rare occasion, probably some animations. I will frequently be switching between working on comic pages and illustrations.

"The Anaether" is an adult science fiction drama graphic novel. You can expect:

The related illustrations usually include:

I will probably take breaks from this project about once a month, anywhere from 3-7 days for other obligations in my life. I'll let you know in the updates. I'll otherwise try to post new content every week.

This whole project started out with me just drawing my nonbinary OC, Vas (rhymes with "gravitas"), for many years, so you'll probably be seeing a lot of them. Then I wanted to create a bunch of gratuitous sex scenes. Then I wanted to make them emotionally loaded. Then I found myself spending an inordinate amount of time coming up with an elaborate story to make the sex scenes have the kind of substance I wanted. Then I worked on a bunch of pages of thumbnails, and ended up with only about 3% actual smut. So most of the smut is just going to be in the separate illustrations.

I'm always intensely eager to show/tell you guys more of the story. Even though my most preferable way of showing you guys is through the comic itself, I often end up doing so through illustrations (though not all of them are necessarily canon). If not through illustrations, through answering your questions or just in writing that often accompanies visual aids. I struggle with this a lot because I feel like I'm spoiling the story for you but I also want you guys to have a better idea of what you're getting into. If at any time I choose not to answer your question, please don't take it as me trying to be rude -- I just want to save the important parts of the story for when they get properly shown to you. I also prefer not to be direct about all exposition, such as the relationships between the characters.

On my main website, you can view the fully released pages, illustrations and read my rants and updates on my blog:

Feel free to follow me on any of these other sites:

I really appreciate you taking the time for my work. My sincere thanks.

Thank you so much, I really appreciate every bit of support you give.

Everything from the previous tier plus high res versions of: 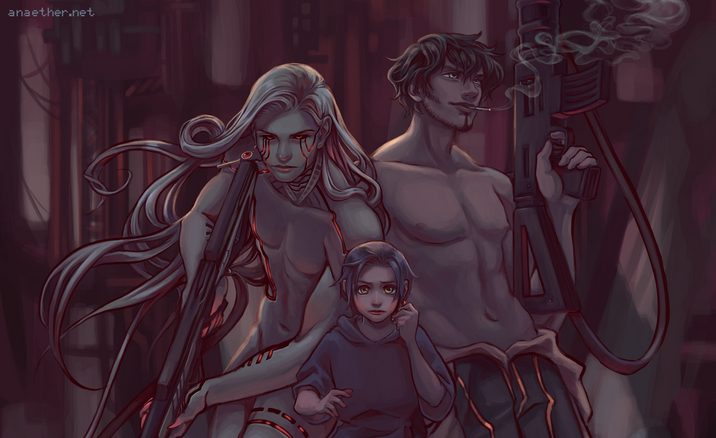 I really wanted to try to finish up the Vas illustration tonight but then felt a really strong ur...

Timelapse vid of some of the work in progress for this piece. I'll figure out the colors somehow.

some works in progress of another painting of Vas.

The Anaether
Public post
I only just realized that I actually do end up having everyone's email when they subscribe, so I'm going to change the restrictions on the folders so only subscribers have access to them, just FYI.

The Anaether
Public post
My first completed illustration in 2021.

Wasn't sure what I was doing with the water ripples.

Here's the link to the full-res version of this new illustration.

Hmm, I've only just realized this has way too many primary colors. I'm probably going to change u...

Here's what I got on page 37 right now. Still a bit busy with Christmas/holiday-related projects ...

Here's the link to the high-res version of this illustration.

Here's the link to the high-res version of page 36.

Here's page 36 completed. Wasn't sure how to create motion lines without obstructing a bunch of t...

The Anaether
Public post
I just had to make this when I got invited to do a group OC holiday pic.

In case you don't get why Syf is crying, it's because she can't eat the gingerbread house (nor any other real food) due to a health condition.

actually there should be a speech bubble coming from Syf saying,

Here's the full-res of the work in progress of page 36.

I've been super not been working as quickly as I can on page 36, but I have been side-tracked wit...

I've decided I really want to buckle down on comic pages. I really, really wish I could just go s...

I've been itching to create another animation. Well, the only ones I've been motivated to do are ...

Here's the link to the high-res version.

Finally feel okay enough to move on from this piece, I'm stoked to get back into comic pages.

This is a higher res but not full res -- I lowered the res to just try to stay zoomed out and do ...

Still don't know what I'm doing. So all I do is tell myself "just put in more hours and it'll loo...

Here's the link to the full res of this work in progress.

I've been sluggish on this whole project lately, but I'm sure I'll pick back up soon. I feel like...

Here's the link to the full-res work in progress.

work in progress of another cuddle pic. Once again I'm not really sure what I'm doing.