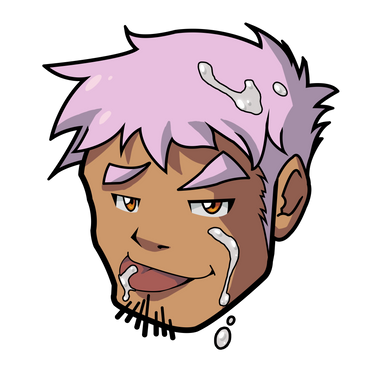 Studio Grind-Pit
By proceeding, you confirm that you are
at least 18 years of age.
Yes, I choose to proceed
Cancel
Cancel

Access to the private discord where I stream and chat while working. Also includes the perks from the Regulars tier.

I have a general outline for the next animation. The idea is a simple animation of a fantasy warr...

since I'm reaching the end of the Wakka animation, I'm going to start working on the conception f...

Long story short, I went to a doctor because I was having Covid symptoms and the test came back p...

I'll be streaming some more clean up Saturday and Sunday morning from 2am to 10am EDT.

I'll be streaming more of the cleanup process:

I'm going to be doing cleanup on the Wakka animation Monday and Tuesday night from 8pm to 3am EDT.

I'm not sure how entertaining it would be to watch, but I will be working on the painting process...

So I've come to the conclusion that the Wakka animation is probably going to be the last fan anim...

I need some input from my followers, whether they're SubscribeStar supporters or simply following me on Twitter.

I've been noticing that a lot of the people who interact with my work don't seem to be particularly concerned with the specific character that the fanwork is based on. For example, the animation of Jinn from Tokyo Afterschool Summoners gets a lot of retweets and likes from people who don't really seem to be part of the TAS fandom. It gives me the impression that gay dudes are more interested in the scenario being depicted and less interested in seeing fanwork about specific characters. I might be reading too much into it, but that's also how I tend to feel about erotic artwork. I've always been way more interested in the bodytypes and scenarios than if the characters being depicted are from some pre-existing media.

So I'm trying to figure out if my followers would be interested in seeing original characters and instead focus on scenarios. This means I'd have to change the approach I previously took to polls, and I'm not exactly sure what the polls would be voting on now. I still want to keep the polls as a SubscribeStar tier because I want to encourage interaction with my supporters, but I'm not entirely sure what the polls would be voting on. I'm trying to find a balance that allows me to animate all of the scenarios and content that I WANT to animate while also allowing my supporters to influence the content in meaningful ways.

So I guess the TL;DR version boils down to two questions: Are you invested in whether the animations I create are fanworks, and if not, what should the polls on my SubscribeStar page be focused on instead?

Also please keep in mind that I'm planning on doing more "problematic" kink work after the Wakka animation is finished, so if that's not your thing I would highly suggest unfollowing me.

Guess who's gonna be streaming from 1am to 6am EDT on Thursday and Friday? That's right, it's ya ...

I need to make a last minute change to this weeks work schedule. Friday is moving to this coming ...

Streaming schedule for this week: Friday/Saturday/Sunday night from 7pm to 3am EDT.

I have some medical stuff to deal with this week (not to mention the stress of elections) but I'l...

I know it's a bit of a late notice, but I will be working on the Wakka animation Saturday (today)...

I'll be streaming progress on the Wakka animation on my discord this coming Monday and Tuesday fr...

I'm not sure exactly what hours, but I will be working on the Wakka animation this coming Monday ...

Polls are closed, and Wakka is our winner. Now I'm off to start working on animating him being a ...

As promised, here's a link to the HD downloads for all of my previous videos.

Hey everyone, I need to mention something about the subscriber situation. Apparently, Subscribest...

Back on my bullshit again this week. I'll be working on the animation Friday, Saturday, and Sunda...

Sorry guys. Due to an unexpected dental issue, I'm in extreme pain and can't concentrate on anima...

Burgerkiss
HEY! I'm Burgerkiss, I'm a freelance artist. I do adult art (mostly and only will). I'm very passionate when it comes to do pin-ups and sexy girls!
This website uses cookies to improve your experience while you navigate through this website. Continue to use this website as normal if you agree to the use of cookies. View our Privacy Policy for the details. By choosing "I Accept", you consent to our use of cookies.