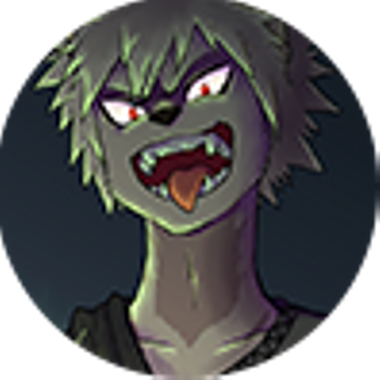 Ninnieartsins
Hi, I’m Ninnie or Hela! I draw a webcomic called Like the Sun Loves the Moon, as well as other art that mostly is erotic in nature!
10 Jan 00:11
Public post
This content was created for artistic and entertainment purposes FOR ADULTS ONLY and may include pictures and materials that some viewers may find offensive. If you are under the age of 18, if such material offends you or if it is illegal to view such material in your community please exit the page IMMEDIATELY. All depicted characters are fictional. No live victims were produced during this content creation and no harm was imposed upon any live creature. All characters depicted in sexual situations are 18 years of age or older and of the age of consent, even if it looks otherwise. Acts depicted are all consensual.

Regarding Next Week's Comic Update


Okay! So, as I said we are going to start Chapter 5 next week! Which is awesome!!


BUT I will most likely be late with the update, probably closer to the weekend, since I have firewood to pay for, and it ain't been going as I'd hoped. SO. I'm gonna try gather up as much moneys as possible for it here over the next... few or so days.


I'll at the same time mull over the script to the comic, but, yeah, the update will be later in the week!

Just figured I'd toss this out now. Of course, if I can do the update earlier, then this was a useless note, but in case the page is not up by next Wednesday, then this is the reason! :3
This website uses cookies to improve your experience. Continue to use the site as normal if you agree to the use of cookies. If you’d like to find out more about the cookies we use or to opt-out, please read our Privacy Policy. By choosing "I Accept", you consent to our use of cookies.