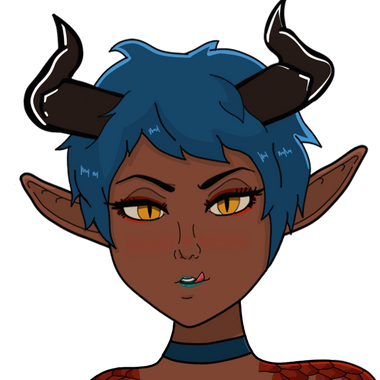 Eclipsed Works
We are creating Erotic choice driven videogames, and art.
09 Jan 01:20
Public post
This content was created for artistic and entertainment purposes FOR ADULTS ONLY and may include pictures and materials that some viewers may find offensive. If you are under the age of 18, if such material offends you or if it is illegal to view such material in your community please exit the page IMMEDIATELY. All depicted characters are fictional. No live victims were produced during this content creation and no harm was imposed upon any live creature. All characters depicted in sexual situations are 18 years of age or older and of the age of consent, even if it looks otherwise. Acts depicted are all consensual.
The latest update to Shattered Lands, v0.40 is finally available!


This is a small update but it lays the groundwork for many updates to come. First things first, we've changed the versioning setup we use to better reflect the current state of the game's and more effectively communicate the game's current completion level to you all. We're now following a major.minor.patch framework that should be much better at letting everyone know where we're at with a glance. For instance, 1.0 would indicate a completed game, 0.33 would indicate we're about 30% through the game and we're on the third content patch for that given area. This should make things easier to understand for everyone going forward!


As for the build itself we've added one of the most important features to date, the journal! By pressing the J key at almost any time you can now bring up the journal. Depending on the tab you select you can view the level of your stats, the levels of your current relationships, your current active quests, or receive a summary of the story you've played through so far. Along with this new feature you can now upgrade your stats anywhere instead of only in the cave. This should better help people understand that their stats are up-gradable and make it easier for them to choose when they want to level up. We've also fixed a few bugs such as certain scenes not playing properly in the gallery and have added every quest to the journal so whether you're starting a new game or starting from scratch you'll always know where to go and what you need to do in order to move forward!


With all of that out of the way we're happy to announce that your tier pledges will finally be given more value. After this build we will be staggering the public releases so that Subscribers get the latest build a month earlier. This has been in the works for a while and we wanted to have at least the Visseron camp completed before we started making this change. Now if you support us at the proper tier you'll be able to enjoy your full reward!


Lastly, we'd like to thank everyone who has supported us thus far. This is going to be a great year for Shattered Lands and we hope that we're able to bring you the most enjoyable game possible. Without you we wouldn't have been able to come as far as we have so please look forward to everything we have to offer. Have fun, tell us what you think and, as always, thank you for playing Shattered Lands!


You can find the latest build here!


Feel free to join us on discord!