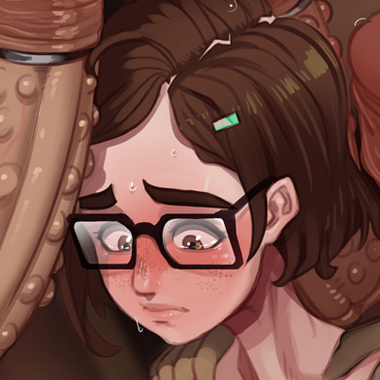 This hands-on teacher at an all-boys school has no choice but to use his daughter as a learning tool for sex-ed classes since they denied his request for a sex doll.

She felt the warm air from his snout to her hand, the soft coat on her cheek. She heard the happy panting and smelled the doggie breath. Tears rolled down her face from her useless eyes while her parents filmed the first meeting of their young, blind daughter and her first service dog.

She turned around and presented her ass to the beast. It was well trained and bred for its large cock and constant horniness. He knotted that virgin pussy and humped her like a vibrating toy on overcharged batteries while she moaned so loud it distorted the sound of the video.

Her parents were so happy to see her happy. Loneliness, at least, has a cure.

Chester came quickly but kept his knot deep and his cock humping. He could do this forever.

"So, how was your date with V̶̨̨̫̞͖̣̺̣̱̤̫̜̟̔̉̄̂͜͝ô̴̢̭̼͈̂̈̈́͊̅͌̕͝r̴̠̲̥̰̳̺͔̗̯̈̏̆͑̌̋́ǎ̴̡̭͎͕͙̮̀͆̆͂̊͗̂̐̊̚x̷͍͍̠̤̤̗̟͍̮̙͖̎́͌͛́̅͐̒̆̌͠͝͝ͅͅ?"

"Oh my god, Becky, I don't think i can ever date guys with dicks shorter than 6 feet again. He took me to a realm where time is infinite and every sensation is increased by like a thousand, and he smashed my pussy so hard the doctors say I'll never walk again."

"Amazing. Does he have a brother you can hook me up with?"

Other than having been abducted by aliens as a child, Rebecca has led a normal, happy life. She's ready to date, but space tinder isn't great at matching species through compatible physiology and mating habits. She dreams of one day finding her dream partner: any being with a single penis shorter than 2 feet long and who understands what a vagina is for.

Her current one-night-stand is not ‘the one.’ His six cocks are divided evenly between her ass and urethra. At this point, she's just hoping she won’t be throwing up and passing eggs for a week.