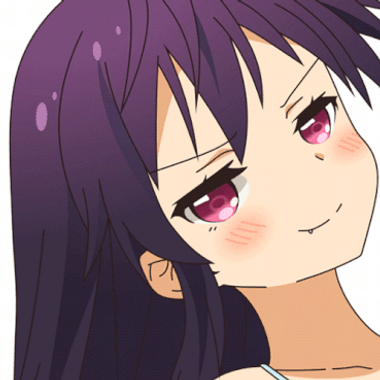 Somatra
Hm..
Aug 06, 2021 03:00 PM
Public post
This content was created for artistic and entertainment purposes FOR ADULTS ONLY and may include pictures and materials that some viewers may find offensive. If you are under the age of 18, if such material offends you or if it is illegal to view such material in your community please exit the page IMMEDIATELY. All depicted characters are fictional. No live victims were produced during this content creation and no harm was imposed upon any live creature. All characters depicted in sexual situations are 18 years of age or older and of the age of consent, even if it looks otherwise. Acts depicted are all consensual.
Current Project: Somatra

History: Somatra is a Sandbox/H-RPG set in a dystopian future, where Emperor Zion I expands the emperor's dominions over the galaxy by fear and war; attaching several races to his judgment. Zion I was assassinated by the confederation (Composed of War Survivors and government opponents. ) His son Zion II took his place and I swear to avenge his father, Although he had some success at the beginning of his government the war came to a halt. With the will to win the war Zion II built the largest technological center of the entire galaxy with one goal in mind; build a weapon capable of ending the war, so he gathered through money or threat even slavery the greatest Scientists. In this technological center "Aurora" emerged a microscopic machine capable of improving the human body, its capabilities were; Live-System transforming part of the body's electrical impulses into energy to self-sustain; Production of nanomaterials inside a body, changing the chemical composition of the person. Augmented reflex, Strength, Vision, Intelligence, Resistance, and DNA alteration. Aurora, in theory, was created to be the perfect weapon. But one problem surges her compatibility with users was extremely low making it impossible that she was able to activate all her capabilities to the fullest. So some tests were done in the civilian population to find compatible individuals with aurora. it's was a simple blood test that was mandatory for the entire population. Through the tests, 103 people were identified. with a considerable level with aurora. With those individuals, unit Zero was created. After the military training the unit zero was deployed to the battlefield on a remote planet; called Unglises-3. In 36 days of continuous combat without the need to sleep, eat or even breathe, unit zero was responsible for approximately 50,000 casualties, 1.388 people per day approximately, no member of unit zero is harmed at all, shortly the planet surrendered.
Maria Howard chief researcher, the creator of Aurora; distressed by her conscience when she saw the footage of the war in Unglises-3. When the emperor had everyone in a city hanged. To convey a strong message of who was really in charge there. From babies to old people no one was spared. Determined to put an end to the madness of the emperor, Maria Howard made contact with the confederation and was willing to give up her secret weapon in exchange for asylum for herself and her family. Maria spoke with some contacts, demanded and asking for some favors, she hides the most recent version of Aurora in her daughter so that later she could be sent to somatra-02 to save a friend. When everything was settled Maria allowed the emperor loyalist to discover her treachery but she managed to flee to the confederation attracting the attention of the emperor. Without taking her main creation that she had hidden in her daughter Alisa Howard, trusting that she would do the right thing when she arrived in somatra-02. The game takes place in somatra, an imperial prison for bandits and government opponents. Alisa will be capable to leave this prison immaculate? Find in Somatra.
Comments (0) loading...
Like(0)
Dislike(0)
This website uses cookies to improve your experience while you navigate through this website. Continue to use this website as normal if you agree to the use of cookies. View our Privacy Policy for the details. By choosing "I Accept", you consent to our use of cookies.