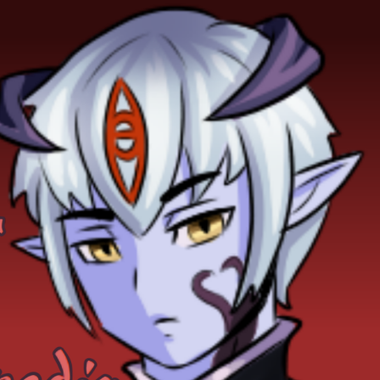 DuskDragyn
NSFW artist who does commissions, but mostly focuses on creating a large encyclopedia of sexy monster-boys! (female and male sexuality inclusive)
May 08, 2019 22:49
Public post
This content was created for artistic and entertainment purposes FOR ADULTS ONLY and may include pictures and materials that some viewers may find offensive. If you are under the age of 18, if such material offends you or if it is illegal to view such material in your community please exit the page IMMEDIATELY. All depicted characters are fictional. No live victims were produced during this content creation and no harm was imposed upon any live creature. All characters depicted in sexual situations are 18 years of age or older and of the age of consent, even if it looks otherwise. Acts depicted are all consensual.

Originally tentacles weren't monsters, instead they were grotesque plants known as "tentacle plants" that grow in clusters in the demon realm, but after building up demonic energy while continuing to enviously observe the sight of monsters having sex with humans, they became monsters.

All their bodily fluids function as aphrodisiacs that heighten their prey's arousal and pleasure, and despite being organisms that specialize in providing pleasure and milking spirit energy, they're warm, and have a surprisingly amiable disposition towards people.

When they spot a woman that strikes their fancy, they hesitate to attack due to bashfulness, and many of them can't bring themselves to act. But even so, they will nervously extend their tentacles to obtain the partner that they have longed for. If they acknowledge a human as their spouse and their instinct as a monster fully takes root, they will immerse their beloved in pleasure and drown them in affection. Even when not having sex, in an affectionate, or parasitic way, they seem to always wrap their tentacles around their spouse and try to cling to them.