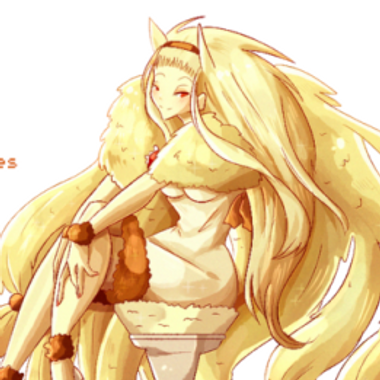 UsagiKushami
I do mostly NSFW writing commissions for furries and human characters alike! You have may have heard of me in some niche places on the internet. If my stories are fun for you, then I think you would enjoy being a subscriber!
May 07, 2019 03:43
Public post
This content was created for artistic and entertainment purposes FOR ADULTS ONLY and may include pictures and materials that some viewers may find offensive. If you are under the age of 18, if such material offends you or if it is illegal to view such material in your community please exit the page IMMEDIATELY. All depicted characters are fictional. No live victims were produced during this content creation and no harm was imposed upon any live creature. All characters depicted in sexual situations are 18 years of age or older and of the age of consent, even if it looks otherwise. Acts depicted are all consensual.

This fic is one of my most popular ones on the sneeze fetish forum. I was not at all expecting it, but I appreciated it regardless. Adam is a fun cutie to write! This has a lot of nose kink/sneeze kink related things in it, as that was the target audience, but I am quite versatile in the area of kink writing, and I feel like this proves I'm capable of writing some out there things!...Or you're here for the sneeze kink stuff which I'm A OK with as well!

Adam scrunched his nose up and sniffled as he typed. It was hard to do, he was so stuffed up. He sighed looking at his reflection in the mirror. His nose was bright red and he looked exhausted. He brought up to his hand and rubbed the irritated appendage. He used his palm and rubbed it in a soothing circular motion.

His nostrils started to flare in and out. Fuck. He was going to sneeze all over his computer. He quickly felt his desk for a tissue. His eyes widened a bit when he didn’t feel it. He felt the sneeze grow stronger and his head tilted back.

“Ohhh…n-no…ehhh…iehhhh…come on…d-dont…sneee….don’t sneeiehhh….” Adam scrunched his face up as he looked around eyes half closed. Tissue tissue, he needed one. He needed one fast, he couldn’t hold this back for much longer. The cold made his nose tickle very badly, worse then any amount of dust creeping up inside there. Crap, now was a bad time to think about dust.

Adam finally surrendered to the sneeze. He brought the long sleeve up to his face and gasped, giving into the irritation.

Adam cringed a bit as he felt the spray hit the long sleeve. He shivered a bit and started to cough. He pressed his mouth against his sleeve, still trying to be polite. If anyone came here he didn’t want them to get sick as well. After a moment he let out a moan and pulled his sleeve away. Adam didn’t move for a moment and he scrunched up his nose.

No tickly feeling but his nose still felt really stuffed. He sighed and put his hand back on the desk. He started writing again, but before another word was even typed, his nose twitched, his nostrils splayed out wide again. There was no further warning.

Adam let out another two sneezes, sounding completely helpless. He blushed a bit as he felt it. He certainly felt way less stuffy now, but his nose was running, some mucus dangling from his right nostril. He put a hand over his face to cover it, feeling embarrassed. He got up looking for the tissue box and found it near his bed.

He sat on it the soft covers inviting and warm. He brought the tissue up to his cold ridden nostrils and blew as hard as he could. He could practically hear how clogged he was and cringed. Adam put the tissue down and moaned. Now he could breath better but every breath seemed to cause another small itch in the back of his sensitive nostril, making both twitch and flare out, practically begging him to let out another sneeze.

He put a hand up his nose scrunching up. It twitched and wriggled and Adam allowed his eyes to fall shut.

Adam expected one of his more small sneezes. Instead the tickle went away leaving his nose an itchy mess. He sighed and moaned looking up at the ceiling. After dealing with the sensation for a few minutes, sniffling and scrunching his nose wasn’t doing it anymore. The tickle was right there but refused to come out. He had had it.

Adam abruptly sat up and walked over to his bathroom. He grabbed some tissues and some q-tips. He then went back to his bed and laid down trying to get comfortable. He didn’t want to get anybody sick, but he lived in this dorm alone…if he just let all these sneezes out, no one would get sick. Adam looked down at his twitching, cold ridden nose.

He decided in that moment that he just wanted to allow himself relief. Adam brought the q tip to his left nostril, and twirled it around the opening, making it twitch and flare open almost inviting the ticklish object in,. “Eiihhh…eeiiihhh…” Adam’s eyes started to close and tear up. God it was tickling so badly. He knew it would be messy, he wanted to try and suppress his sneeze and clenched his teeth. His nose had other plans however. It wanted to release everything in a massive explosion, no matter how wet and messy it was going to be

Adam then pushed the ticklish tool in deeper. He gasped putting his head back a little more. His mouth opened and he stopped fighting. Adam was going to let out the sneeze fully whether he wanted it or not. “EEiiehhh….hhhehh…aehhh….EEEHHH…” Adam felt the q tip brush against the most sensitive spot.

Adam shook his head a bit and then dropped the q-tip. Still it stayed in his nose, and kept brushing against the sensitive walls with every breath he took. “Geeihhh…heh….EEHHHH….HEEEIHH….EEEESSSSHIUUUUU” Adam shot forward from the sneeze. So much he got into a sitting position, body tensing as a thick spray burst out of his nose and mouth. The q-tip was shot out a few feet away onto his bed-sheet.

Adam whimpered a bit another twitch from his nose. “EHHHH…EEEEIISHHUUUUU! EEESSHII! IIIHHHSHUUUU…HEH…HEEEHHH…GEEEHHHH….IIIISHHHHUUUU” More spray was released over and over. Adam could feel his nose being cleared out with each sneeze. At the last one he flopped back down. He closed his eyes and closed his eyes and moaned feeling his nose run. Adam reached up and resisted the urge to sniffle and let the irritation back inside his cleared nasal passages.

Adam rubbed his nose with his index finger, and cleaned it off with the tissue. He then realized he should have just used it to begin with. He treated his nose gently, and wiped up the mess from his sneezes. Adam sighed heavily and brought his fingers back up to his nose. He poked the tip and then pressed the tip up a bit, rubbing it in a circle. He let out a bit of a moan at this.

He was embarrassed to admit but he liked it when his nose was touched and messed with. It felt so good to touch it, it was sensitive so every little movement was something he could feel. His nostrils fluttered seeming to enjoy the touch. He continued to rub it up and down with his index finger.

“Mhmmm…so…so good…” he mumbled. He trembled at the feeling. There was a small tickle in the back of his cold riddled nostrils but he didn’t care. He stopped pressing his nostrils upwards. He moaned a little bit. Pressing them up helped him breathe better as well. He closed his eyes. His nostrils feeling less stuffed as he got some air inside. They suddenly twitched a bit under his finger which felt. One eye closed as he tried to fight it at first. No no he just got his nose clear! His nostrils flared and he put a finger under them. Please no more sneezing, no more-

It was unfortunately too tickly for him to fight. His nose became all stuffed up again and he moaned.

It looked like he may need to ask Aubrey a favor. She wouldn’t mind doing the assignment for him, but he would be sure to pay her back. Though he would need to get his nose back under his control so he wouldn’t give her this horrible tickle he was feeling as well…