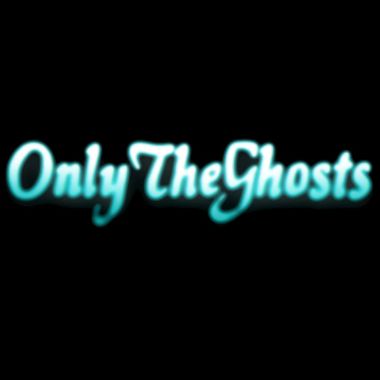 OnlyTheGhosts' Stories of the Sexy and Fantastic
Hi there to the world! I’m here to write hot stories, mostly fantasy/science-fiction. Stories of mystery, drama, and passion. Stories featuring nubile maidens, flawed heroes, and nefarious acts of villainy, set in worlds both wondrous and alive…. About me: I live in Japan in the Kansai region but in the countryside close to forested mountains and near Japan's largest freshwater lake. I have written many stories under other names. Sometimes as a guy. Sometimes as a girl. A few years ago, I started using the name OnlyTheGhosts for all of my artistic endeavours.
July 21, 2019 13:57
Public post
This content was created for artistic and entertainment purposes FOR ADULTS ONLY and may include pictures and materials that some viewers may find offensive. If you are under the age of 18, if such material offends you or if it is illegal to view such material in your community please exit the page IMMEDIATELY. All depicted characters are fictional. No live victims were produced during this content creation and no harm was imposed upon any live creature. All characters depicted in sexual situations are 18 years of age or older and of the age of consent, even if it looks otherwise. Acts depicted are all consensual.

The Awakening: Book One

Glimmer in the Dark


Shine Malloy is a teenage girl who wants to experience joyful and wonderful mysteries in her life. She wants to live in a world in which superheroes could really exist among us. She's forgotten that could mean there are supervillains hiding among humanity as well.

Glimmer in the Dark will be the 1st novel of a series "The Awakening", starting in late September 2019

Hopefully, I'll have Part-3  ready by the end of March 2020 (Apologies for the delay, on account of the Wuhan Flu. I'm mostly recovered now, I hope).

Introduction to the Story


The story is set on a world where history went a familiar yet slightly divergent path from ours, an echo of what could have been yet not so different. The names of nations aren't quite the same, their cultures vary a little bit from what happened in our history. There's an American Union rather than a US-of-A, and it's on the verge of collapse from familiar economic and political issues. Red China never fully embraced capitalism and the the Indochina War (Vietnam War) ended in scandals about the lies used to trick Americans and Australians into fighting it. World War Two lasted longer, and the Pacific War started a couple of years later than it did on our world. There are other corporation names that are popularly known, and some of the celebrities you know aren't famous for the same deeds.

The novel's events mostly take place in that world's version of Australia, in the small city of Tearmann, population roughly a million. Australia in 2027 A.D. in that world's history encouraged more immigration with corporate sponsorship for workers, resulting in a population of over 40 million. Feminism was beaten in the ideology competition back in the 1970s, by Neo-Humanism which over decades since has dominated government policies and the media. The Neo-Humanists have brought equally as much change as socialism and feminism did in our world, in a different direction and with differing goals.

The story begins several years after a nuclear terrorist attack devastated San Francisco and a few years after the North Atlantic Bloc lost a major war in Central Asia. The future isn't inspiring of optimism to teenagers like Shine Malloy and her friends. They struggle with the problems of high school cliques, teachers that seem too strict, and parents whose motives can sometimes be unfathomable. To Shine Malloy, not yet sixteen years old at the start of the story, all of those news reports of wars and politics aren't relevant to her. Likewise, of what importance could a high school girl possibly be to the rest of the world? She's just a normal girl. She wished that wasn't true, but that's what life has given her. Still... she can dream and hope. At least for less disturbing dreams than those which she's seen lately at night. Dark dreams that wake her up sometimes hot and panting. Frightening dreams. Ominous dreams that confuse Shine about her own sexuality and also fill her with a terrifying sense of looming evil.

There will be occasional artwork. I'm a writer who can draw and paint too.

Part-1 and Part-2 of each book are free for all to read, monthly $3.50 subscription gives access for reading all of the story from Part-3 onward. I plan for each book to resemble the style of old classic pulp novels and magazines in that there will be occasional illustrations for at least a dozen important scenes during a story, mostly in black and white.

Part-1 are Part-2 have been uploaded already

(Dedicated to Lovelynice  - wherever she may be.)

The following Author's note applies to all of my stories: These stories can be sexually explicit, may have violence, horror, and controversial ideas. These stories aren't suitable for minors. If you can’t accept the concepts in these stories, or are offended by them, or lack the mental maturity to be polite in your comments to me about these stories - then stop reading immediately. Nobody is forcing you to read what I write, so if you don't like the story, then go elsewhere. These stories are works of fiction, and all characters are based on ones created in the author's mind.

Q: Why $3.50?
A: Most of it is to cover the fees and currency exchange rates into Japanese Yen. I'll be lucky to see $1 out of each subscription.

Q: How frequently will there be uploaded new parts of the story?
A: The 1st Part took me over 2 months, but I'll gradually be getting faster as I get back to my old writing speed. I hope to upload a Part (7,000 - 10,000 words) each month over the next few months, and eventually reach a pace of one Part every week.

The above blog has additional notes for the setting background, maps of locations that appear in the novels, and my thoughts regarding writing of these stories.