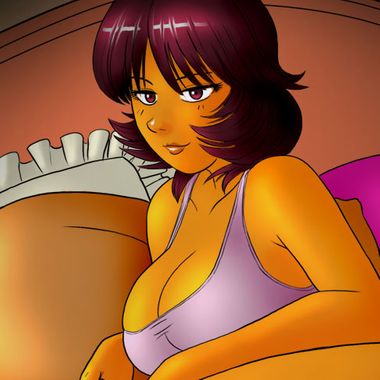 The Saloon of Thraeh
Erotic Digital Comics - minors away
December 16, 2020 11:55 AM
Public post
This content was created for artistic and entertainment purposes FOR ADULTS ONLY and may include pictures and materials that some viewers may find offensive. If you are under the age of 18, if such material offends you or if it is illegal to view such material in your community please exit the page IMMEDIATELY. All depicted characters are fictional. No live victims were produced during this content creation and no harm was imposed upon any live creature. All characters depicted in sexual situations are 18 years of age or older and of the age of consent, even if it looks otherwise. Acts depicted are all consensual.


Yesterday Twitter blocked my account for no-reason alledging I was into suspicious act, so my acount @DThraeh is blocked unable to recover it. What suspicious act. I've been posting kinky and NSFW stuff, which thousands are doing it, but it's me the blocked one. Seriously that platform administrators are sick.

That's why I announce I opened another Tw account which is going to be the official meanwhile, anyone can follow me though @SaloonThraeh as my backchute account. Fucking Twitter should know how difficult is to get followers and promote the art when you are not active in social media, I spend my time doing useful things.
Comments (3) loading...
Like(1)
Dislike(0)

Atlantis27
I think that you should try creating multiples accounts on alternative platforms like Instagram, Gab, Parler, Telegram and VK if Twitter's and Facebook's disastreous policies are too much for you to stand.
6 months ago

The Saloon of Thraeh
Indeed I've been loking forward to open more accounts. Gab and Parler are new to me. I'll research about it. Thanks.
6 months ago

Atlantis27
Really nice and sultry pieces of lingerie, by the way.
6 months ago