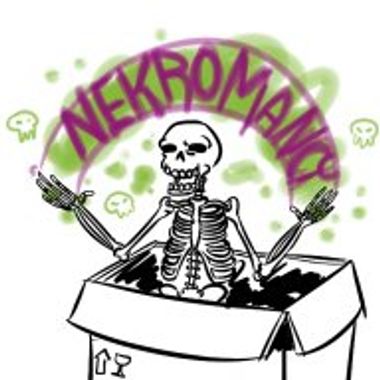 Thread Necromancer
I enjoy writing stories, especially lewd stories. Support me here if you want to see more stories more frequently!
November 18, 2020 12:52 AM
Public post
This content was created for artistic and entertainment purposes FOR ADULTS ONLY and may include pictures and materials that some viewers may find offensive. If you are under the age of 18, if such material offends you or if it is illegal to view such material in your community please exit the page IMMEDIATELY. All depicted characters are fictional. No live victims were produced during this content creation and no harm was imposed upon any live creature. All characters depicted in sexual situations are 18 years of age or older and of the age of consent, even if it looks otherwise. Acts depicted are all consensual.
Central Organic Intelligence (Original Draft)

As always, any and all feedback is highly appreciated.

Yet despite that, she saw more somehow. Not like when she had tried to see through her bugs and got nothing but indecipherable flashes, but actual images and noises. Much like her swarm, Taylor while being fucked and made to cum, could see through what seemed to be cameras in some kind of facility. It was hard to really focus on anything while being fucked, but Taylor saw people walking around as she spasmed while being fucked and desperately wiggled her hips the little bit that she could, however she wasn’t quite sure if she was trying to avoid the pleasure, or seek more of it.

They were dressed in some kind of jumpsuit. Some of the suits were skin tight, and some were rather baggy. They were all different colours of the rainbow. Taylor wondered if she had a jumpsuit as well, but considering that she was being fucked and made to feel sooo goood she was probably naked.

“You checked your bunk out yet?”

Lisa… Taylor could hear Lisa, then she saw her, on the cams. She was walking down a corridor with Aisha. The both of them had skin tight jumpsuits, Aisha’s was grey while Tattletale was in a purple jumpsuit that was the same shade as her costume.

Taylor saw Lisa and Aisha look up at something on the ceiling, Lisa looking inquisitive, while Aisha looked up questioningly. Taylor through her various mics could hear some kind of static coming from somewhere, before it cut off. Aisha shrugged it off, but Lisa continued to stare as she started to follow Aisha.