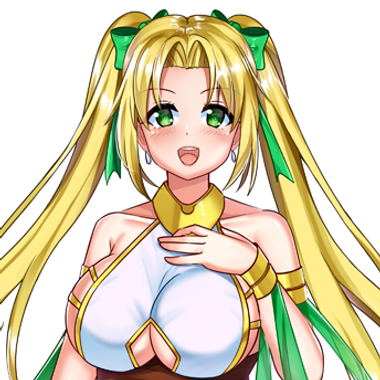 LeelaK
NSFW Adult Fetish Game Developer... and a tad Kinky!
August 28, 2020 03:25 AM
Public post
This content was created for artistic and entertainment purposes FOR ADULTS ONLY and may include pictures and materials that some viewers may find offensive. If you are under the age of 18, if such material offends you or if it is illegal to view such material in your community please exit the page IMMEDIATELY. All depicted characters are fictional. No live victims were produced during this content creation and no harm was imposed upon any live creature. All characters depicted in sexual situations are 18 years of age or older and of the age of consent, even if it looks otherwise. Acts depicted are all consensual.
== GAME UPDATE: Milfairy Tales V.0.2026 (NEW LINK + MAC Version) is UP!!! (Public Release) ==

This has been such a big endeavor, but nothing beats seeing it getting into shape! Chapter 2 is here guys, this closes the official introduction of Milfairy Tales' setting and story! Let us begin our journey together, with tons of fun, adventure, mischief and tons, and tons of really forwardy Milfs! \ ( ^ ~ ^  ) / - Hyaaa~hhh! The 'ara, ara' intensifies!

As always thank you very much for everyone that has been supporting this project! To my wonderful partners and friends for their support for this creative outlet and joy that is game-making! Let's get even more into the world of Milfairy, the story of our new hero is just only beginning!

If I get enough support I plan to start the production of Chapter 3 after at least a week of a quick break. I still have to juggle with whatever free time I have to work into making the game. Our artist also works really hard to make sure everything matches the vision without changing his beautiful style! We work as hard as we can to make sure the game is fun, interesting, unique, and follows my original view of some 15+ years ago!

I would like to warn you guys that I didn't have enough time to properly test as much as I'd like. So please let me know if you run into any bug or game crashing situation. I heard that RPG Maker has tons of limitations and compatibility issues that I haven't taken into account or learned how to properly deal with yet.

There are TONS of new systems in place in this version, and because of that, unfortunately, you guys will have to start a new save. I'll upload a save file with a complete Chapter1 soon, just in case you guys want to skip it, although there are a few new things and optimizations on Chapter 1 as well (you can visit a bit of the temple in chapter 1, new dialogues, etc).

PS: there's a mad awkward makeshift solution for the Gallery, there's a total of 59 CGs (not 999) to collect, guys! :3
PS2: I'm still figuring out the best way to add the Mac and Android versions. Mac version is very likely, just gimme some time.


Here are the new links!