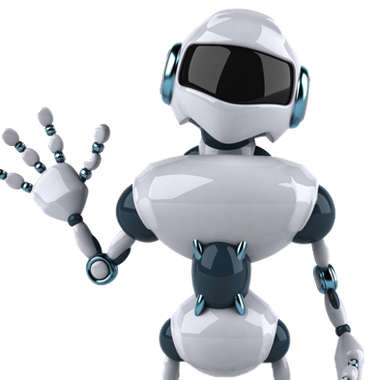 nightcityproductions
My handle is Baal7734. I've been working on adult games for the last 3-4 years now. Most noteably would be Superpowered, an adult resource management game, with a humor/superhero flavor. My content is for a 18+ year old audience.
February 09, 2019 01:32
Public post
This content was created for artistic and entertainment purposes FOR ADULTS ONLY and may include pictures and materials that some viewers may find offensive. If you are under the age of 18, if such material offends you or if it is illegal to view such material in your community please exit the page IMMEDIATELY. All depicted characters are fictional. No live victims were produced during this content creation and no harm was imposed upon any live creature. All characters depicted in sexual situations are 18 years of age or older and of the age of consent, even if it looks otherwise. Acts depicted are all consensual.

As I stated earlier this week, I wanted to give everyone a quick little overview of the game I'm working on. Here's a list of things I wanted to make sure were in the game.

So what do those all mean?

Modular characters: I have a system I refer to as Archtypes. Archtypes represent a collection of intrests and bans. So for example, Diane(see above) is the MCs mother. She has the Mother Archetype. The Mother Archetype dislikes overly sexual, lazy, or crude behavior, while also liking tidy, responsible, and good mannered behavior. Archetypes however are not permanant. Each character has some additional space to learn new intrests, and if the right collection of intrests are unlocked on a character, you have the potential to change a characters archetype. Which can happen multiple times.

Simple gameplay with the option for advanced strategy: I want there to be a pretty straight forward way to get each character into an AdultOnly state, but to also have more advanced Archetypes that may be more difficult to reach, that are more rewarding in other ways (such as unlocking new skills, additional scenes, introducing new characters). I also don't want any given Archetype, to lock out other archetypes. So for example, if you pushed Diane into being a Lush, I would make sure there was a way for you to also convert her into a Trophy Wife though that may be a lot of work to get to.

No wasted clicks: I plan for every action you take, to give you something. Clean your room...get some xp and Diane favor. Peep on the neighbor, get some xp. Watch a video, get some xp and pick up a conversation topic. Everything you do will advance you in some way, and I plan to use RNG very sparingly. So that you're never just cyceling to try and trigger any specific event.

Cleaner UI: This is specifically in comparison to SP. SP has such complex systems that the Tooltips, tend to be painful to read, and a lot of systems are just not explained in the game, because there's no good place to put those explinations. Not so with this game. I want every tooltip to be pretty easy to understand. It also helps that I'm redering in 16:9 Ratio, so there's a lot more room to explain things if needed.

Animations: I don't plan on animating every scene. But every Archetype will have at least one or two animations. I know that's a big sticking point for some people.

Finally I added a video for you to watch if intrested. It's a very tiny glimpse of what I've got so far. Keep in mind that this is the third time I've built this, and I'm only demoing about 6 hours of work. I say demoing, but this isn't even a tech demo yet. Only the foundation of a game has been made. So try to keep your expectations low :P