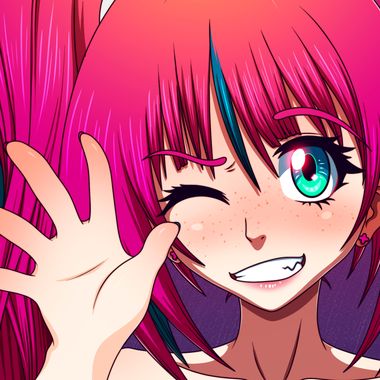 Kinky Fridays
We are Kinky Fridays, and we create lewd adult only games!
27 Mar 10:52
Public post
This content was created for artistic and entertainment purposes FOR ADULTS ONLY and may include pictures and materials that some viewers may find offensive. If you are under the age of 18, if such material offends you or if it is illegal to view such material in your community please exit the page IMMEDIATELY. All depicted characters are fictional. No live victims were produced during this content creation and no harm was imposed upon any live creature. All characters depicted in sexual situations are 18 years of age or older and of the age of consent, even if it looks otherwise. Acts depicted are all consensual.

Welcome everyone to Snap Shot 05 for Expose Knight! Things really did slow down a whole lot with the development of the game. The major reason is related to art and the process used for animation. Let me elaborate...

Our artist for the original design of Expose Knight is extremely talented, her art was striking and beautiful but it left us in a position of waiting. Meaning it took several weeks to put out prototype art which would allow us to build mechanics of the game around the combat loop. Once we did get a prototype build of the game, our expectations of the gameplay came crashing down, in its current state, the game was just not fun.


We needed to change.
A big difference I know, with this change the following as also been changed.

- The game is now far more arcadey and faster moving.
- Characters are now animated in a more exaggerated style, boobs bounce far more and reactions are more anime based.
- Gameplay is now about matching slicing patterns to parry your targets, meaning if they make a Z cut like Zorro you need to match that motion to fend off the attack.

- With the art style change, we can include far more Waifus to battle and compete against, and that is the key reason for the change.
- With a focus on arcadey fast gameplay it means beating a lady in combat can now be far less realistic, when beaten you will get a quick overlay of the Waifu having her clothing destroyed.

- Boobs are the major focus for the game now, great focus will be put on animating the breasts to be as satisfying as possible.


Being a game designer is about knowing when things are not working, and not being so arrogant to think your original design will work. Hopefully this makes sense, and you all were not too committed to the original design. This will result in a much better game and honestly that is our goal to achieve.